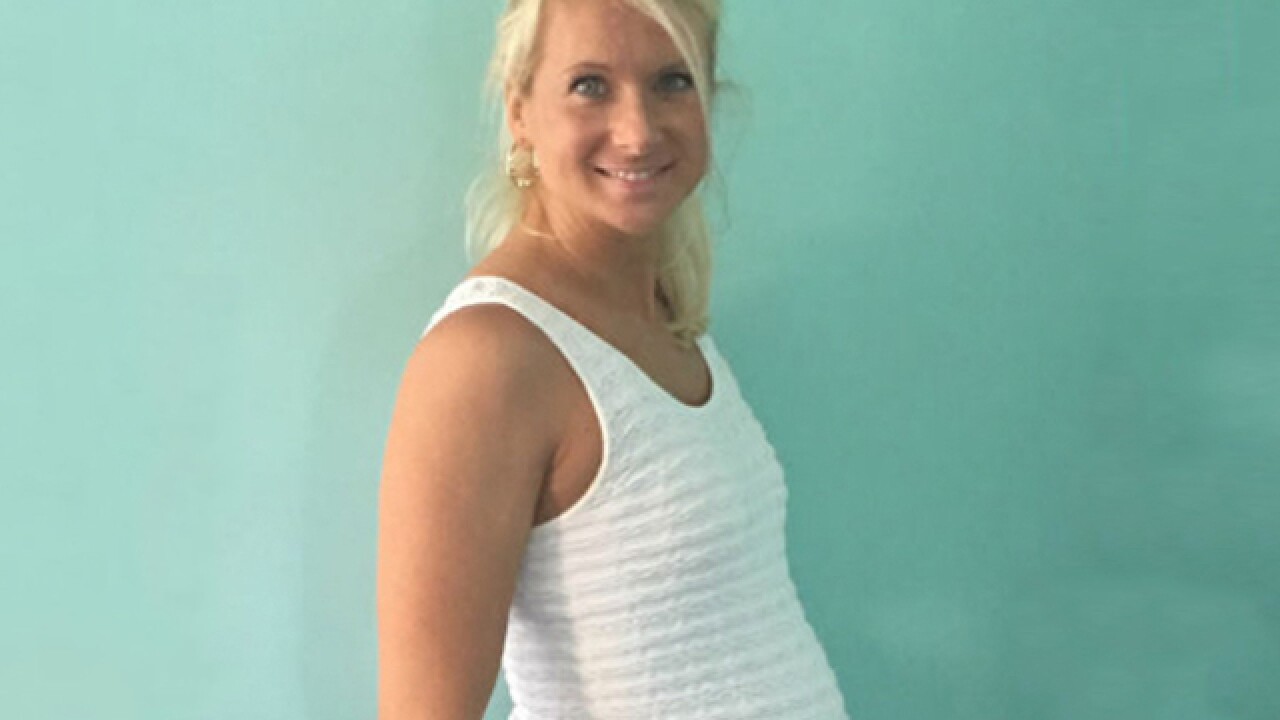 Copyright 2018 Scripps Media, Inc. All rights reserved. This material may not be published, broadcast, rewritten, or redistributed.
<p>Traci Hall at 24 weeks pregnant (Provided)</p>

FLORENCE, Ky. – A Florence, Kentucky couple is suing First Watch, a chain restaurant with locations in Ohio and Kentucky, claiming a restaurant employee gave the then-pregnant wife a to-go cup filled with degreaser instead of the green tea she ordered.

Traci Hall left the First Watch at 7727 Mall Rd. in Florence walked into the parking lot, took a sip from the lidded cup and felt “a painful, burning sensation in her mouth and throat,” according to the lawsuit.

Here’s what happened after that, according to the lawsuit:

Hall immediately went inside and asked her server what was in the cup.

The server found the busboy who filled it and asked where he got it.

The three of them walked into the kitchen and the busboy pointed to the spigot on the wall next to the drink refill station.

Another server saw the busboy point at the spigot and said, “That’s degreaser.”

At that point, Hall was "shaking and panicked."

READ the lawsuit here or below.

The degreaser, called Greasestrip Plus, consists of sodium hydroxide, a  “toxic commercial cleaning product,” the lawsuit says. The safety data sheet published by the maker, EcoLab, does not indicate if Greasestrip Plus is dangerous to unborn babies when swallowed by the mother.

“The monitoring did not reveal any detectable problems with Traci’s baby,” the lawsuit says. Nevertheless, for the next three months, she “experienced severe emotional distress, anxiety and sleeplessness.”

“Doctors have not been able to detect any problems that can be directly attributed to Traci’s ingestion of sodium hydroxide; however, Traci still worries about possible long-term effects to either her or her son,” according to the suit.

Hall and her husband, Brian Hall, are suing for negligence and loss of consortium and seeking damages in excess of $25,000 on each count.

WCPO reached out to First Watch Restaurants for comment on the lawsuit. A spokesperson at the corporate offices in Florida, Eleni Kouvatsos, responded by saying:

“First Watch has not been notified of any newly filed suit regarding this incident. Therefore, we have nothing to share at this time.”

NKY Health has no complaints for that First Watch location since it opened in 2015.