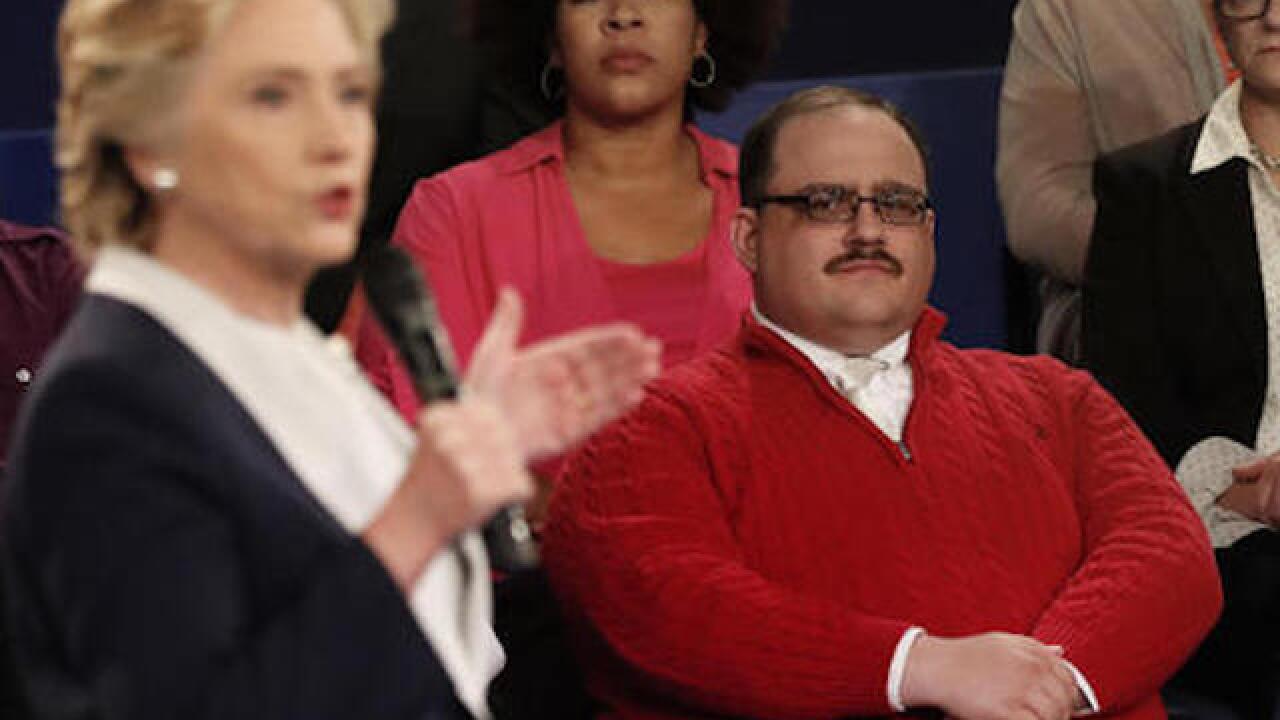 The mustachioed undecided voter from Illinois clad in a red sweater and khakis became an internet sensation almost instantly Sunday night when he took part in the town hall-style forum by asking the candidates about energy policy.

In a Monday morning interview with St. Louis radio station KFNS, the power plant worker explained that he was initially unaware of his newfound celebrity because participants in the forum weren't allowed to have smartphones with them.

"When I got back to my car and turned it on I had 423 Facebook friend requests," Bone said. "I just went ahead and accepted them all and it made me feel good about myself for a minute."

Bone also gained thousands of Twitter followers in the hours after the debate. Some Twitter users have saluted him with edited photos. One takes after the iconic "HOPE" poster from President Barack Obama's 2008 run. GQ magazine has gotten in on the fun by posting a "Ken Bone Halloween costume kit ," which includes a red sweater, glasses, a fake mustache and a microphone.

"I'm going as myself for Halloween. It will be the best costume ever," he said.

Bone has been inundated with media request since his appearance, telling KFNS that he was booked for an appearance on ABC's "Jimmy Kimmel Live" Monday.

Bone may have found internet fame during the debate, but he still hasn't figured out who he'll vote for. He plans to wait until after the final debate next week to make that decision. He hopes the newfound attention on him as an undecided voter encourages people to focus on the issues.

"I'm just trying to get the message out there to keep everybody involved in the political process," he said. "It's the most important election of our time."