Kayaker discovers skull near Kansas River; likely been in river for decades 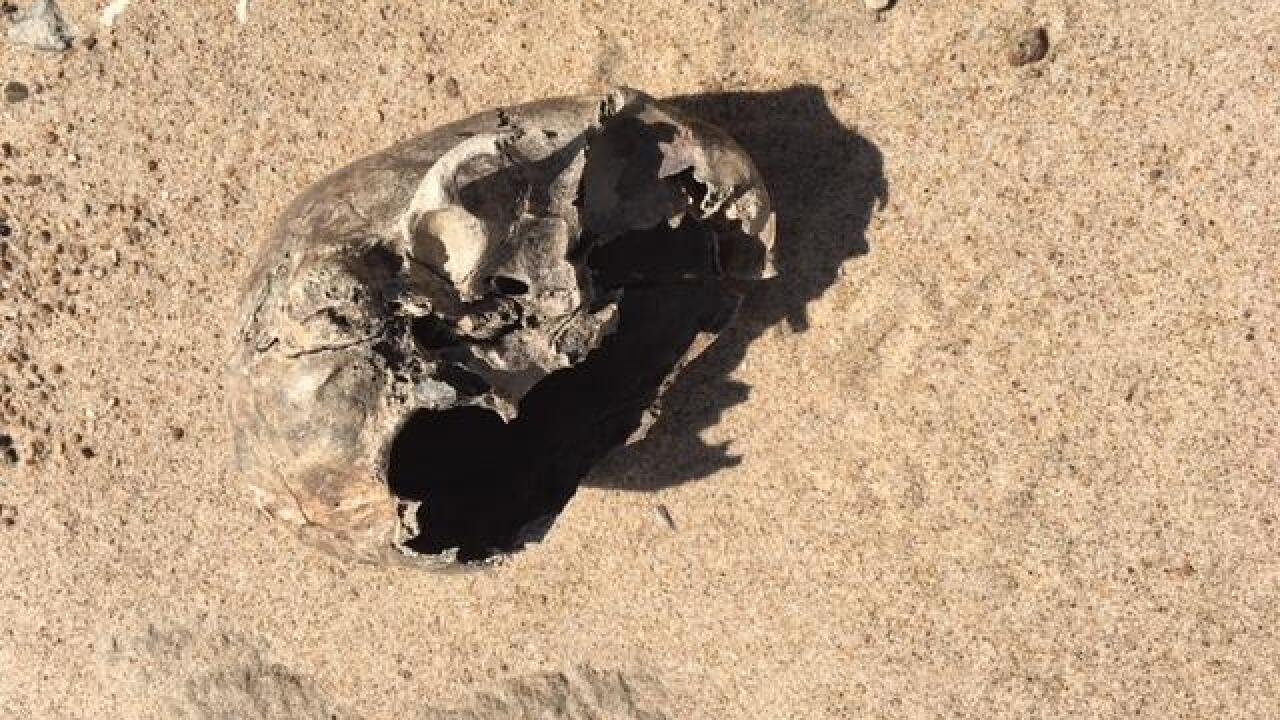 Copyright 2018 Scripps Media, Inc. All rights reserved. This material may not be published, broadcast, rewritten, or redistributed.
<p>Photo courtesy of Larry Lang.</p> 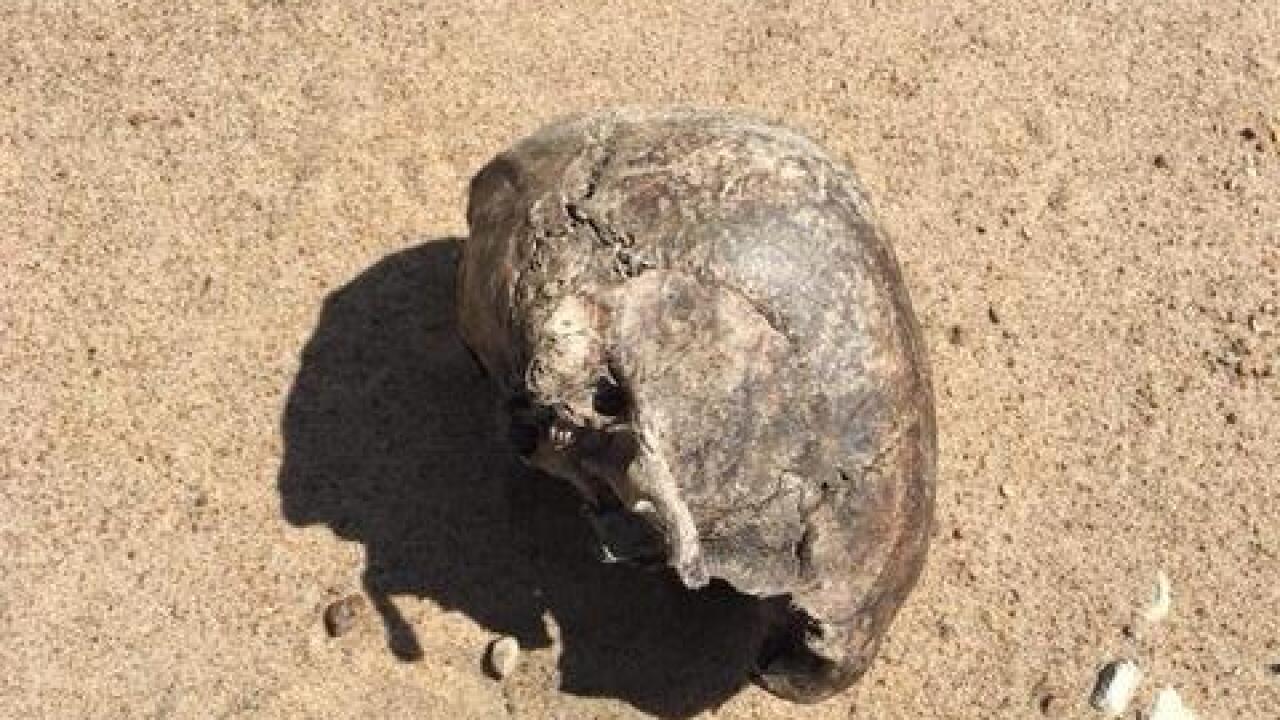 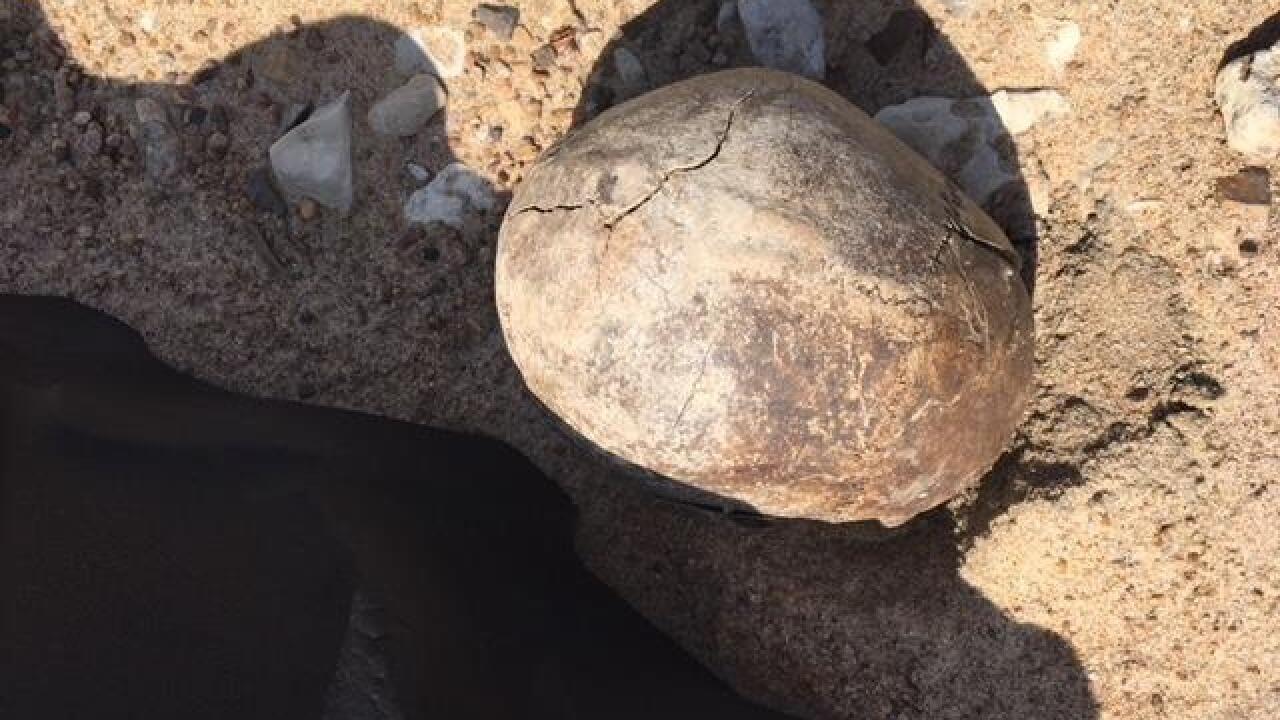 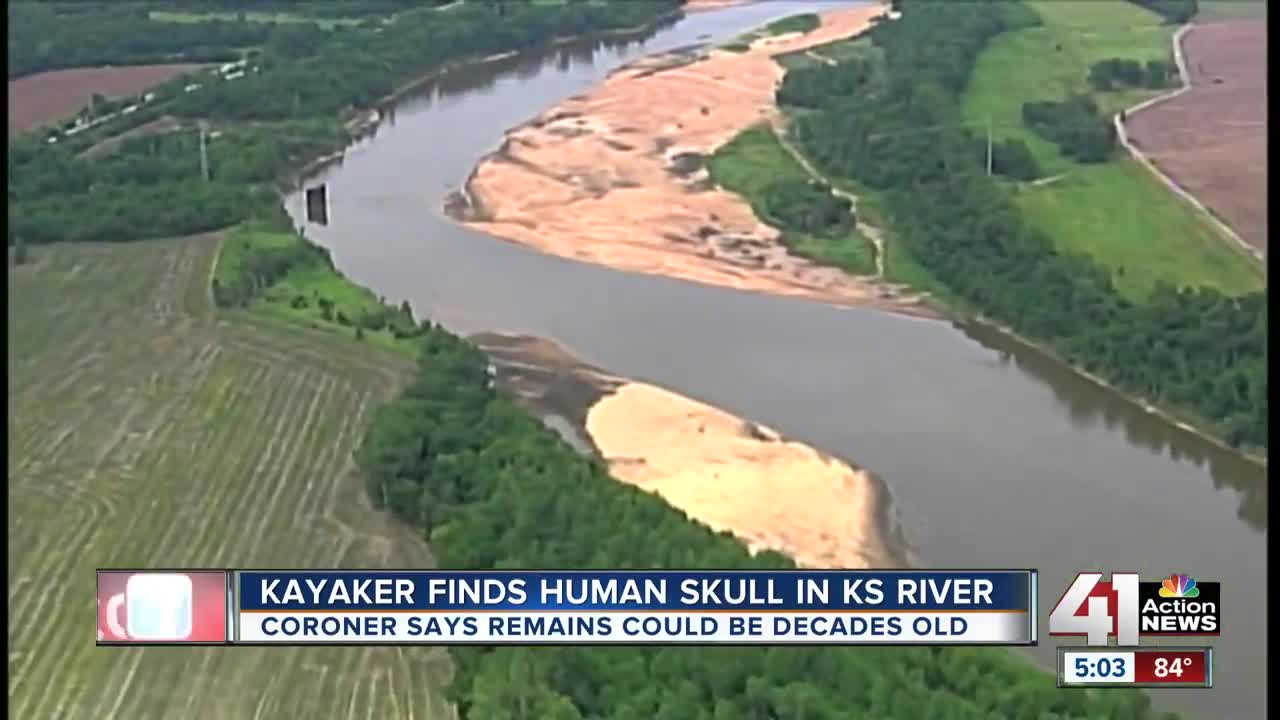 BONNER SPRINGS, Kan. – A kayaker digging for rocks along a sandbar Sunday in western Wyandotte County in Kansas discovered a man's skull.

The Bonner Springs Police Department said the kayaker alerted police, who responded to an area near 142nd and Loring Lane just west of the Kansas River.

"From what was available on the skull, we couldn't find anything substantiating that there was foul play, but it wasn't much of a skull to examine. It was the partial side into an eye socket. There were no signs of blunt force trauma," Detective Adam Kahn said.

The Wyandotte County coroner's office turned the skull over to a forensic anthropologist to study.

The lines on the back of the skull indicate the man was middle-aged to elderly when he died. The skull could have been in the river for decades, maybe even a hundred years.

"They believe the bones may be older, possibly Native American, probably extremely old," Kahn said. "We have been told, some of the anthropologists in the area, that a lot of Native Americans were buried along the river."

Over at the Bonner Springs Historical Society, we got a look at some old maps of the Kansas River. The current erodes the banks, and map expert Monty Gross says changes along the river have the ability to stir up remains of someone who died long ago.

Kahn said they've gotten calls from people wondering about missing persons cases, but right now it's too soon to tell.

Police searched the area of the river Tuesday morning. The spot is hard to get to from land; they had to trudge through about an hour's worth of woods to get there.