Judge rules again that President Trump must turn over tax returns to D.A. 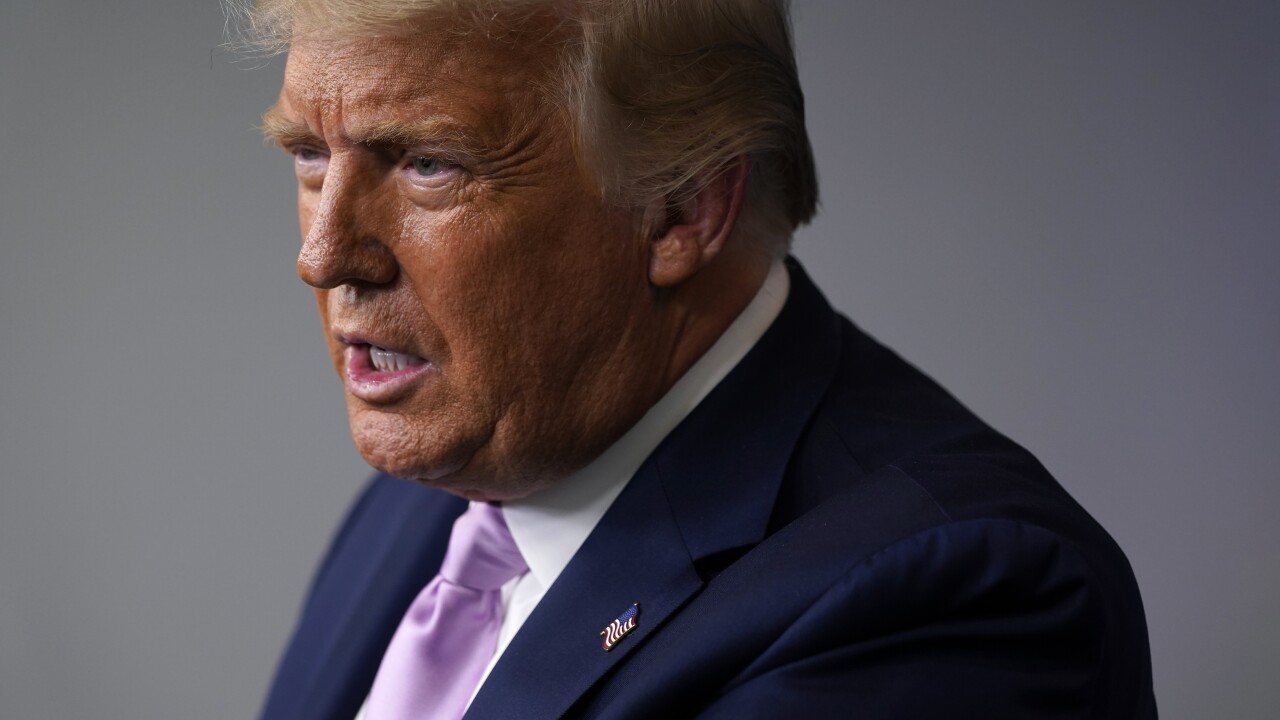 A federal judge has reportedly thrown out President Trump’s latest effort to block the Manhattan district attorney from subpoenaing his financial records, according to multiple outlets.

President Trump’s lawyers made their final arguments to block the prosecutor from getting his tax records on August 10. U.S. District Judge Victor Marrero issued his ruling Thursday.

The same judge refused to throw out the subpoena last year. Then this summer, the U.S. Supreme Court essentially upheld his decision when they returned the case to the lower level, saying Trump’s lawyers were entitled to challenge the subpoena in the same manner as anyone else.

District Attorney Cyrus Vance says his investigation into Trump’s business practices is entitled to extensive records to aid a “complex financial investigation” and they cited in their papers public reports of “extensive and protracted criminal conduct at the Trump Organization.” He is seeking eight years of Trump’s personal and business tax returns.

BREAKING: A federal judge has thrown out President Trump’s effort to block the Manhattan district attorney from subpoenaing his financial records. pic.twitter.com/vv6fxFtn3k

Trump’s lawyers argued that the request for tax records dating back to 2011 was retaliatory after the president’s company, the Trump Organization, disputed the scope of a subpoena seeking records from June 1, 2015, through Sept 20, 2018.

Trump has denied the affairs.