Judge: Bolton can publish book despite Trump administration's efforts to block it 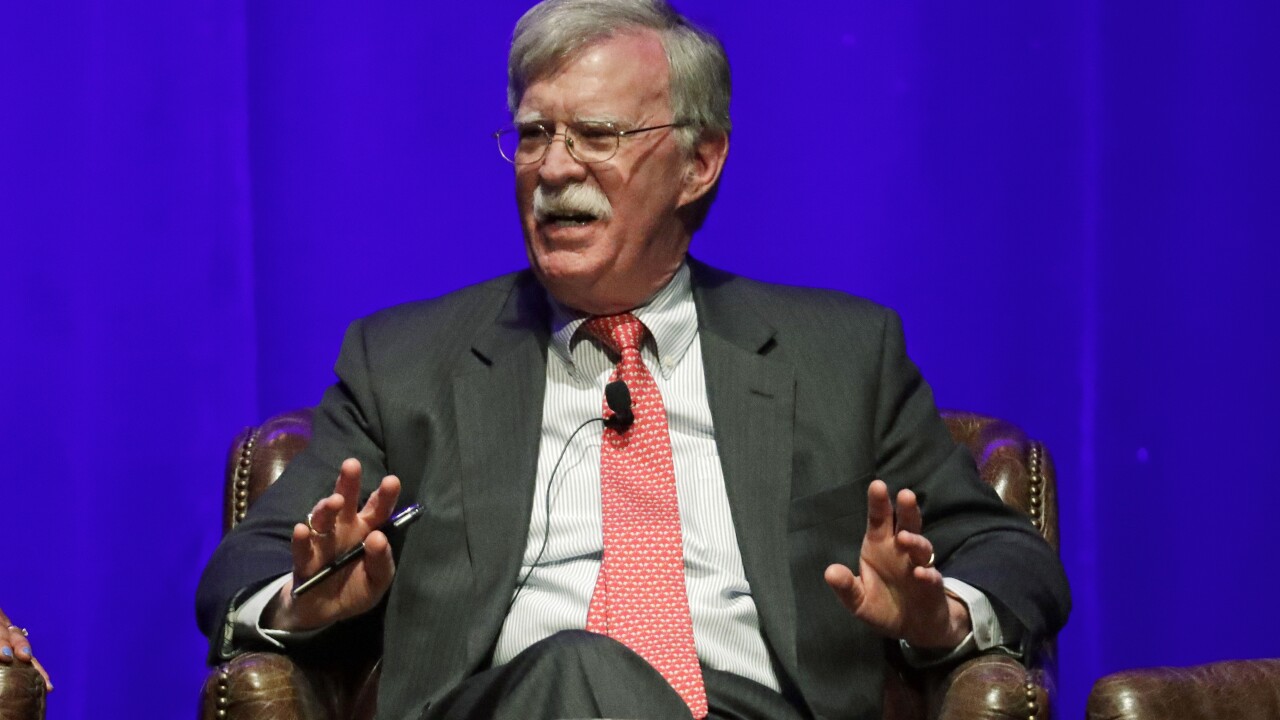 Copyright 2020 The Associated Press. All rights reserved
Mark Humphrey/AP
FILE - In this Wednesday, Feb. 19, 2020, file photo, former national security adviser John Bolton takes part in a discussion on global leadership at Vanderbilt University, in Nashville, Tenn. Bolton’s book “What Happened In the Room,” has been delayed from May 12 to June 23 according to listings from Wednesday, April 29, 2020, on the website of publisher Simon & Schuster and booksellers like Amazon and Barnes & Noble. (AP Photo/Mark Humphrey, File)

The Trump administration had tried to block the release because of concerns that classified information could be exposed.

The decision from U.S. District Judge Royce Lamberth is a victory for Bolton in a court case that involved core First Amendment and national security concerns.

The ruling means a broader election-year readership and distribution for a memoir that paints an unflattering portrait of President Donald Trump’s foreign policy decision-making during the turbulent year-and-a-half that Bolton spent in the White House.

Bolton wrote in his book, “The Room Where It Happened,” that Trump pleaded with China’s president during a 2019 summit to help his reelection prospects by purchasing more American farm products.

Bolton writes that he is “hard-pressed to identify any significant Trump decision during my tenure that wasn’t driven by re-election calculations.” And he says Trump “remained stunningly uninformed on how to run the White House, let alone the huge federal government.”

Bolton also alleges Trump told China's leader he was right to build detention camps to house hundreds of thousands of ethnic minorities. Bolton writes that at a summit in Japan in 2019, Xi Jinping gave Trump an explanation for building the camps for Uighurs, who are ethnically and culturally distinct from the country’s majority Han population.

Bolton writes, “According to our interpreter, Trump said that Xi should go ahead with building the camps, which he thought was exactly the right thing to do."

The allegation came the same day Trump signed legislation that seeks to punish China for its brutal crackdown.