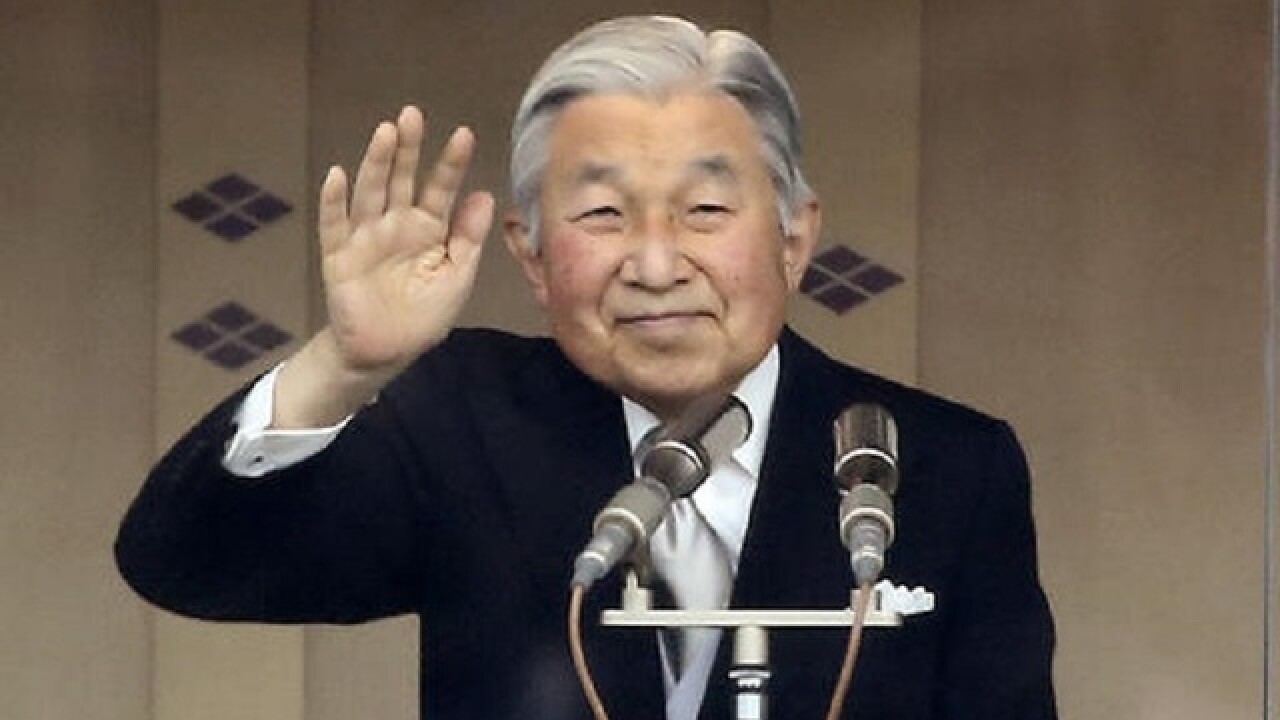 Eugene Hoshiko
<p>FILE - In this Dec. 23, 2015 file photo, Japan's Emperor Akihito waves to well-wishers as he appears on the balcony of the Imperial Palace to mark his 82nd birthday in Tokyo. Japanese emperor, in rare TV address aired on Monday, Aug. 8, 2016, says he is concerned about his ability to fulfill duties fully. (AP Photo/Eugene Hoshiko)</p>

TOKYO (AP) — Japan's emperor expressed concern about fulfilling his duties as he ages in an address to the public Monday that was remarkable for its rarity and its hinted possibility that he may want to abdicate in a few years.

"When I consider my age of over 80, as well as my gradually deteriorating physical condition despite being luckily healthy at this moment, I am concerned about being able to fulfill by duties as a symbol with the utmost efforts, as I have done so far," Akihito said in a 10-minute recorded speech broadcast on national television.

Japan's post-World War II constitution restricts what the emperor can say as a symbolic monarch with no political power. As expected, Akihito avoided explicit mention of abdication, which could have violated those restrictions.

"I think we have to thoroughly think what we can do to accommodate his concerns, taking into consideration the emperor's age and the current burden of official duties," Abe said.

The 82-year-old monarch spoke publicly after recent media reports that he may want to abdicate because he did not want to cling to the title if his duties had to be severely reduced.

Abdication is not allowed under the current imperial law, largely inherited from the prewar Constitution that banned the practice as a potential risk to political stability.

Media reports say the government may consider a special law for one-time abdication just for Akihito as an exception.

Akihito suggested in his speech a need to consider how to make the succession process smoother.

Akihito's two sons have reportedly accepted the idea of an abdication. His elder son Crown Prince Naruhito is the likely successor.