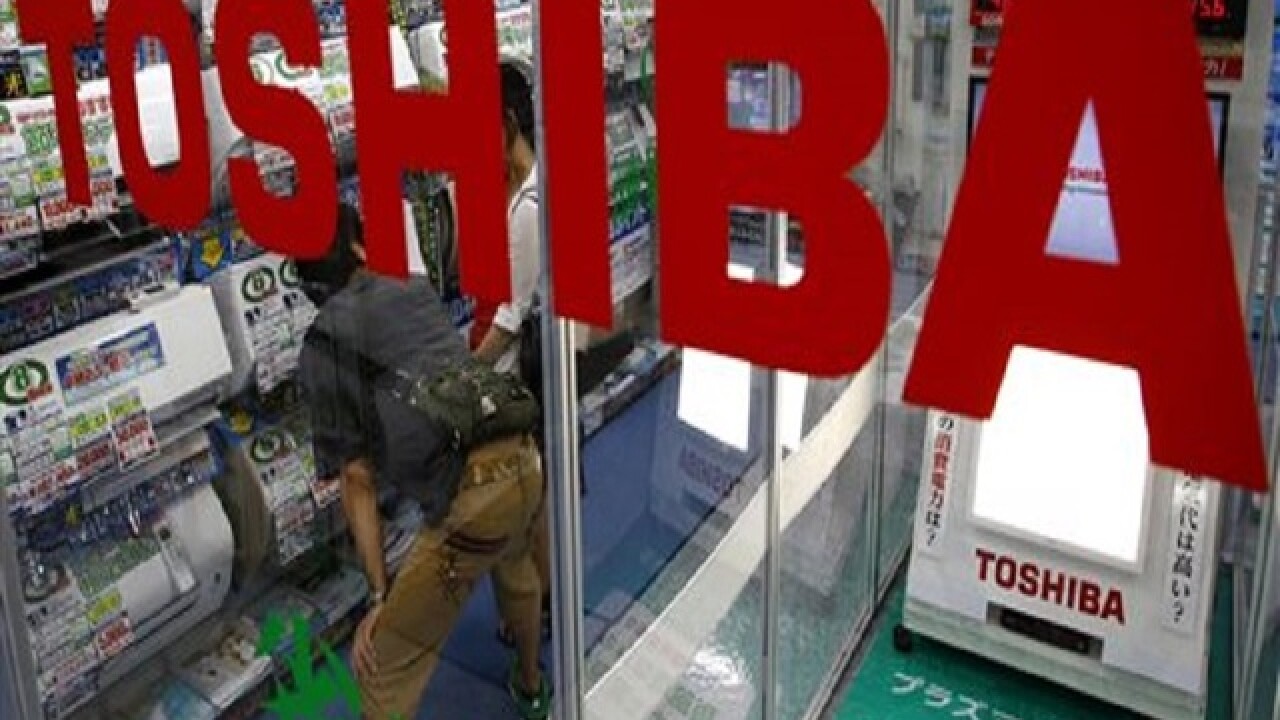 TOKYO (AP) — Japanese electronics maker Toshiba Corp. said Friday it was cooperating with a U.S. probe into its accounting practices.
"Certain Toshiba U.S. subsidiaries received information requests from the DOJ (Department of Justice) and the SEC (Securities and Exchange Commission) in respect of Toshiba's accounting practices, and they are cooperating with the investigation," the company said in a statement.
Toshiba's share price took a hit when news of the inquiries surfaced, but the company's shares were trading up 2.5 percent by midafternoon in Tokyo on Friday.
Tokyo-based Toshiba is embroiled in a scandal over disclosures that company officials doctored accounting books for years after setting unrealistic earnings targets. The company's nuclear energy unit faces trouble over meltdowns in March 2011 at a plant in Fukushima, northeastern Japan, following a massive earthquake and tsunami.
The Justice Department and SEC have not disclosed details of their investigation. Japanese media reported that the questions could be over accounting at Toshiba subsidiary Westinghouse Electric Co. However, Westinghouse issued a vehement statement on its website refuting that the company was under investigation.
"According to the independent report cited in the article, no accounting irregularities have been found in Westinghouse's accounting. To our knowledge, Westinghouse financial reporting is not under investigation," it cited company president and CEO Danny Roderick as saying.
Like many Japanese electronics companies, Toshiba has been struggling to compete against its Chinese and South Korean rivals. On Thursday, the company announced it was selling its medical unit to Canon Inc. for 665.5 billion yen ($5.9 billion). It also has agreed to sell its home appliances business to China's Midea Group.
Associated Press 2016