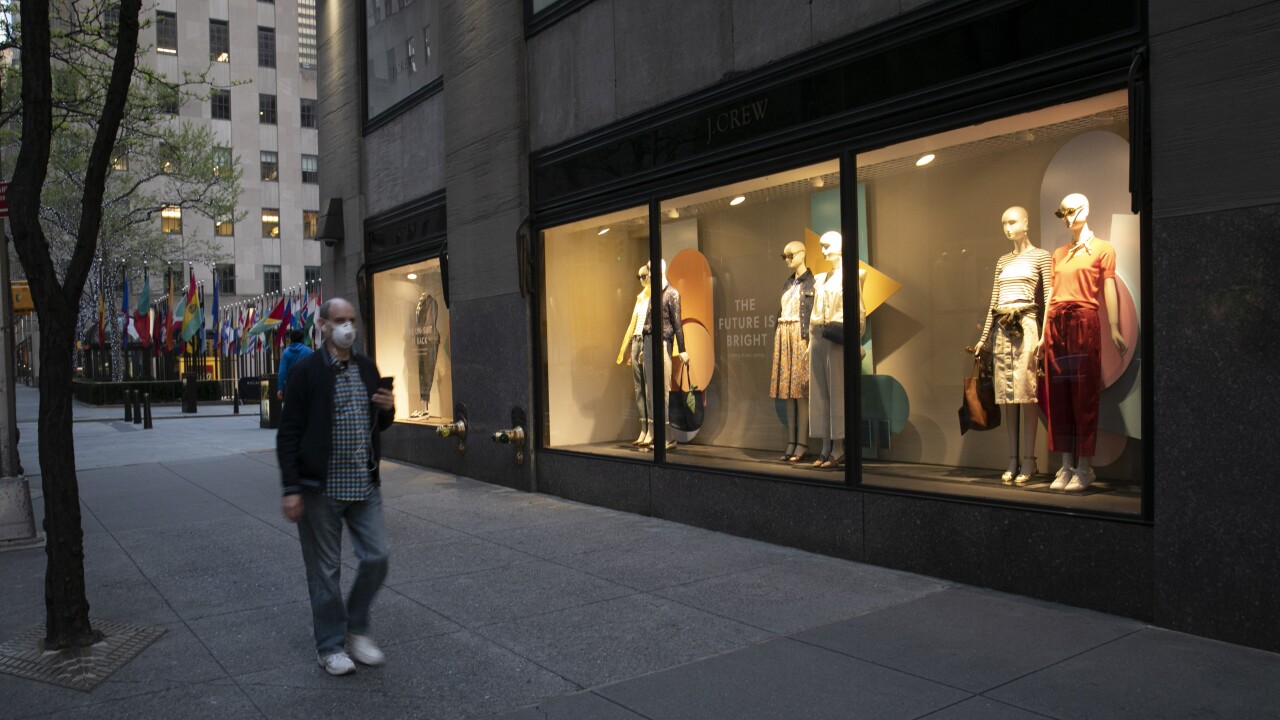 Copyright 2020 The Associated Press. All rights reserved
Mark Lennihan/AP
A man wearing a mask walks by a window display at a J Crew store in Rockefeller Center, Saturday, May 2, 2020, in New York. On April 30, the company announced it would apply for bankruptcy protection amidst the COVID-19 pandemic. (AP Photo/Mark Lennihan)

NEW YORK (AP) — The owner of J.Crew is filing for bankruptcy protection, the first major retailer to do so since the pandemic forced the closing of most stores in the United States.

More retail bankruptcies are expected in coming weeks with the doors of thousands of stores still locked.

March sales at stores and restaurants had their most severe plunge on records dating back to 1992.

Clothing sales fell more than 50% that month and it has grown worse.

The abrupt closure of stores threatens the overall health of the U.S. with consumers driving 70% of all economic activity in the country.

The company said Monday that it anticipates its stores will reopen when it’s safe to do so.