Damage left behind by Isaias 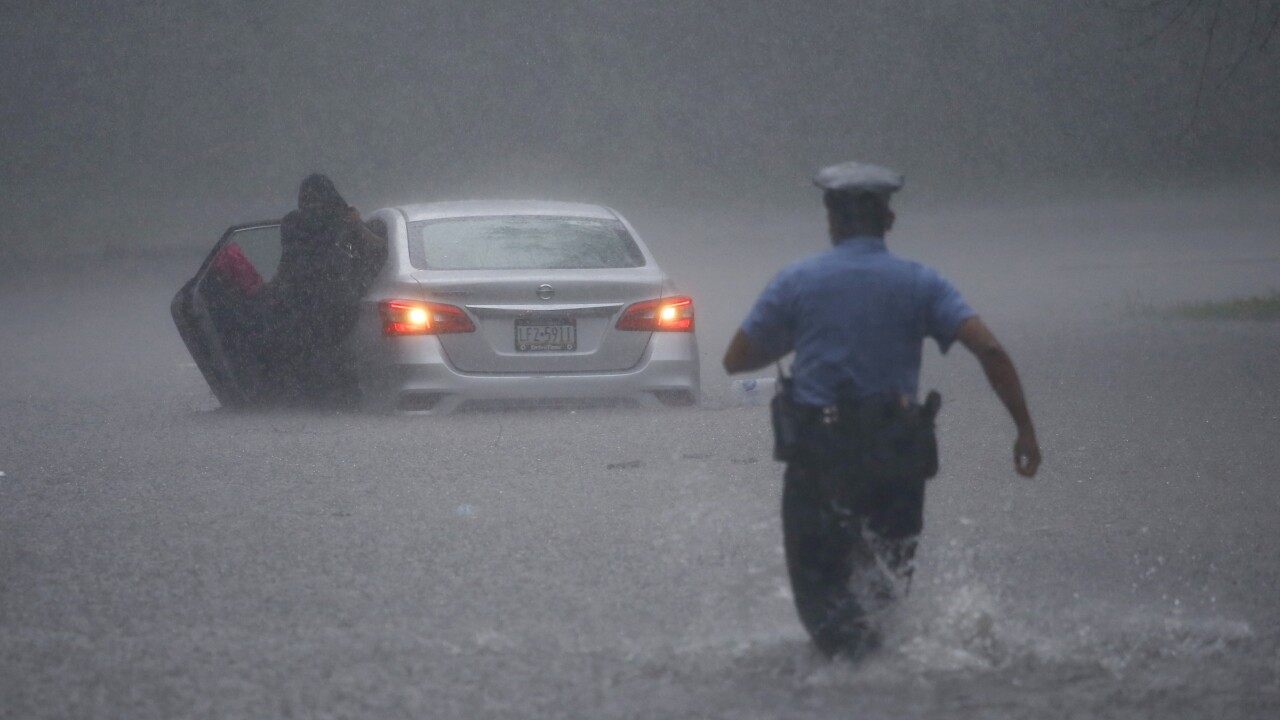 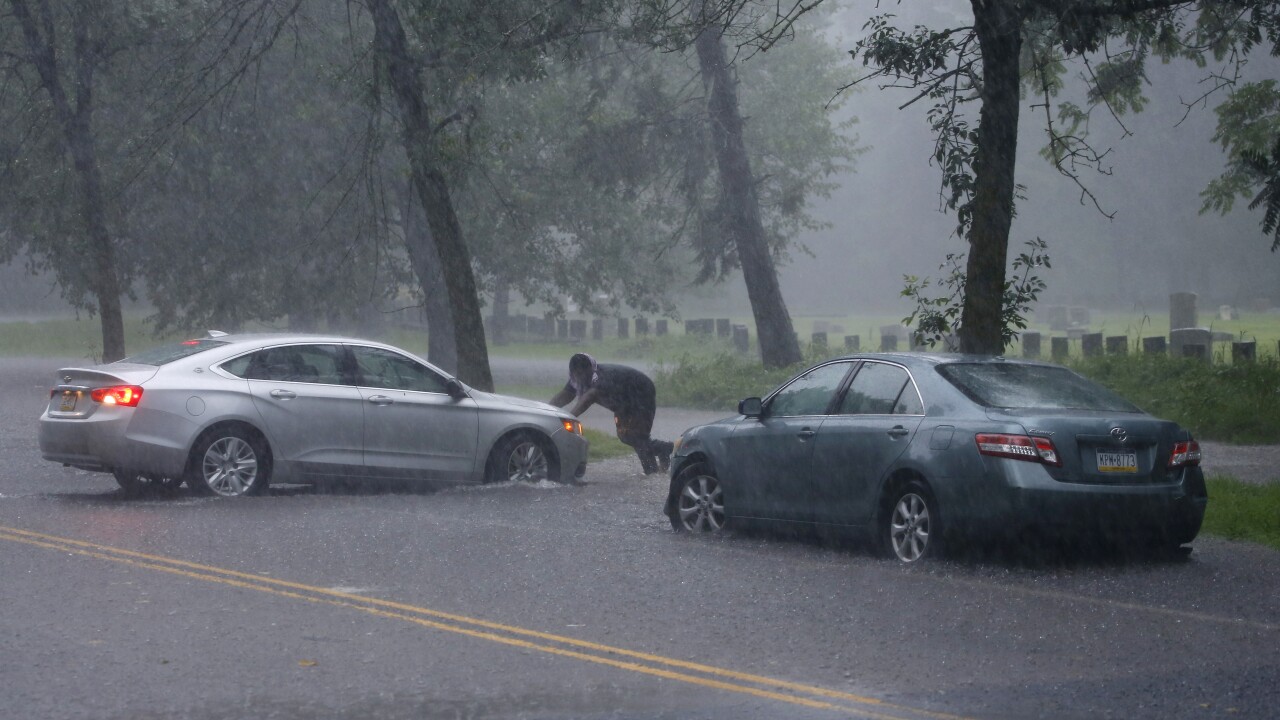 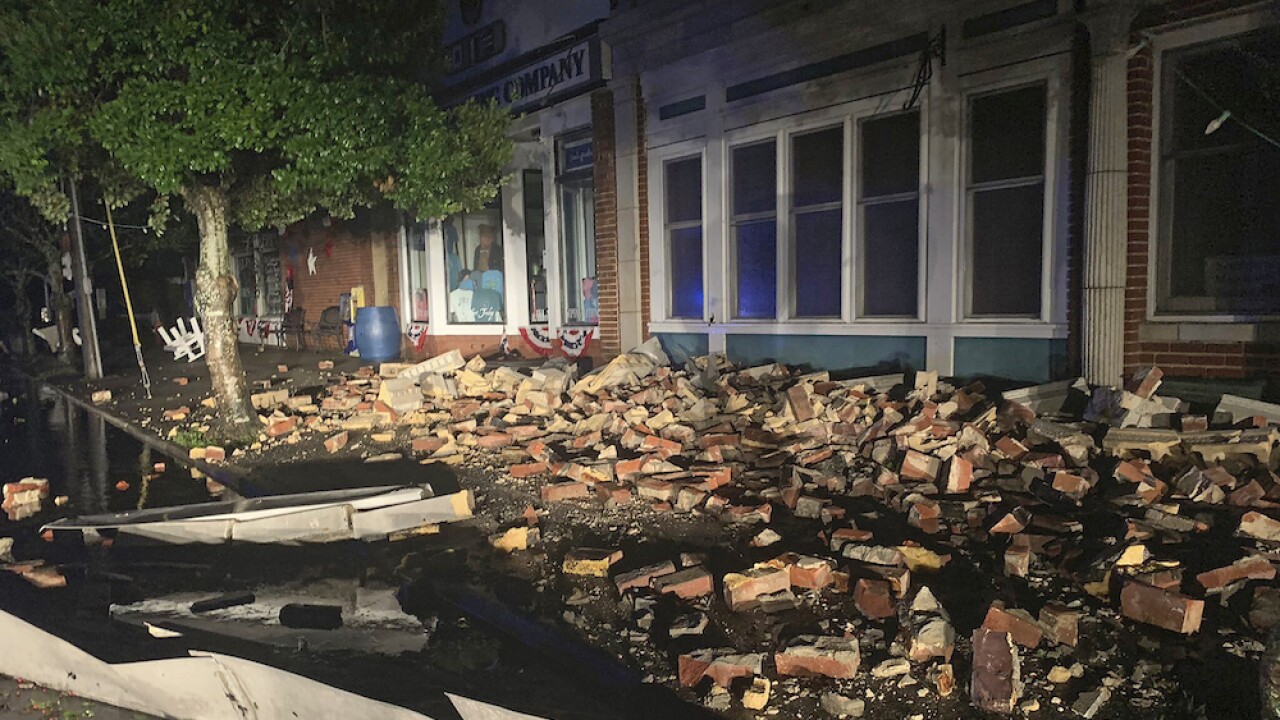 Tropical Storm Isaias spawned tornadoes and dumped rain along the U.S. East Coast on Tuesday after making landfall as a hurricane in North Carolina, where it smashed boats together and caused floods and fires that displaced dozens of people. At least four people are now dead because of Isaias.

Late Tuesday, the National Hurricane Center said that Isaias has officially lost its tropical storm status as it exited the United States and entered Canada.

Two people died when Isaias spun off a tornado that struck a North Carolina mobile home park. Authorities said two others were killed by falling trees toppled by the storm in Maryland and New York City.

As Isaias sped northward at 40 mph (56 kph), the National Hurricane Center warned of flash flood threats in the New York's Hudson River Valley and potential for minor to moderate river flooding elsewhere in the mid-Atlantic region.

Two people died after a tornado demolished several mobile homes in Windsor, North Carolina. Emergency responders finished searching the wreckage Tuesday afternoon. They found no other casualties, and several people initially feared missing had all been accounted for, said Ron Wesson, chairman of the Bertie County Board of Commissioners. He said about 12 people were hospitalized.

North Carolina Gov. Roy Cooper added during his appearance on Good Morning America that about 355,000 people in North Carolina are without power.

“We have been ready for this.”

NC Gov. Roy Cooper speaks to @robinroberts about the damage caused by Isaias and the recovery efforts now underway, but says, “Overall… the damage was not as a great as it could’ve been.” https://t.co/wtNEc6zdXa pic.twitter.com/N09QoKQ40d

Thousands of people in northern North Carolina and southeastern Virginia have lost power. According to WTKR, 100,000 people in the Hampton Roads area of Virginia alone are without electricity.

Sharee and Jeffrey Stilwell took shelter in their living room at about 1:30 a.m. Tuesday as the tornado tore through Windsor. Sharee Stillwell said their home shook “like a freight train.”

“I felt like the house was going to cave in,” said Jeffrey Stillwell, 65, though once the storm passed, the couple found only a few damaged shingles and fallen tree branches in the yard.

The mobile home park less than 2 miles (3 kilometers) away wasn't so fortunate. Aerial video by WRAL-TV showed fields of debris where rescue workers in brightly colored shirts picked through splintered boards and other wreckage. Nearby, a vehicle was flipped onto its roof.

“It doesn’t look real; it looks like something on TV. Nothing is there,” Bertie County Sheriff John Holley told reporters, saying 10 mobile homes had been destroyed. “All my officers are down there at this time. Pretty much the entire trailer park is gone.”

In New York City, a massive tree fell and crushed a van in the Briarwood section of Queens, killing a man inside, police said. A woman in Mechanicsville, Maryland, died when a tree crashed onto her car during stormy conditions, said Cpl. Julie Yingling of the St. Mary’s County sheriff’s office.

Isaias toggled between a hurricane and tropical storm strength as it churned toward the East Coast. Fueled by warm ocean waters, the storm got a late burst of strength as a rejuvenated hurricane with top sustained winds of 85 mph (136 km/h) before coming ashore late Monday near Ocean Isle Beach, North Carolina.

Before making landfall late Monday, Isaias killed two people in the Caribbean and battered the Bahamas before brushing past Florida.

Tornadoes were confirmed by the National Weather Service in Virginia, Maryland, Delaware, and New Jersey. Power outages also spread as trees fell, with more than 3.3 million customers losing electricity across multiple states as of 6:30 p.m. EDT Tuesday, according to PowerOutage.US, which tracks utility reports. New Jersey had the most outages of any state, with more than 1.3 million.

In Doylestown, Pennsylvania, officials said four children were treated for minor injuries after high winds partially tore the roof off a daycare center. Also in the Philadelphia suburbs, rescue workers in Delaware County were searching for a young person who fell or jumped into the fast-moving water of a swollen creek, said Timothy Boyce, the county emergency services director.

Some of the worst damage Tuesday seemed to be east and north of where the hurricane’s eye struck land in North Carolina.

In North Myrtle Beach, South Carolina, the storm sent waves crashing over the Sea Cabin Pier late Monday, causing a big section to collapse into the water as startled bystanders taking photos from the pier scrambled back to land.

“I'm shocked it's still standing,” said Dean Burris, who watched from the balcony of a vacation rental.

The Hurricane Center had warned oceanside dwellers near the North Carolina-South Carolina state line to brace for storm surge up to 5 feet (1.5 meters) and up to 8 inches (20 centimeters) of rain.

Eileen and David Hubler were out early Tuesday cleaning up in North Myrtle Beach, where 4 feet (1.2 meters) of storm surge flooded cars, unhinged docks, and etched a water line into the side of their home.

“When the water started coming, it did not stop,” Eileen Hubler said. They had moved most items of value to their second floor, but a mattress and washing machine were unexpected storm casualties.

“We keep thinking we’ve learned our lesson,” she said. “And each time there’s a hurricane, we learn a new lesson.”