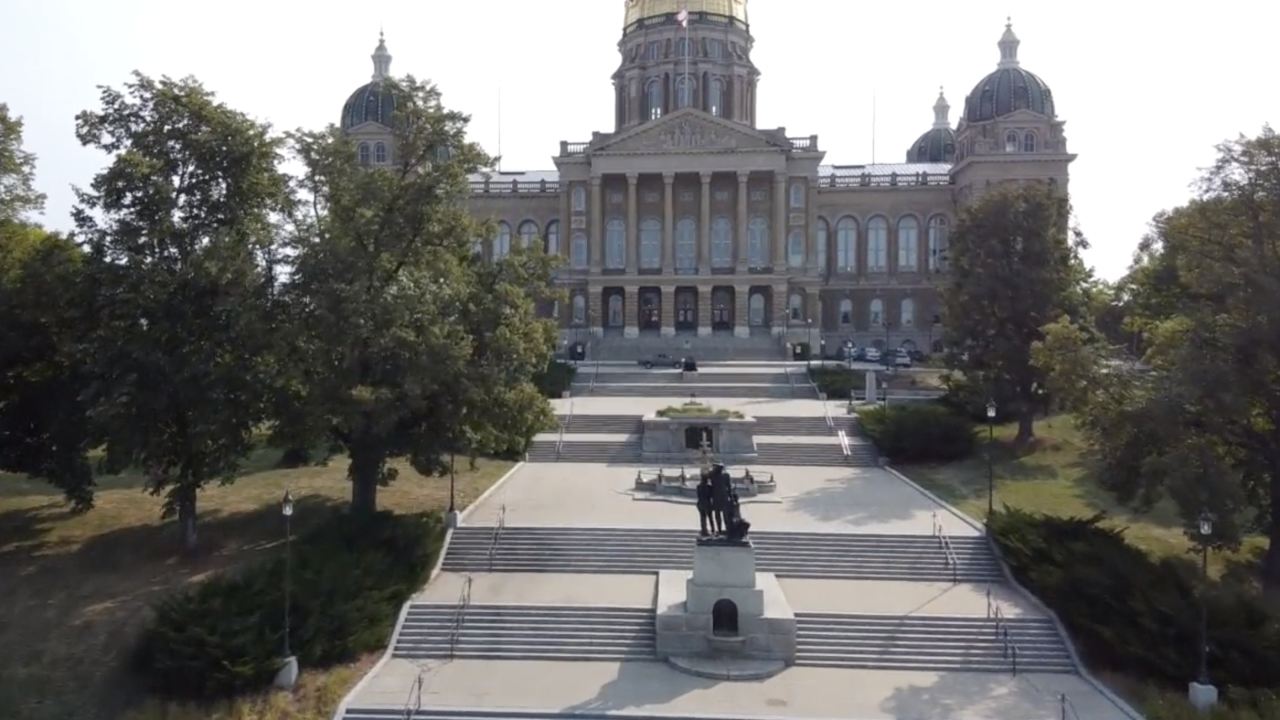 Months of debate have transitioned into action as school districts across the country welcome students back for the 2020-2021 school year, whether online or in-person.

In Iowa, however, the debate over how to approach the topic has transitioned to the court system.

In July, Gov. Kim Reynolds announced a new mandate at a press conference requiring school districts teach at least 50 percent of its curriculum in-person. She also said school districts would only be able to move to an online-only curriculum if the COVID-19 positivity rate in that region reached 15 percent or higher.

It is one of the highest positivity rate thresholds in the country.

The CDC has used the positivity rate, or percentage of COVID-19 tests that return a positive result, as a barometer of how the coronavirus is circulating across the country. Below 10 percent is indicative of the shrinking rate of transmission.

When it came out with school guidelines, the CDC recommended schools only reopen to in-person learning if the positivity rate was 5 percent or below.

“I look at my husband who has to go teach in high school and look at the risks that presents to him. I have to look at my kids who are missing out on in-person school,” said Lisa Williams, a school board member in Iowa City.

Recently, the Iowa City Community School District joined in on a lawsuit filed against the state that claims the governor is violating the state constitution by not looking out for the well-being of Iowans.

“It’s troubling,” said Williams. “I think kids need to be in school. They need to be for a whole host of reasons, but I don’t think the 15 percent is a good barometer of whether or not it is safe to do so.”

“I was shocked,” said Mary Kenyon of the governor’s mandate. “I was angry. I’m still angry. I have a lot of anger.”

Kenyon has decided to keep her son home to learn online unless things change. Despite the new mandate, the state is allowing parents to keep their kids home so they can learn in a virtual-only capacity if they choose.

“They are trying to create a policy that will blanket a state that has widely varying types of educational settings,” she said.

The issue isn’t exclusive to Iowa, either, but most rural states. Iowa City’s school district has 14,000 students. Compare that to some of its rural counties that only have a few hundred and a 15 percent positivity rate means something entirely different, she says.

“I think we all want what’s best for our kids and we all don’t agree on what that looks like,” said Williams.