Inclined sleepers for babies sold at Target, Kmart recalled due to safety hazard 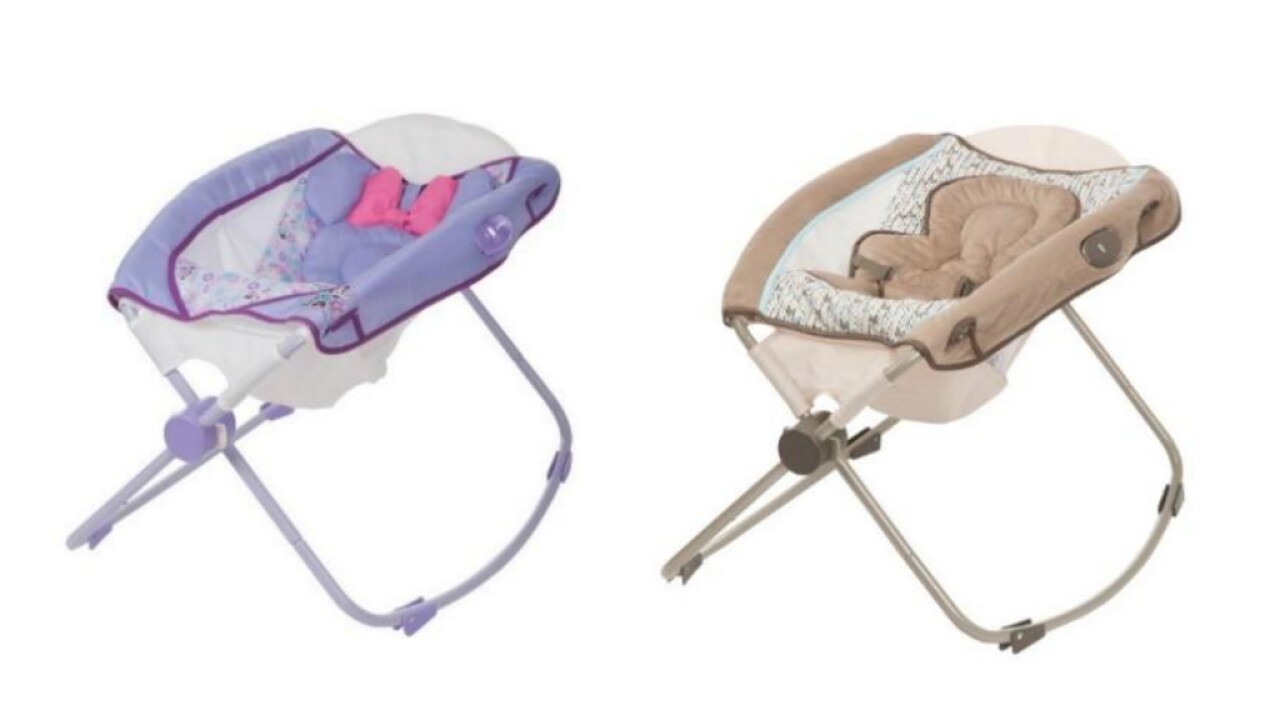 Dorel Juvenile Group USA issued a recall Wednesday for 24,000 inclined sleeper products for babies, citing concerns with other inclined sleepers that have led to infant fatalities.

According to the recall, inclined sleepers can pose a hazard to babies.

"Infant fatalities have been reported while using other inclined sleep products, after the infants rolled from their back to their stomach or side while unrestrained, or under other circumstances," the recall states.

According to Consumer Reports , "despite design differences between products, all inclined sleep products position babies at an incline between 10 degrees and 30 degrees, which can cause an infant’s head to fall forward, chin to chest, and compress the airway." If an infant has yet to develop the ability to control their head or doesn't have adequate neck strength, he or she may not be able to lift their head up to breathe when using one of these inclined sleepers.

According to the American Academy of Pediatrics, inclined sleepers pose a suffocation and strangulation risk to infants.

"The AAP does not recommend inclined sleep products like the Rock ‘n Play, or any other products for sleep that require restraining a baby," the organization wrote in April . "The AAP advises against using car seats, strollers or other devices for sleep because of the risk that a baby could roll or turn into an unsafe position and be incapable of moving, leading to suffocation or strangulation."

The recall from Dorel Juvenile Group USA was done out of precaution and there have been no injuries or deaths related to the products they are recalling Wednesday.

Consumers should immediately stop using the inclined sleepers and contact Dorel for a refund in the form of a $60 voucher.