In the wake of cheating scandal, resolution calls for MLB to strip World Series titles 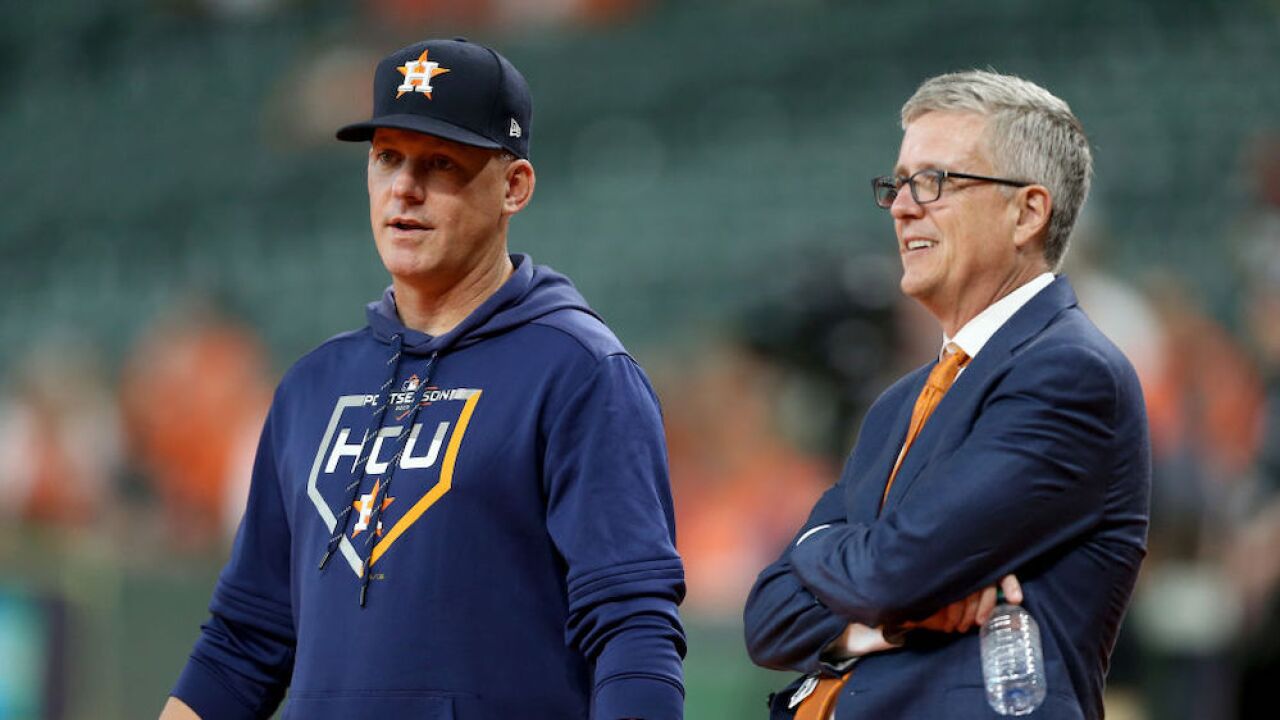 The Los Angeles City Council unanimously adopted a resolution on Tuesday formally requesting that MLB strip the Astros and Red Sox of their recent World Series titles and award them to the Los Angeles Dodgers, the Los Angeles Times reported.

The resolution comes in the wake of a massive cheating scandal, which has soured the titles of two of the last three World Series champions.

The cheating scandal has rocked the sport and led to the firing of three active MLB managers before the start of the 2020 season.

In a report prepared by MLB earlier this month, MLB said the Astros stole the signs given by the catcher to the pitcher. Baseball Commissioner Rob Manfred's report said that the Astros used camera technology monitored by members of the Astros watching a monitor who would then relay the signs to the batter by making noise.

The Astros then went on to defeat the Dodgers to win the 2017 World Series.

In addition to MLB imposing a one-year suspension against GM Jeff Luhnow and manager AJ Hinch, MLB fined the Astros $5 million and stripped four future draft picks from Houston. MLB opted not to punish players or strip the team of its title.

The sign-stealing scandal reportedly was implemented by then Astros bench coach Alex Cora. Following the 2017 season, Cora was hired by the Red Sox to be their manager. Cora then led the Red Sox to a 2018 World Series title, also defeating the Dodgers.

The Athletic reported that Cora also implemented a system of stealing signs while in Boston. It has been reported that MLB will release a separate report on the allegations that the Red Sox cheated en route to their 2018 title.

Before Cora joined the Red Sox, the team was already reprimanded by MLB for using technology to steal signs. MLB fined the Red Sox, and warned teams that future violations would result in stiffer penalties.

Members of L.A. City Council told the Times that they have not been in contact with the Dodgers.

“This crisis goes beyond the sport and the game,” Councilmember Gil Cedillo told the L.A> Times. “It goes to the very core of being American. This could send an important message to little boys and girls that you need to play hard by the rules, or you can learn that cheating is the new normal.

“We want it to be clear that this city spoke up for its team.”

While stealing signs itself isn't against the rules, like when a base runner uses signs to tip off the hitter, using technology to steal signs breaks the rules.