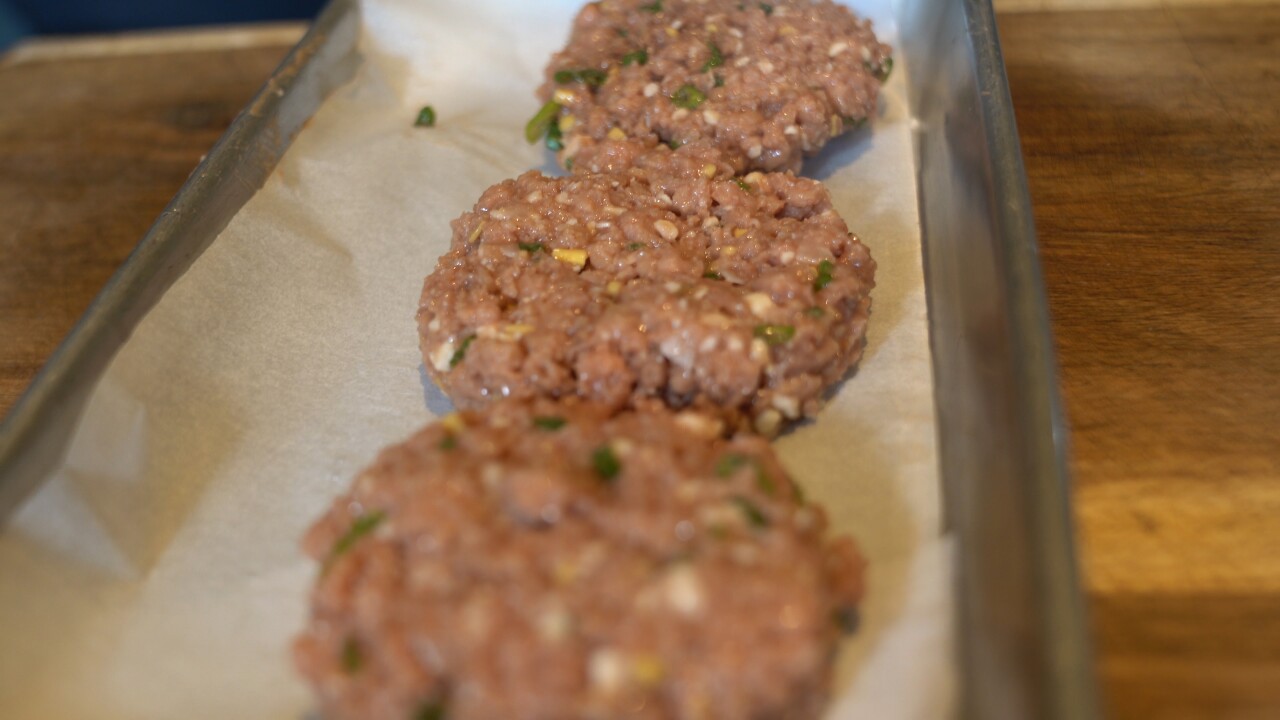 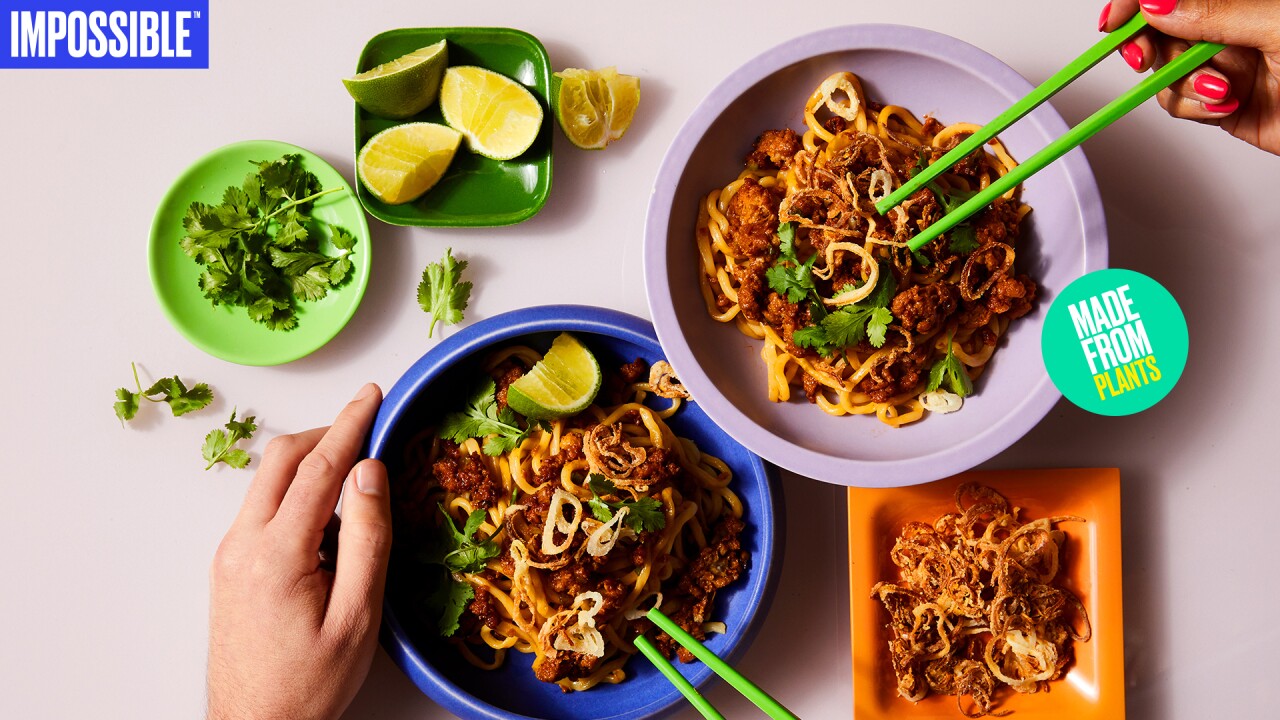 LAS VEGAS, Nev. -- One of the leading plant-based food companies that helped to bring meatless burgers to a whole new level in recent years is launching a new product.

Impossible Foods, known for their heme-heavy plant-based burgers that "bleed" and taste like real meat, announced Impossible Pork during a press event at Mandalay Bay during CES 2020 in Las Vegas on Monday.

Trying some of the new #ImpossiblePork items at a press event during #CES2020 . I think I like the pork product better than the beef. pic.twitter.com/SjZMQKsiAC

The pork "meat," of course, is made entirely from plants.

The ingredient list includes soy protein, coconut and sunflower oils, and natural flavors, among other things. The company says the product is designed for kosher and halal certification.

Watch a chef cook with Impossible Pork at CES:

Impossible Pork is perfect in ground pork dishes like spring rolls, wantons, dumplings or sausage, the company says. The pork has not hit consumer shelves just yet, but Impossible Foods says there's already demand for the plant meat.

According to Impossible Foods CEO and founder Pat Brown, 2.5 billion people on the planet do not eat pork because of religious or dietary reasons or because of the shortage in Asia because the supply has been devastated by the African Swine Fever.

Burger King Chief Marketing Officer Fernando Machado also took part in the press conference on Monday, confirming that the company will continue its relationship with Impossible Foods and begin offering a breakfast croissant sandwich made with Impossible Sausage.

During a Q&A session after the announcement, one of the first questions was about the possibility of a bacon product.

Brown laughed and said they are working on it, but will not offer it until they believe it is perfect.

This story was originally published by Joyce Lupiani and Amy Abdelsayed at KTNV.