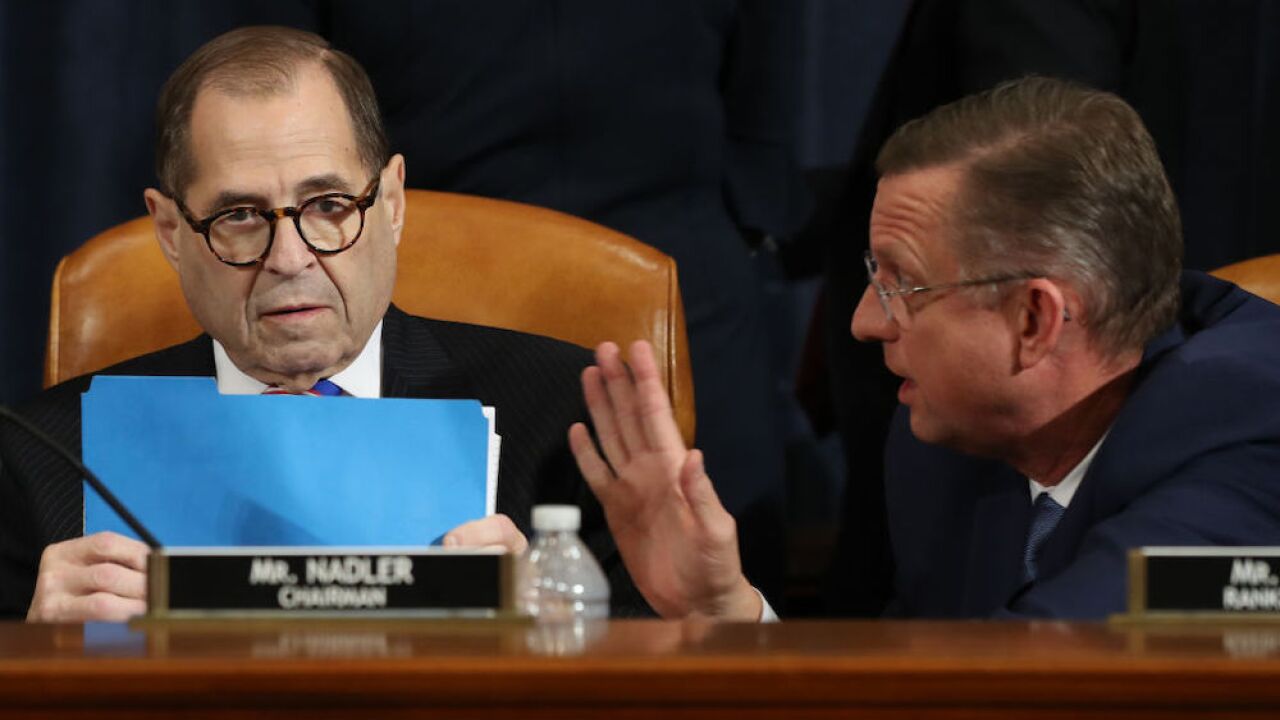 The House Judiciary Committee on Friday voted to approve two articles of impeachment against President Donald Trump, sending impeachment of the President to the House floor after a bitter and contentious committee debate that stretched over three days.

The judiciary panel approved the impeachment articles on two party line votes following a surprise decision late Thursday evening to delay the final votes until Friday morning, which prompted both parties to point fingers at one another.

House Judiciary Chairman Jerry Nadler ended the committee debate on impeachment articles suddenly on Thursday night before taking a final vote on the impeachment articles, sparking a chorus of Republican objections as Nadler gaveled the meeting into a recess. Rep. Doug Collins of Georgia, the top Republican on the panel, said Nadler had ambushed the committee after Republicans agreed to stop putting forward amendments.

"There's one thing that we have around here, even when we disagree on policy, there is some civility concerning schedule," Collins said. "All he had to do was say, 'Hey, its late, we want to roll this into tomorrow,' but they didn't have the decency to even say that. He just sprung it on us."

Collins and the Republicans did not try to delay the votes on Friday morning, and the committee quickly approved them along party lines.

Democrats said they held the vote Friday because they accused Republicans of trying to push the committee debate longer than they had initially let on in an effort to hold the final vote on the articles in the middle of the night. As a result, Nadler pushed the votes until Friday morning so the public would be able to watch the vote.

The committee's votes to approve the two articles of impeachment -- abuse of power and obstruction of Congress -- tees up a House floor vote next week that would make Trump the third President in US history to be impeached.

The committee's votes to approve the two articles of impeachment of abuse of power and obstruction of Congress tee up a House floor vote next week that would make Trump the third President in US history to be impeached.

The late-night fight over scheduling followed an intense debate over the articles themselves that stretched 17 hours over two days. The committee considered five Republican amendments and Democrats defeated all of them on party-line votes.

Democrats charge that Trump abused his office by pressuring Ukraine to investigate his political rivals and withholding US security aid and a White House meeting, and then obstructed the investigation into his misconduct.

Republicans accuse Democrats of rushing to impeach the President for political reasons without charging him with a crime.

The fundamental divide over impeachment played out over and over again in the cavernous House hearing room where the Judiciary Committee debated the impeachment articles Wednesday and Thursday, where lawmakers in the two parties mostly talked past each other and urged the other side to change course.

At one point late into the evening Thursday, Rep. Tom McClintock complained he hadn't heard anything new from either side in three hours.

After Friday's vote, Democrats are expected to move to hold a floor vote on impeachment next week. The timing is still uncertain as the House will also be juggling votes to fund the government and approve a major trade deal with Canada and Mexico.