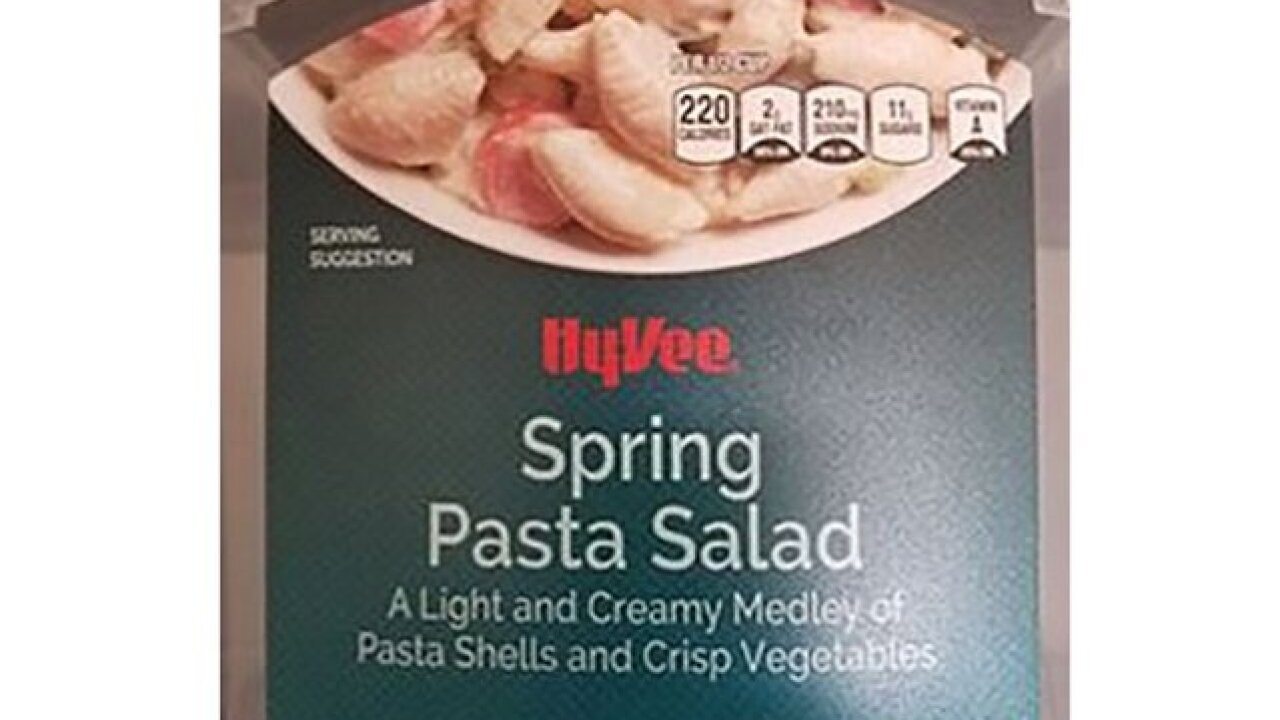 © 2018 Cable News Network, Inc.
From Hy-Vee
<p>A Midwestern grocery store chain is recalling pasta salad that might be linked to 20 people getting sick from salmonella, the company said Tuesday.</p>

A Midwestern grocery store chain is recalling pasta salad that might be linked to 20 people getting sick from salmonella, the company said Tuesday.

Hy-Vee, based in Iowa, sold the 1-pound and 3-pound plastic containers of Spring Pasta Salad in eight states.

The states are Iowa, Minnesota, Nebraska and South Dakota -- where the salmonella illnesses occurred -- and Illinois, Missouri, Kansas and Wisconsin.

The product was produced between June 1 and July 13. The packages have expiration dates between June 22 and August 3.

Customers should dispose of the product or return it to a Hy-Vee store.

Symptoms of salmonella infection include diarrhea, fever and abdominal cramps, and typically present 12 to 72 hours after exposure to the bacteria. The company first learned of the potential link to the illnesses Monday night and voluntarily pulled the salad from stores.

Symptoms last four to seven days, and although most people improve without treatment, some may require hospitalization because of severe diarrhea.