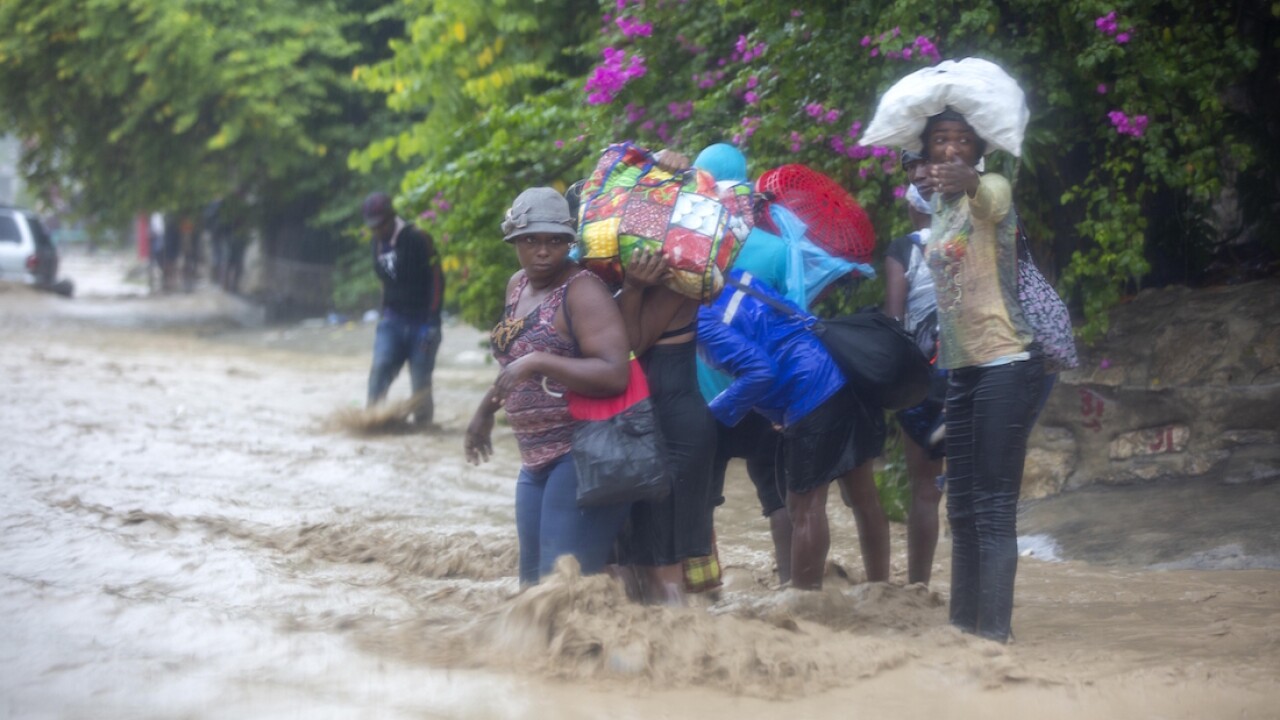 PORT-AU-PRINCE, Haiti (AP) — Hurricane Marco is heading across the Gulf of Mexico on a path toward the Louisiana coast.

Tropical Storm Laura battered the Dominican Republic and Haiti and is headed to the same part of the U.S. coast, also as a potential hurricane.

On Sunday, President Donald Trump said his administration was closely monitoring both hurricanes and that they had FEMA lined up and the Coast Guard ready to go.

Trump added that he had approved emergency declarations for Puerto Rico as well as Louisiana.

It appears the storms will avoid being hurricanes simultaneously — something that researchers say has never happened in the Gulf of Mexico at least since records began being kept in 1900.

The National Hurricane Center says Marco was about 240 miles (390 kilometers) south-southeast of the mouth of the Mississippi River late Sunday afternoon.

The center warns of life-threatening storm surges and hurricane-force winds along the Gulf Coast.