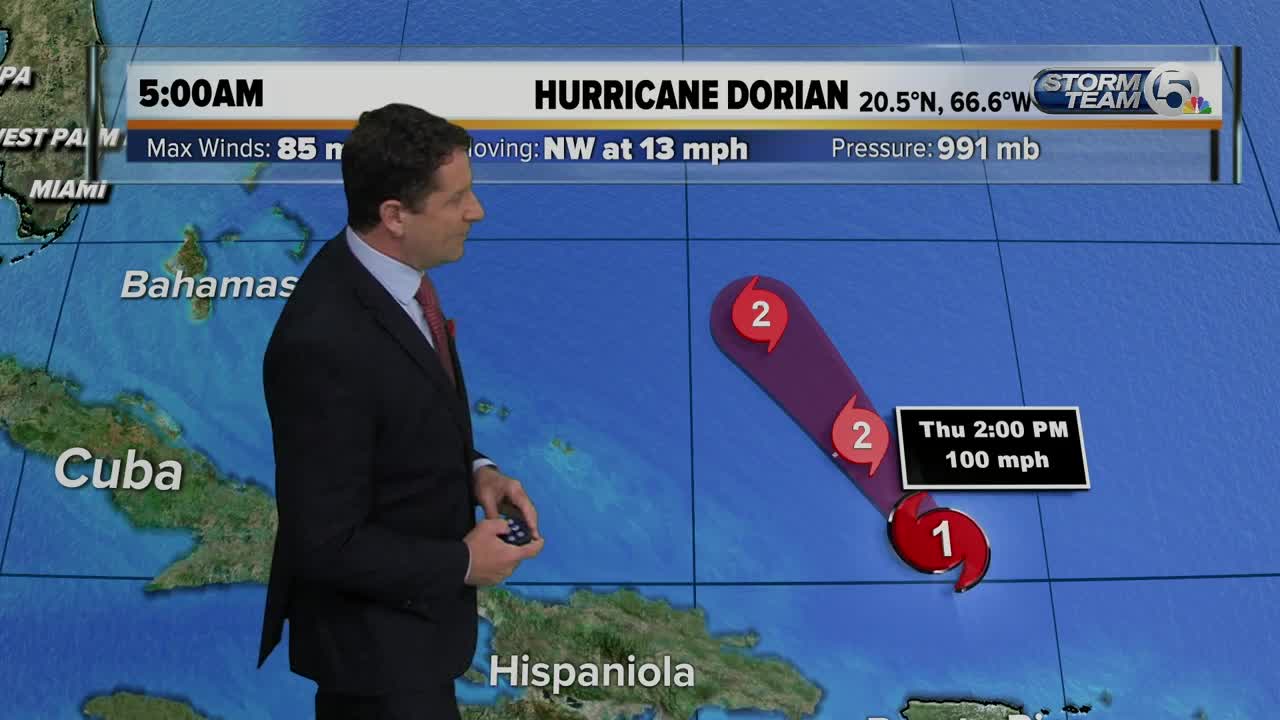 Dorian's winds still at 85 mph. All of the east coast of Florida remains in the cone. 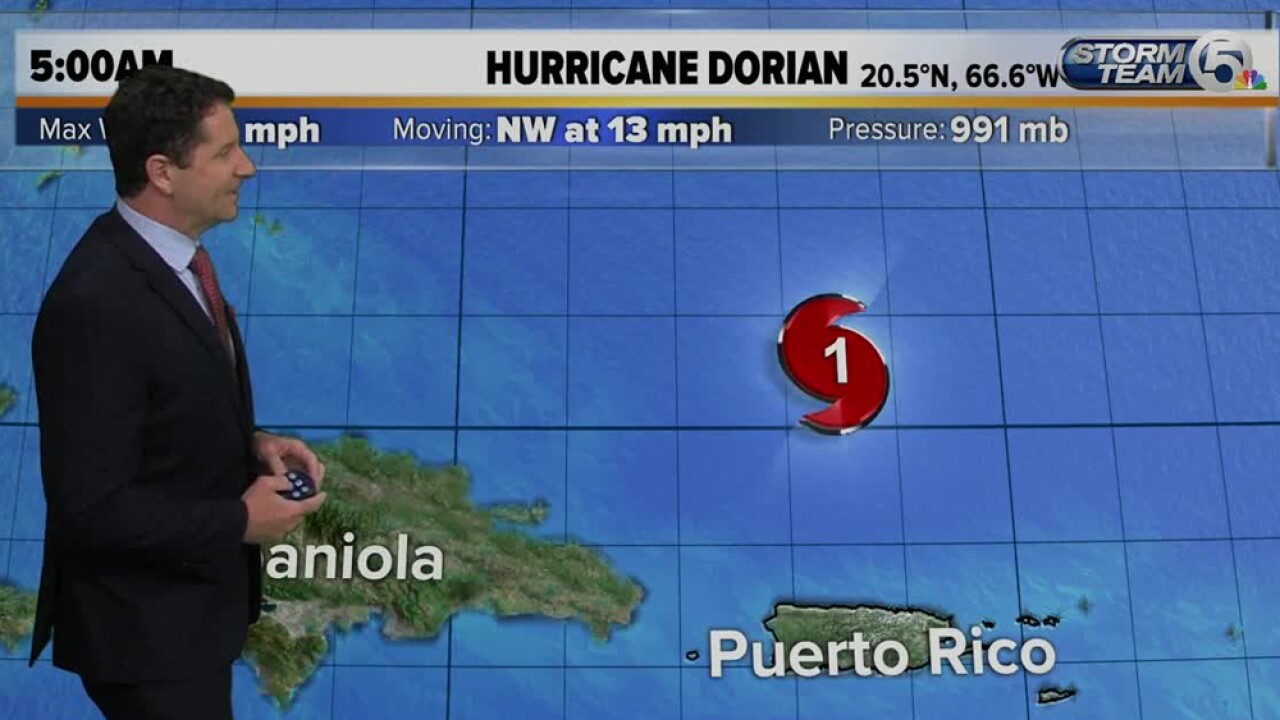 As of 5 p.m.. ET on Thursday, Hurricane Dorian was holding steady with 85 mph winds in the Atlantic Ocean. Forecast models project the storm could become a dangerous Category 4 hurricane before it reaches land.

The storm is slowing its approach to the east coast of Florida and is gaining intensity.

The forecast models are mostly consistent Thursday morning. All of the east coast of Florida remains in the cone with Dorian as a Category 4 hurricane moving in along Florida’s coast on Monday morning.

The one difference is that the GFS (American Model) takes a weaker Dorian farther north towards Jacksonville.

Landfall somewhere between south Georgia and the Florida Keys looks likely on Monday, but the storm may be moving so slowly that impacts could linger into Tuesday.

The forecast is for the storm to intensify steadily into a Category 2 hurricane, and then a category 3 during the weekend.

The storm is moving toward the northwest at about 13 mph and this general motion is expected to continue through Friday.

Florida Gov. Ron DeSantis on Wednesday declared a state of emergency so local governments and emergency management agencies have time, resources and flexibility to get prepared.

Georgia Gov. Brian Kemp also declared a state of emergency for his state on Thursday.

All indications are that by this Labor Day weekend, a powerful hurricane will be near or over the Florida peninsula, the National Hurricane Center says.

Heavy rains are expected to occur over portions of the Bahamas, Florida and elsewhere in the southeastern United States later this week and into early next week, according to the National Hurricane Center.

The NHC says the risk of dangerous storm surge and hurricane force winds is increasing in the central and northwestern Bahamas and along the Florida east coast.

There are no watches or warnings in effect.

This story was originally published by Glenn Glazer on WPTV.