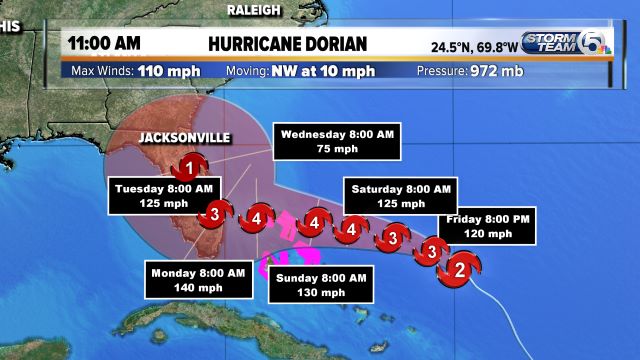 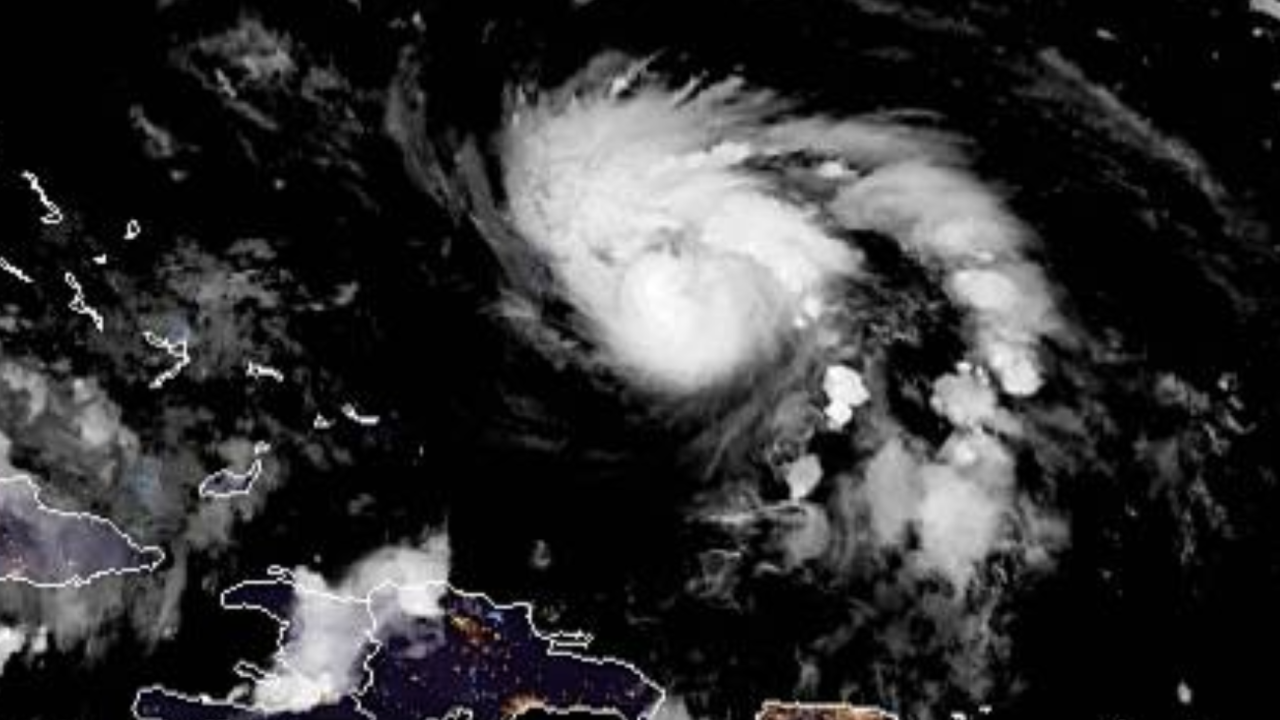 Hurricane Dorian has intensified to a dangerous Category 3 storm on Friday according to the National Hurricane Center.

The National Hurricane Center said Dorian "poses a significant threat to Florida and the Northwestern Bahamas," and is now forecast to make landfall on late Monday or early Tuesday as a possible Category 4 storm. A hurricane warning was issued for parts of the Bahama Islands Friday evenings.

The 5 p.m. forecast has the storm staying a Category 4 until landfall along the Florida east coast early Tuesday morning.

Weather models show and estimate between 12 to 15 inches of rain, or more, between Monday morning and Wednesday morning in some locations.

Dorian is likely to remain an extremely dangerous hurricane while it moves near the northwestern Bahamas and approaches the Florida peninsula through the weekend.

The storm is moving toward the west-northwest near 10 mph and this general motion is expected to continue through Friday.

A slower west-northwestward to westward motion should begin Friday night and continue into early next week.

On this track, the core of Dorian should move over the Atlantic well north of the southeastern and central Bahamas Friday and Saturday, be near or over the northwestern Bahamas on Sunday, and be near the Florida peninsula late Monday.

On Thursday, Gov. Ron DeSantis expanded a state of emergency to include all 67 counties in Florida. That gives local governments and emergency management agencies the time, resources, and flexibility they need to get prepared.

All indications are that by this Labor Day weekend, a powerful hurricane will be near or over the Florida peninsula, the National Hurricane Center says.

Heavy rains are expected to occur over portions of the Bahamas, Florida, and elsewhere in the southeastern United States later this week and into early next week, according to the NHC.

The NHC says the risk of dangerous storm surge and hurricane force winds is increasing in the central and northwestern Bahamas and along Florida's east coast.