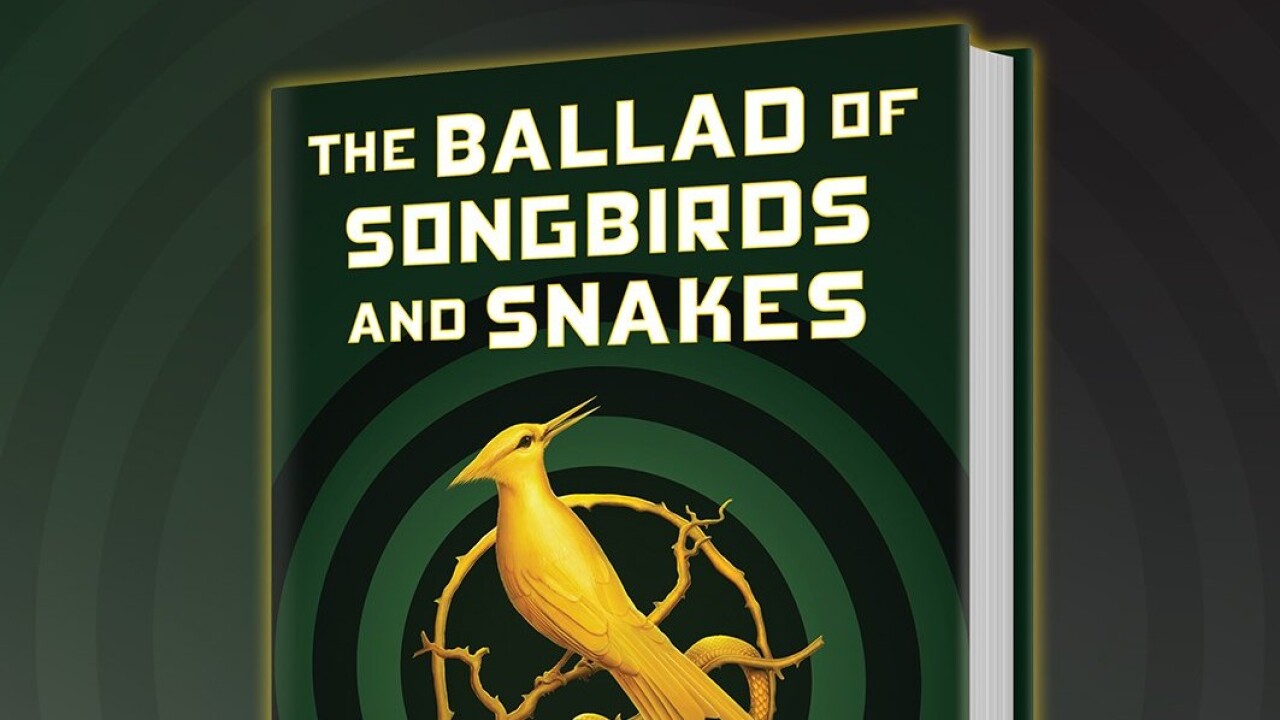 Good Morning America announced Friday that Suzanne Collins’ next book in the series will be called “The Ballad of Songbirds and Snakes.”

The book’s cover was also released, featuring a golden mockingjay perched on a branch over a slithering reptile.

EXCLUSIVE: We just revealed the cover and title of the brand new @Scholastic "Hunger Games" book - "The Ballad of Songbirds and Snakes"! https://t.co/LUKfafEEKb pic.twitter.com/Gr3ZrRoFMu

“This cover does an extraordinary job of capturing the conflict—both inner and outer—that lies at the heart of The Ballad of Songbirds and Snakes,” said David Levithan, VP, Publisher, and Editorial Director for Scholastic. “The mockingjay has returned, but at a new angle . . . which is very much in line with the story that Suzanne Collins is telling.”

The novel will revisit the world of Panem 64 year before the events of “The Hunger Games,” starting on the morning of the reaping of the 10th Hunger Games, according to publisher Scholastic.

“With this book, I wanted to explore the state of nature, who we are, and what we perceive is required for our survival,” said Collins. “The reconstruction period ten years after the war, commonly referred to as the Dark Days—as the country of Panem struggles back to its feet—provides fertile ground for characters to grapple with these questions and thereby define their views of humanity.”

The original trilogy set protagonist Katniss Everdeen on a mission to overthrow an oppressive regime that pitted children against each other in death matches. It’s unclear which, if any, characters will reappear in the upcoming book.

“It has been thrilling to see the growing excitement from readers around the globe for this new Hunger Games novel,” said Ellie Berger, President, Scholastic Trade. “Suzanne Collins is an expert storyteller and world-builder, and in revisiting the world of Panem, she again raises important questions about authority, the use of violence, and the truth of human nature.”