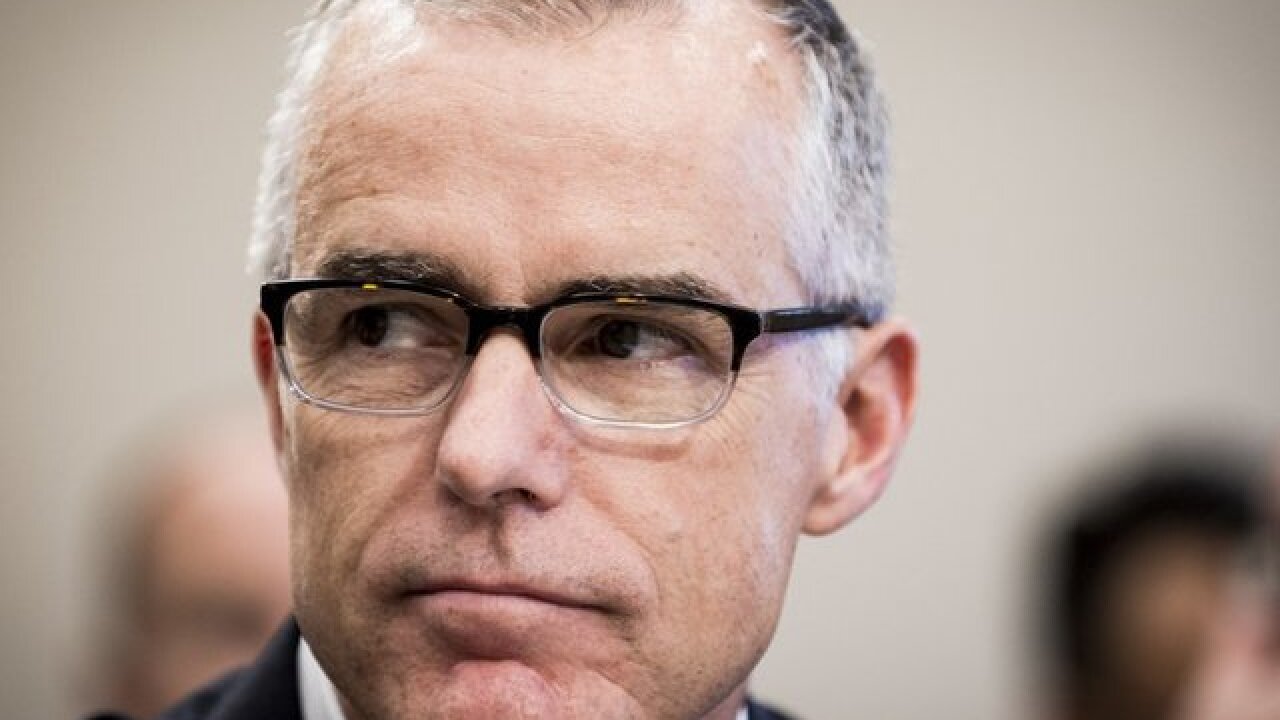 The chairman of the House Judiciary Committee subpoenaed the Justice Department on Thursday seeking documents related to a trio of recent controversial decisions made by the FBI, including the decision in 2016 to not charge Hillary Clinton after the probe of her email server and the internal recommendation by an FBI office to fire former FBI Deputy Director Andrew McCabe, his office announced.

The move by Virginia Republican Bob Goodlatte represents a ratcheting up of his investigation, led jointly with the House Oversight Committee, into the decisions made by the Justice Department and the FBI before the 2016 election -- an investigation that has stoked mistrust of the law enforcement agency and drawn the ire of Democrats on Capitol Hill.

In a letter to Deputy Attorney General Rosenstein accompanying the subpoena, Goodlatte wrote, "given the Department's ongoing delays in producing these documents, I am left with no choice but to issue the enclosed subpoena to compel production of these documents."

Goodlatte had in recent weeks voiced his frustration at the Justice Department's refusal to comply with his past requests for the documents and hinted at the weighty legal maneuver.

The two committees had requested 1.2 million pages of documents from the Justice Department, Goodlatte's office said. There are approximately 30,000 documents thought to be responsive to the committee's request, and agency staff are reviewing the remaining items to ensure they do not contain sensitive information or conflict with ongoing law enforcement actions, according to Justice Department spokesman Ian Prior.

Prior said 3,000 documents have been delivered to the House Judiciary Committee so far.

The subpoena issued Thursday covers documents related to "charging decisions in the investigation surrounding former Secretary Clinton's private email server in 2016," as well potential abuses of the Foreign Intelligence Surveillance Act and "all documents and communications relied upon by FBI's Office of Professional Responsibility in reaching its decision to recommend the dismissal of former Deputy Director McCabe."

In a statement, Prior said, "The Department of Justice and the FBI take the Committee's inquiry seriously and are committed to accommodating its oversight request in a manner consistent with the Department's law enforcement and national security responsibilities."

More than two dozen FBI staff have been assisting the Justice Department in producing documents on a rolling basis to the committee's "broad request," Prior said.