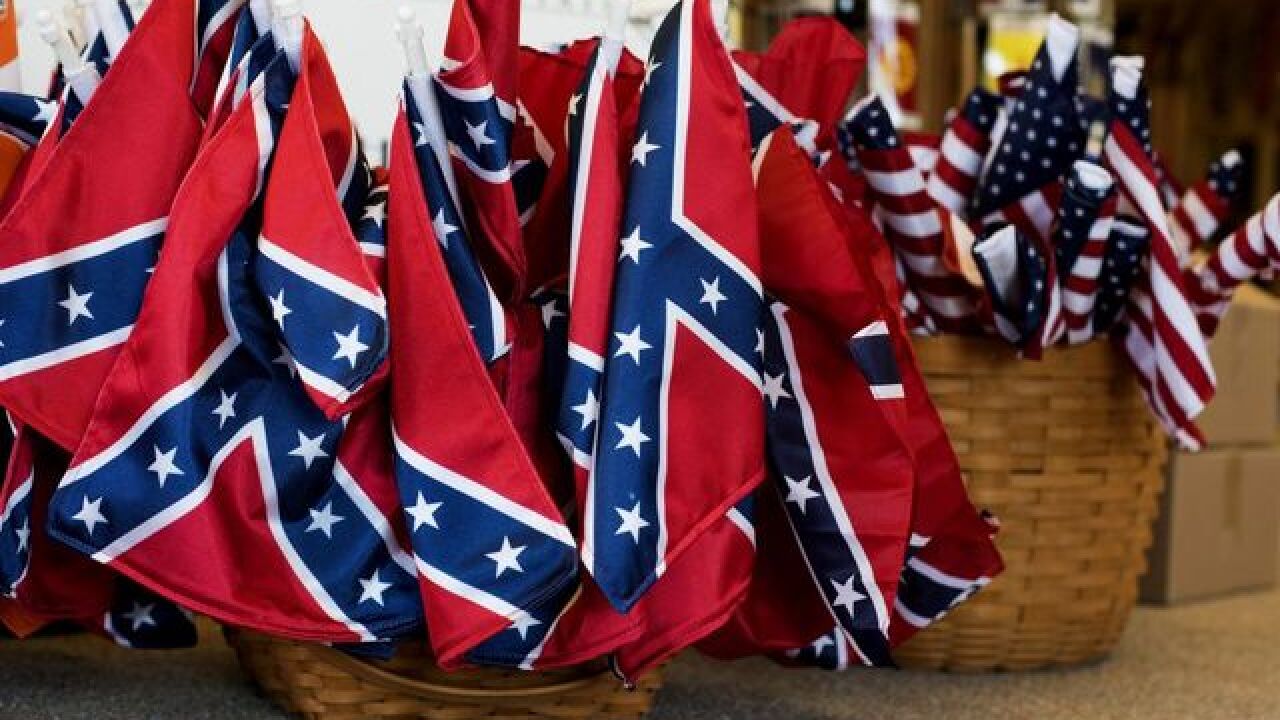 WASHINGTON (AP) — House Republican leaders have blocked a Democratic congressman from Mississippi from offering legislation to ban Confederate imagery from the House side of the Capitol complex.

Rep. Bennie Thompson had sought the opportunity to ban display of the Mississippi state flag and statues of Confederate icons such as President Jefferson Davis. Mississippi's state flag incorporates the Confederate battle flag in its top inner corner. A statue of Davis, once a Mississippi congressman and U.S. senator, is displayed in Statuary Hall, the former House chamber.

The move by House Republican leaders comes a day after House Speaker Paul Ryan said he would ban Democratic "poison pill" amendments from being offered to appropriations bills.

Imagery and icons of the Confederate States of America are offensive to some Americans, particularly those who are black, because of the Confederacy's support of slavery.

"I don't know how you honor the president of the Confederacy," said Thompson, who is black. "You can put them somewhere, but I just don't think they need to put in a place of honor."

A 237-182 procedural vote on Thursday ratified a decision by the House Rules Committee to deny Thompson an opportunity to offer his amendment to a spending bill funding House operations. The Rules Committee generally takes its instructions from top House leaders such as Ryan.

The Mississippi flag incorporates the Confederate battle flag in its top inner corner.

Last year, a dispute over displays of the Confederate flag derailed the appropriations process last year, but an amendment to a spending bill banning its display in cemeteries administered by the Department of Veterans Affairs earlier this year was easily adopted. Only four House Republicans voted against the bill after the amendment was added.

The Confederate flag issue was propelled to the forefront with the murder of nine parishioners last year at an African-American church in Charleston, South Carolina. In the aftermath, the South Carolina legislature ordered it removed from the state Capitol grounds.

Several House GOP leaders supported the effort to ban the display of the flag from VA cemeteries. Top Republicans also opted against returning the Mississippi flag to a tunnel between a House office building and the Capitol after a recent renovation.

The legislative branch appropriations bills typically is one of the few of the 12 annual appropriations bills to come to the House floor under restrictive debate terms. A Pentagon appropriations bill is slated for debate next week, and an amendment targeting display of the Confederate flag at The Citadel in South Carolina may be offered to that measure — if GOP leaders permit. The amendment could take away the military college's ROTC funds if it continues to fly the flag.