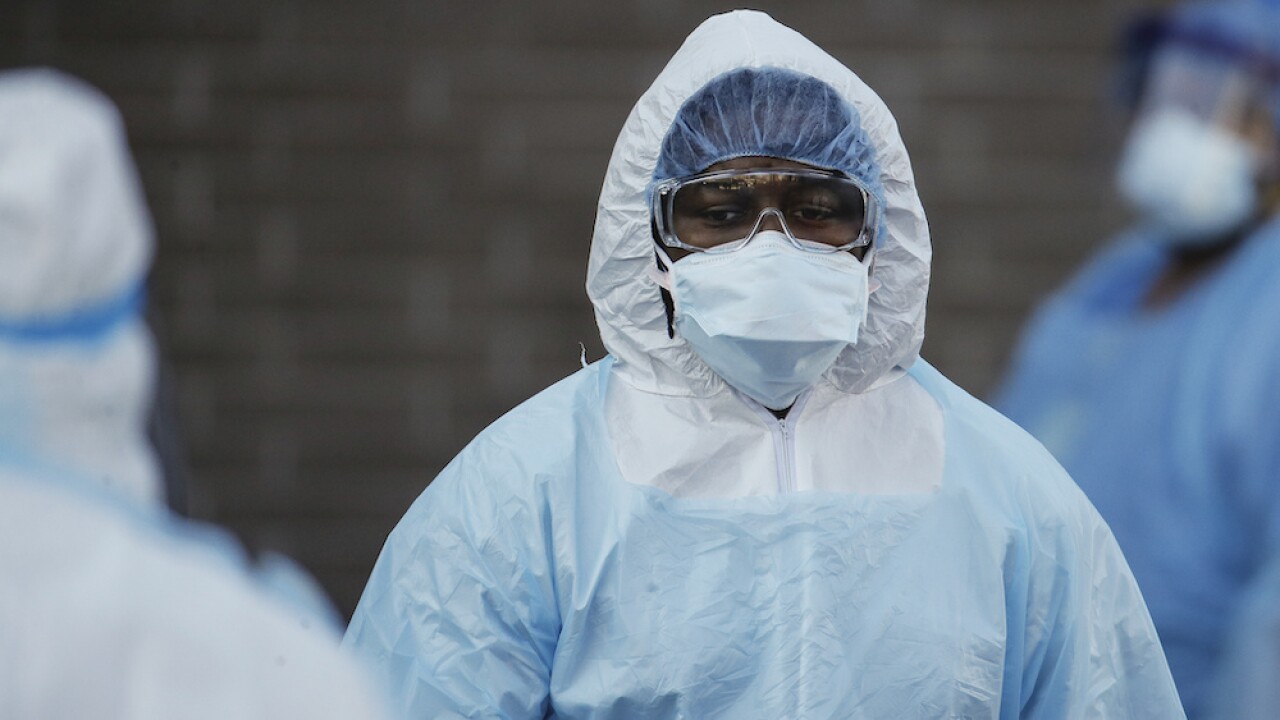 Copyright 2020 The Associated Press. All rights reserved.
John Minchillo/AP
A medical worker wearing personal protective equipment pauses after wheeling a body to a refrigerated trailer serving as a makeshift morgue at Wyckoff Heights Medical Center, Monday, April 6, 2020, in the Brooklyn borough of New York. The new coronavirus causes mild or moderate symptoms for most people, but for some, especially older adults and people with existing health problems, it can cause more severe illness or death. (AP Photo/John Minchillo)

The remaining 10% of the federal stockpile is being held in reserve for federal workers.

The committee says that 11.7 million N95 respirator masks have been distributed nationwide — less than 1% of the 3.5 billion masks that the Trump Administration estimated would be necessary in the event of a severe pandemic. In addition, 7,920 ventilators have been distributed, even though a recent survey of city mayors — not including mayors of hot spots like New York and Seattle — identified a total estimated need of 139,000 ventilators.

House Democrats say the Trump Administration is leaving states to fend for themselves, competing with each other and federal agencies in a free-for-all bidding war that drives up prices. Trump has said in the past that state governors should have been better prepared for an event like the pandemic.

Last week, White House adviser Jared Kushner said that the federal stockpile eas "not for the states," but for the federal government, despite please for help from state and local governments.