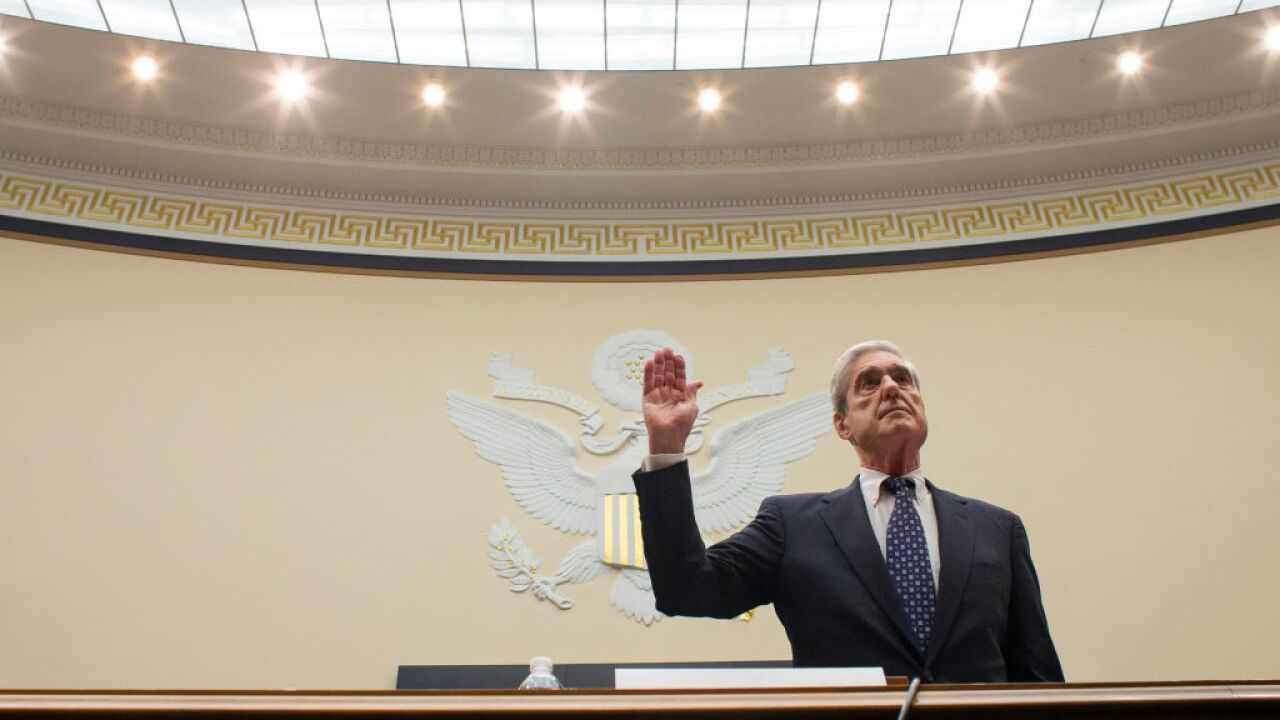 The Justice Department, responding to a lawsuit by CNN and BuzzFeed, released 295 pages of witness memoranda and notes from FBI interviews released from special counsel Robert Mueller's investigation into Russian election interference, including contacts with Donald Trump's 2016 campaign.

Here are highlights from the documents:

Rosenstein said in his FBI interview that he had discussed with former Attorney General Jeff Sessions in late 2016 or early 2017 the possibility of replacing FBI Director James Comey. Rosenstein said he thought Comey's public statements on the Hillary Clinton email investigation violated the Justice Department rules and that the FBI needed new leadership.

Rosenstein said he even reached out to "a few people" as potential candidates for the job. That search was shelved when Rosenstein heard Trump give public backing to Comey remaining in the post.

Rosenstein would also tell FBI interviewers that he was "angry, ashamed, horrified and embarrassed," at how the White House handled Comey's firing in May 2017.

He said he appointed a special counsel to oversee the Russia investigation not because of a lack of confidence into how the investigation would be handled, but because of a concern about the public perception of the process. He first reached out to Mueller early on May 10, 2017, the day after Comey's firing.

Rosenstein said he later learned that Comey had been notified of his firing by email and not, as Rosenstein had assumed it would be handled, either by the President directly or by Sessions or Rosenstein, as direct supervisors to the FBI director.

Rosenstein also was surprised when he learned that the White House was portraying the firing as Rosenstein's idea. Rosenstein said that by the evening of May 9, it was clear that White House officials had been telling the story of Comey's firing in a manner "inconsistent with my experience and personal knowledge."

Rosenstein said he refused a White House request to attend a press conference on the Comey firing and told the Justice public affairs chief that the Justice Department "cannot participate in putting out a false story."

"Gates said Pence went to Trump about firing Flynn and he thought it was one of the few times Pence pushed Trump hard like that," Mueller's team wrote in the summary of Gates' April 2018 cooperation interview.

Investigators also noted that Gates thought Trump and Flynn had had a good relationship, and that Trump didn't want to fire his national security adviser but "felt like he had no choice" after Flynn lied to Pence about his contact with the Russian ambassador.

Giuliani wouldn't have recused himself on Russia investigation, Gates said

Gates told the special counsel's office -- as they investigated possible obstruction of justice by the President -- that if Rudy Giuliani had been the attorney general, some believed he wouldn't have recused himself from the Russia investigation, which at times targeted Trump's campaign advisers.

Trump had wanted Mueller fired at one point, and was irate over Sessions' recusal from overseeing the Mueller investigation, Mueller ultimately found.

"After the recusal, he recalled conversations where people offered their opinion that had Rudy Giuliani been attorney general, he would not have recused himself. Gates knew Giuliani had been the first choice for attorney general, but turned it down because he wanted to be Secretary of State instead," the FBI summary of the interview with Gates said.

But Sekulow told him it was "not necessary to elaborate or include those details because the transaction did not take place."

"Sekulow said it did not matter and Cohen should not contradict Trump and that it was time to move on," according to the summary of Cohen's interview. Sekulow assured Cohen that Trump was happy with him and that he would be "protected" but he would not be if he "went rogue."

Cohen later pleaded guilty to lying to Congress by withholding contacts he had with the Russian government, the number of communications he had with Trump and their discussions to fly to Moscow in the summer of 2016, months before the election.

Cohen also recalled talking to Trump about his call with someone from the Kremlin -- Putin spokesman Dmitry Peskov's assistant -- who he said asked great questions about a possible Trump Tower in Moscow and noted that he wished the Trump Organization had assistants as competent as she was.

Manafort made clear Trump and others were behind him, Mueller learned

The documents detail how much former Trump campaign chairman Paul Manafort was coaxing his aide Gates not to flip, and include several examples where Manafort told Gates what he was supposedly hearing from Trump, Trump's then-personal attorney John Dowd and White House adviser Jared Kushner.

At one point, Manafort had apparently been speaking with attorneys and heard Trump say in the room "stay strong," Gates said Manafort had told him.

Manafort also said to Gates he had an email of support from Kushner, Trump's son-in-law, Gates told the FBI.

Though Gates recounted these messages from Manafort as they both faced indictment, Gates noted to investigators that he was unsure if Manafort's stories were true.

The details, which were not previously known, highlight how significant it was for Manafort to have agreed to cooperate, then lie to Mueller, potentially blocking the special counsel from getting to the truth of what happened. Manafort's interview notes from the Mueller investigation are not yet publicly available. Dowd was not interviewed by the special counsel's office. (He was involved in another conversation where he apparently pressed Flynn's lawyers not to flip.)

"I talked to Dowd. I've covered you at the White House," Manafort had said to Gates, Mueller learned in April 2018. Manafort also told Gates about two pots of money -- legal defense funds -- including one that Manafort and Gates could benefit from as they fought their charges. Manafort discussed these with Dowd, Gates said.

"Manafort told Gates it was stupid to plead and that he would get a better deal down the road," the memos state. "Manafort said he had been in touch with Dowd and repeated they should 'sit tight' and 'we'll be taken care of.' Manafort never explicitly mentioned pardons," the FBI wrote about Gates' retelling.

The document dump sheds new light on what Mueller learned from former White House chief of staff John Kelly, who sat for an interview in August 2018.

Investigators quizzed Kelly about Trump's efforts to fire Mueller in June 2017, and his efforts to contain the fallout when The New York Times revealed the unsuccessful attempt in a January 2018 article. The Mueller report determined that there was substantial evidence that both of these episodes constituted obstruction of justice, though Trump could not be charged due to Justice Department policy

Kelly told investigators about a "tense" conversation in the Oval Office that he witnessed between Trump and then-White House counsel Don McGahn, where Trump asked McGahn to "correct the record" after the Times article came out, but McGahn maintained that there was nothing to fix.

After the meeting, McGahn privately told Kelly that he "did have that conversation" with Trump, presumably about firing Mueller. (The memo is heavily redacted but the implication is clear.)

Cohen asked about a pardon from Trump

Cohen asked Sekulow about the possibility of a pardon some time after his apartment and hotel room were raided by the FBI in April 2018. Cohen noted he had been loyal to the President.

"Cohen said it was an uncomfortable position to be in and wanted to know what was in it for him," one memo states.