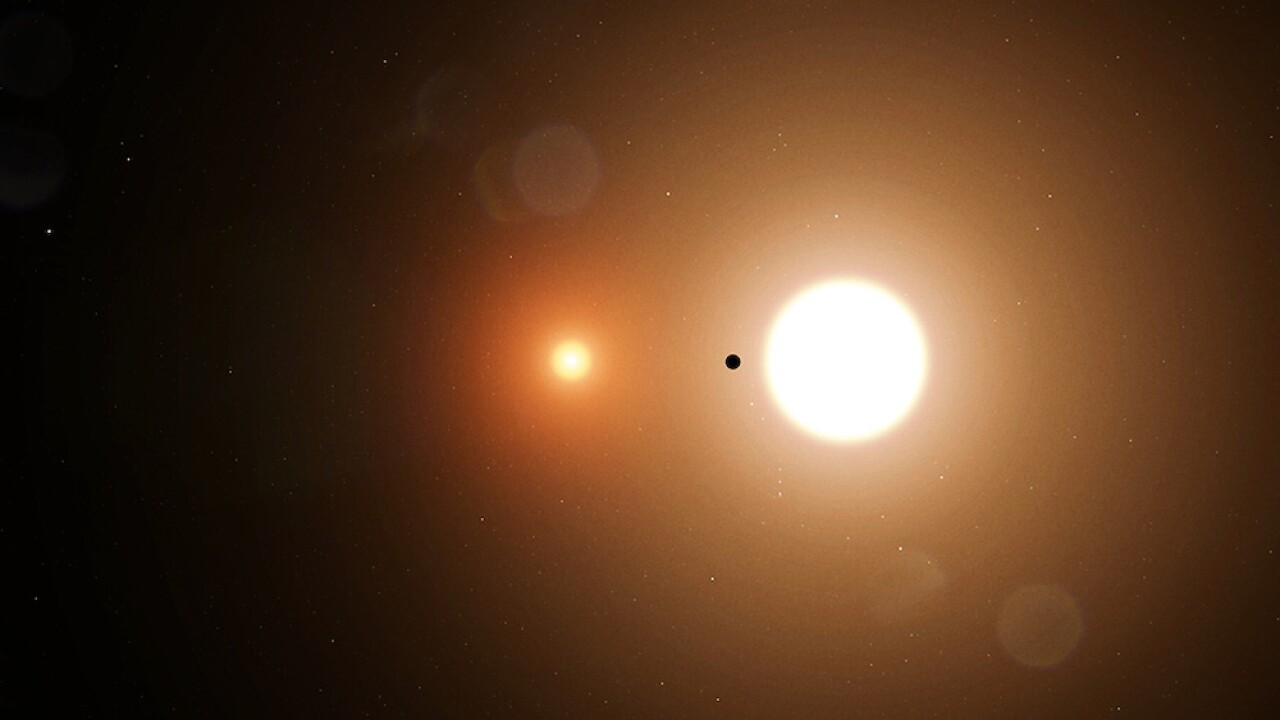 NASA announced earlier this week that for the first time, it had discovered a new planet with a circumbinary orbit — in other words, a planet that circles two suns.

But perhaps even more remarkable than the discovery was the scientist behind it — a 17-year-old high school intern from New York.

In the summer of 2019, Wolf Cukier had just finished his junior year at Scarsdale High School in New York when he landed a summer internship at NASA's Goddard Space Flight Center in Greenbelt, Maryland. His job was to scan data from NASA's TESS satellite and record variations in star brightness.

A few days into his internship, Cukier was studying eclipsing binaries — solar systems where two stars circle each other — when he noticed something strange. While he assumed what he was looking at was a celestial eclipse, he knew that couldn't be the case.

"The timing was wrong," he said in an interview with NASA.

Cukier told ABC that when he noticed the anomaly, he wrote 10 asterisks in his notes. It turns out that his instincts were spot on.

For the next few weeks, Cukier worked with NASA scientists to prove his theory. Eventually, they confirmed the planet's existence and gave it a name: TOI 1338 b.

TOI 1338 b orbits two suns in a solar system in the constellation Pictor. The suns — one of which is 10 percent larger than our sun, the of which is cooler and only one-third our sun's size — orbit each other every 15 days.

Since his internship ended, Cukier has returned for his senior year of high school. He says he hopes to continue astronomy and stays in touch with his mentors at NASA often.