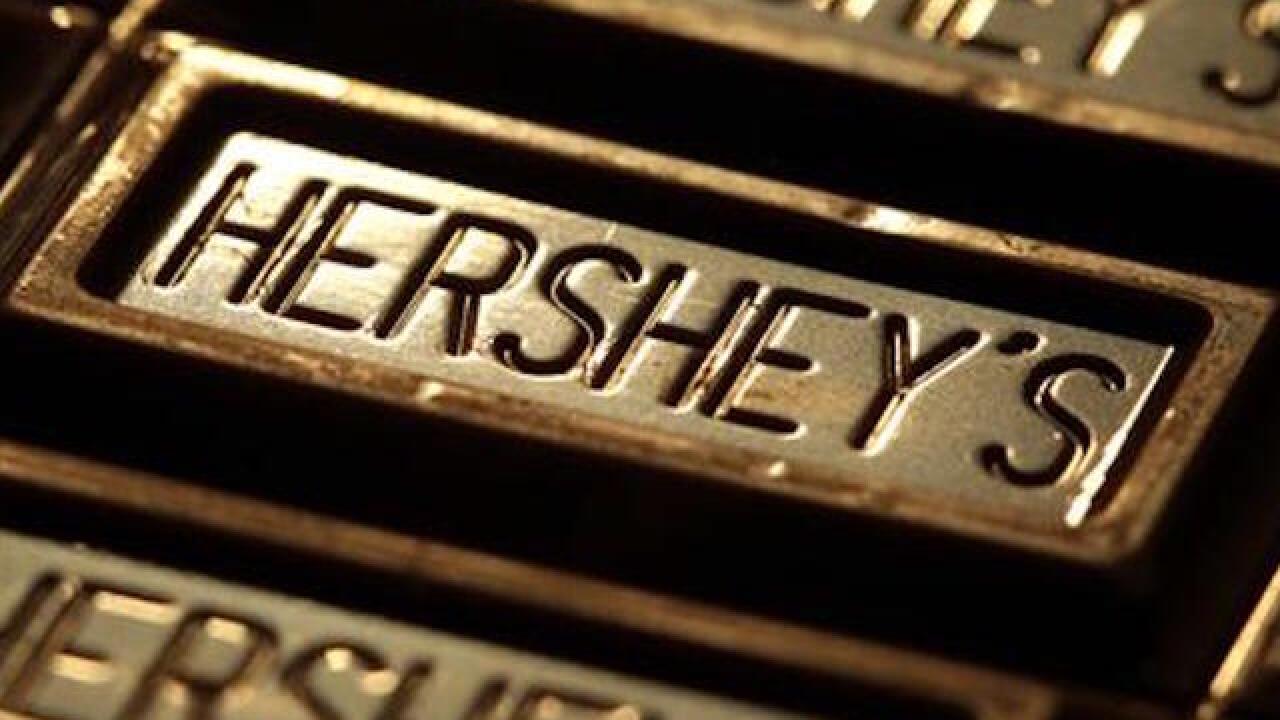 NEW YORK (AP) — Hershey on Thursday rejected a takeover offer from Oreo maker Mondelez that would bring some of the world's best known cookies and chocolates under one company.

It confirmed receiving a preliminary offer from Mondelez for a mix of cash and stock totaling $107 for each share of Hershey Co. common stock. That would value the deal at roughly $22.3 billion, according to FactSet.

Hershey said that, following a review, its board determined the offer provided "no basis for further discussion." A deal would be subject to approval by the Hershey Trust, a controlling shareholder.

A spokeswoman for Mondelez, Valerie Moens, declined to comment on whether the company would make a new offer.

The Wall Street Journal, citing sources it did not name, had reported earlier in the day that Mondelez told Hershey it would take the chocolate maker's name and move its global headquarters to Hershey, Pennsylvania. Hershey's shares surged following the report, and closed up nearly 17 percent at $113.49.

The acquisition of Hershey would give the combined company 18 percent of the global candy market and make it the industry's largest player, according to Euromonitor International. Mars Inc., which makes M&M's and Snickers, is currently No. 1 with 13.5 percent of the market.

The deal would also give Mondelez a bigger presence in its home candy market. While Mondelez controls Cadbury abroad, Hershey has the licensing rights to the brand in the U.S. Mondelez gets the majority of its revenue from overseas, while Hershey gets most its revenue from North America.

J.P. Morgan analyst Ken Goldman said that at least part of Mondelez's rationale for making the bid was probably "defensive in nature," as the company did not want to be acquired by The Kraft Heinz Co., if Kraft were interested.

Goldman noted that the Hershey Trust's members have recently found themselves in hot water. Earlier this year, the Philadelphia Inquirer reported that the state attorney general sent the trust a letter seeking the resignation of three board members and the reduction of board compensation. The letter said the compensation exceeded the trust's own rules.

Kent Jarrell, a spokesman for the trust board, said in a statement the trust has a long history of working constructively with the attorney general and that it is cooperating with the recent inquiries. The trust was established by Hershey founder Milton Hershey to benefit the Milton Hershey School for disadvantaged children.

A tie-up between Mondelez and Hershey would mark just the latest chapter in a series of deals in the packaged food industry, with companies looking for ways to improve their financial results while up against struggling sales growth in saturated markets such as the U.S.

When Heinz announced plans to buy Kraft last year, for instance, executives cited the cost savings that would be achieved by combining manufacturing and distribution networks. That deal took place just a couple years after Kraft split with Mondelez in 2012.