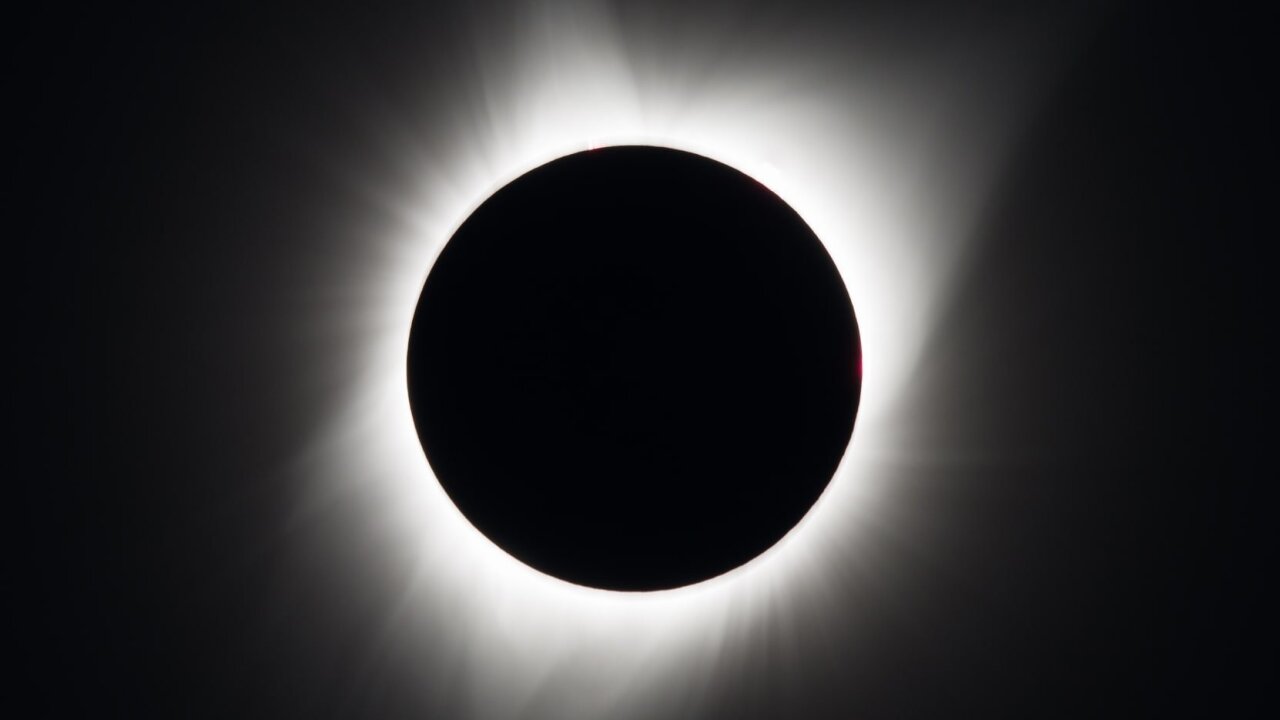 No need to break out the eclipse glasses this year (unless you live within the path of totality): Astronomy lovers can livestream Tuesday's total solar eclipse over South America from the comfort of just about anywhere with WiFi.

Here are a few options

The Exploratorium museum in San Francisco is partnering with NASA to live stream the eclipse as the moon moves between the Earth and Sun to block the Sun's light, leaving areas in its path in darkness for four and a half minutes.

Their coverage begins Tuesday at 3 p.m. ET across three channels: one for live telescope views from an observatory in Vicuna, Chile, and two more for commentary in English and Spanish. NASA Television will also carry the English-language coverage on its channel.

The European Southern Observatory will stream its own live coverage of the event from its facility in the Atacama Desert in Chile. Reservations are full for in-person observatory viewing.

The eclipse will be visible in its totality in a narrow 70-mile radius from La Serena, Chile, to Buenos Aires, Argentina, between 4:38 p.m. and 4:44 p.m. ET.

Along with Argentina and Chile, Ecuador, Peru, Bolivia, Paraguay and Uruguay will experience a partial solar eclipse, as well as parts of Colombia, Brazil, Venezuela and Panama, according to NASA.