Magnitude 6.9 earthquake strikes off coast of Hawaii as volcano continues to erupt 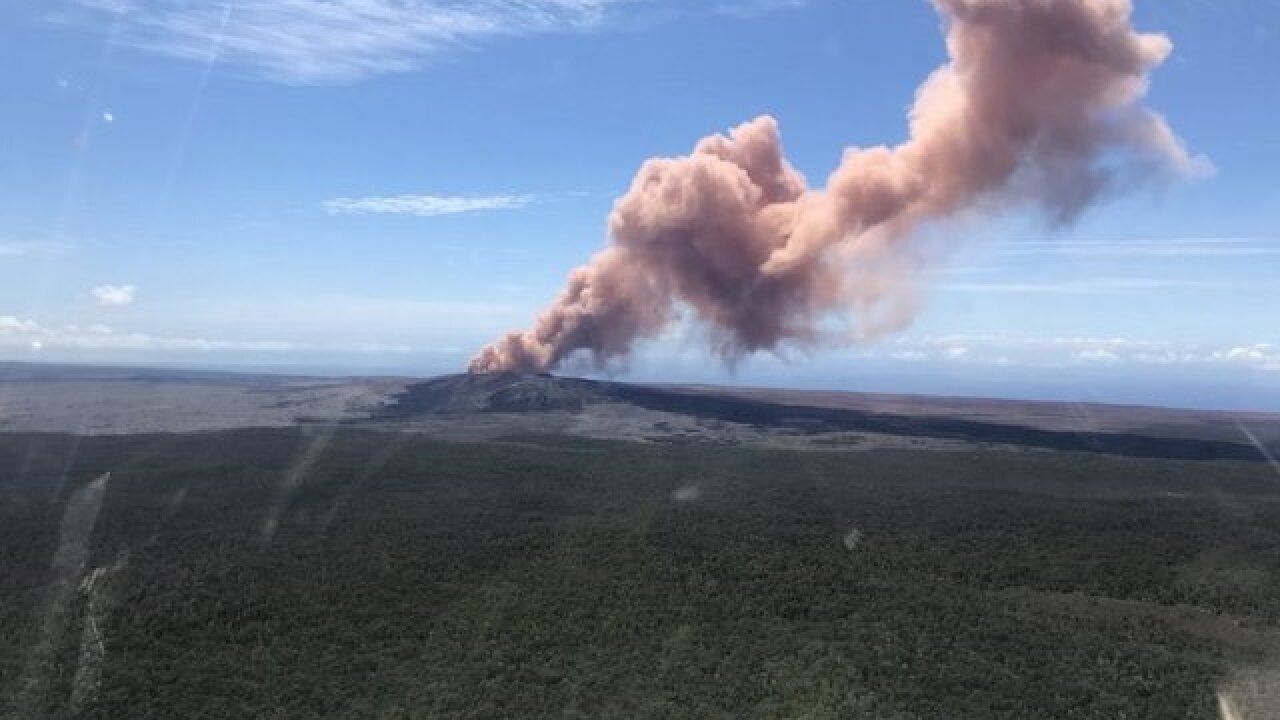 For Stephen Clapper, there was no choice after molten rock and sulfur dioxide gas spewed from the ground near his home on Hawaii's Big Island.

"We had to evacuate. My mother was out of portable oxygen, so that's a first concern. She's 88 years old," he told CNN affiliate KHON .

Clapper became one of hundreds of residents to flee the threats from the volcanic eruption. He said he told his mom on Friday morning to pack a bag, just in case.

But with lava setting trees ablaze and threatening homes, and with gas coming out of cracks in the ground, Clapper went back to the home, got his mother and the dogs, swept up some of his clothes in one arm, and took off for a shelter.

Cracks in Kilauea volcano's rift zone -- an area of fissures miles away from the summit -- erupted Thursday and early Friday, spurting lava in Leilani Estates, a community of about 1,700 people near the island's eastern edge.

There have also been hundreds of earthquakes this week, including a magnitude 6.9 temblor about 10 miles southwest of Leilani Estates on Friday. US Geological Survey seismologist Jana Pursley said there have been 119 earthquakes on the Big Island since Thursday afternoon.

Jeremiah Osuna, who used a drone to record one of the videos Thursday, said the area "sounded like if you were to put a bunch of rocks into a dryer and turn it on as high as you could," according to KHON.

"You could just smell sulfur and burning trees and underbrush and stuff," Osuna said, according to the TV station. "I couldn't believe it. I was kind of shaken a little bit and realizing how real everything is, and how dangerous living on the East Rift can be."

The eruption, in photos

Authorities ordered residents of Leilani Estates and Lanipuna Gardens to evacuate to two community centers, which are serving as shelters.

As of Friday morning, lava hadn't traveled more than "a few tens of yards" from the cracks.

No injuries have been reported from the volcanic eruption, lava flow or fires, Hawaii County Mayor Harry Kim told the media.

Leilani Estates resident Meija Stenback told CNN affiliate KITV that she left the area with her family. The eruption came after hundreds of earthquakes shook the eastern side of the Big Island over four days, and residents had been warned an eruption was possible.

"We knew it was coming, and even now it's ... really surreal at this point," Stenback told KITV.

Exposure to high levels of sulfur dioxide could be life-threatening, according to the federal Agency for Toxic Substances and Disease Registry .

Breathing large amounts of sulfur dioxide could result in burning of the nose and throat and breathing difficulties, the agency says.

Senior citizens, the young and people with respiratory issues have extra incentive to leave the evacuation zone, because they are especially vulnerable to the gas, the state's Emergency Management Agency said .

Leilani Estates-area resident Stephen Clapper said he heeded the evacuation order in large part because his 88-year-old mother was out of her portable oxygen supply, KHON reported.

"I ran in, grabbed the dogs, put them in a crate, put them in the car, went in my room, just grabbed an armload of clothes," he said, according to KHON.

"I urge residents in Leilani Estates and the surrounding areas to follow instructions. ... Please be alert and prepare now to keep your family safe," he tweeted.

Kilauea is one of the world's most active volcanoes. It's in Hawaii Volcanoes National Park , which has since closed off nearly 15,700 acres due to "the possibility of a new eruption and unstable geologic activity." But most of the park remains open, it said in a statement.

Since Monday, several hundred earthquakes -- most of them around magnitude 2.0 -- have been recorded in the area. The series of quakes came after a collapse of a crater floor of Puu Oo.

The tremors have jarred residents, who've been reporting nearly constant ground vibrations. They have also reported cracks in roads.

She said the flurry of earthquakes seemed to happen every minute.

"It'd be like the house would shake. It'd be like somebody that weighs 300 pounds came in my living room, and jumped up and down," she said.