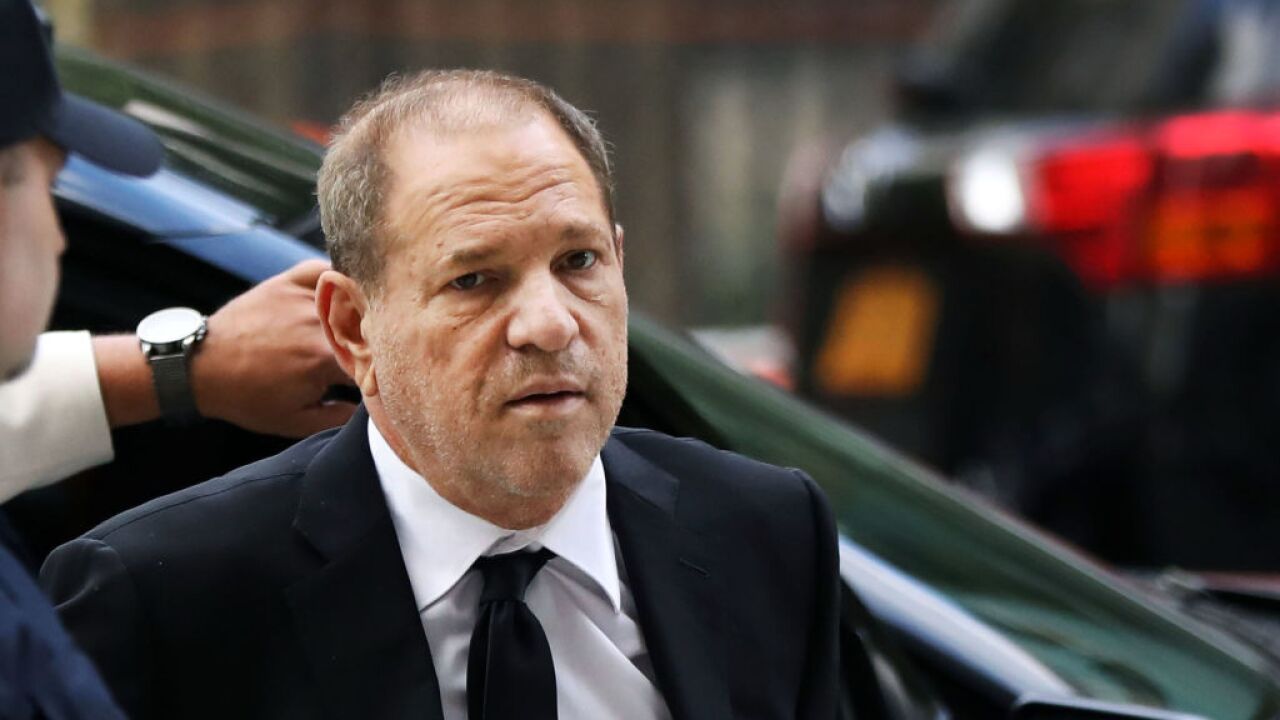 NEW YORK, NEW YORK - AUGUST 26: Harvey Weinstein arrives to court for arraignment over a new indictment for sexual assault on August 26, 2019 in New York City. The new charges against the movie mogul are from an indictment involving the actor Annabella Sciorra. Weinstein has already been charged with a host of other sexual assault charges and with the trial due to start in three weeks prosecutors are likely to request to add Sciorra’s testimony to be included rather than add an additional charge. (Photo by Spencer Platt/Getty Images)

NEW YORK — Harvey Weinstein was sentenced to 23 years in prison Wednesday following his landmark #MeToo conviction for rape and sexual assault according to the Los Angeles Times and PBS.

He faced a maximum of 29 years behind bars for raping an aspiring actress in 2013 and forcibly performing oral sex on a TV and film production assistant in 2006. A second criminal case is pending in California.

Both women that Weinstein was convicted of assaulting gave victim impact statements prior to the sentencing.

Mimi Haleyi broke into tears as spoke about the 2006 attack in which Weinstein assaulted her.

“I believe that if Harvey Weinstein was not convicted by this jury, it would happen again and again and again,” Haleyi said, according to the Associated Press.

The Associated Press also reports that a second Weinstein victim recalled the moment during the trial in which she left the witness stand in tears.

"The day my screams were heard from the witness room was the day my voice came back to its full power,” she said.

Weinstein will also have a chance to speak after he chose not to testify during the trial.

The New York case was the first criminal matter to arise from accusations of more than 90 women.