Gibson donates guitars to musicians who lost instruments in tornadoes

Gibson donates guitars to musicians who lost their instruments in tornadoes 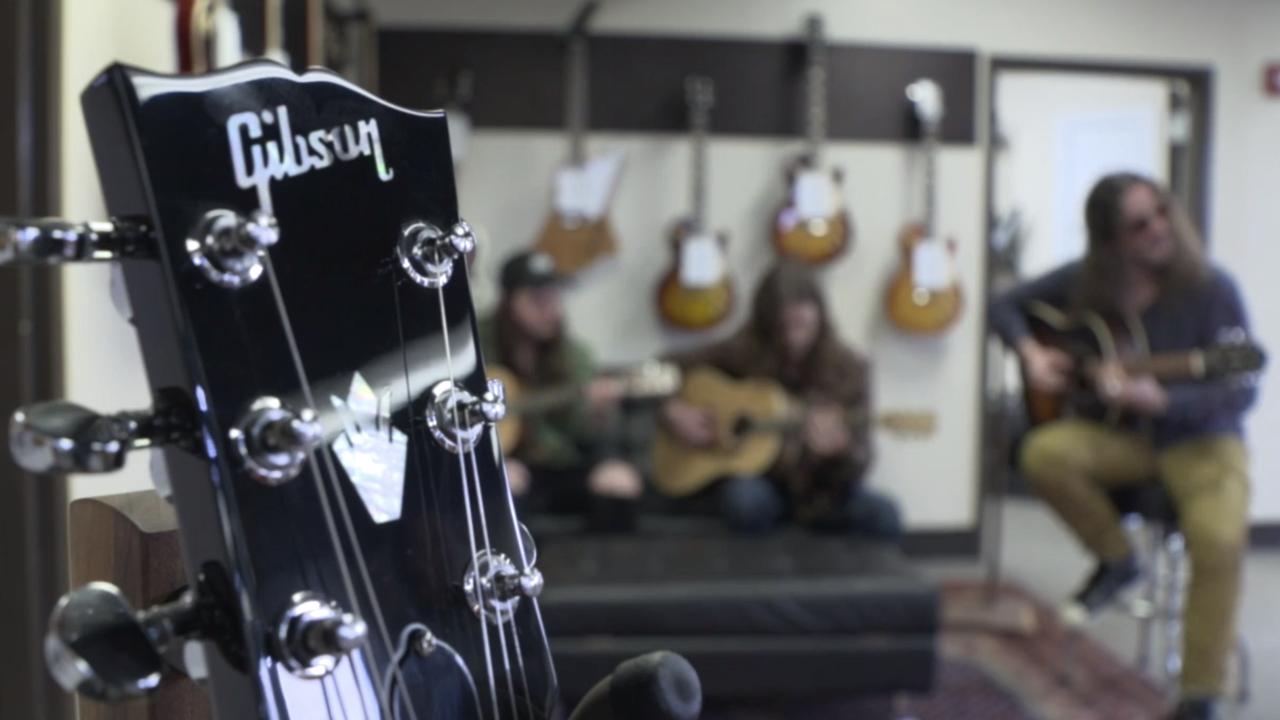 NASHVILLE, Tenn. – In Nashville, Tennessee, music is everywhere and everything.

Whether at a Honky Tonk on world-famous Broadway or at a dive bar on Demonbreun, musicians are playing with a passion and singing their hearts out.

But after a natural disaster recently rocked Music City, USA, some musicians there are having a tough time getting back to making music

“What they’ve used to earn a living and chase a dream is gone now,” said musician Drew Dixon.

For Dixon, his guitar is more than an instrument – it’s his livelihood

“It’s my best friend on the road,” he said. “It’s seen empty rooms. Its seen full rooms. It has just as many stories as I do.”

After tornadoes recently ripped through parts of Middle Tennessee, Dixon is now sharing new stories of artists suffering. Several of his friends and musicians across the community lost some of their most prized possessions: their instruments.

“It’s tragic, man,” he said. “I couldn’t imagine losing something that means so much to me. It’s almost irreplaceable.”

Now, a major brand in the music industry is stepping in and stepping up – and doing what it can to help replace the irreplaceable.

Gibson is donating some of their hand-crafted guitars to musicians in Music City – musicians who lost their instruments to the tornadoes.

“We’re doing this because we believe in music and making music matter one guitar at a time,” said Gibson CEO James Curleigh.

“We just put it out there and said who needs a guitar and we’ve had over 400 requests,” he said.

For Gibson to donate a guitar, all you need is a little proof that yours was actually damaged or destroyed during the tornadoes. After that, they’ll send you one of these six strings for free.

“If a guitar can help the process of recovery, and healing and connection and then actually gets people back on their feet both professionally and personally it’s a proud moment but it hits you where it matters most,” Curleigh said.

Members of the East Nashville based-band Goodbye June lost their instruments during the tornadoes. To help get them back on their feet, Gibson is donating them all new guitars as a means to make music.

“This makes a huge difference this can be the difference between to play a show or not and to put food on your table,” said Goodbye June frontman Brandon Qualkenbush.

Qualkenbush went on to say it’s not just what happens during a disaster but rather how you get through it that shows the true measure of a community.

“Gibson heard the cry,” he said. “And its stuff like this, Gibson stepping in being like, ‘hey, we want to help want to relieve some of that pain you’re feeling’ – it helps a lot.”

Help put a piece of pride back in musician’s hands and play a part in the healing process.