George Papadopoulos asks for leniency ahead of sentencing 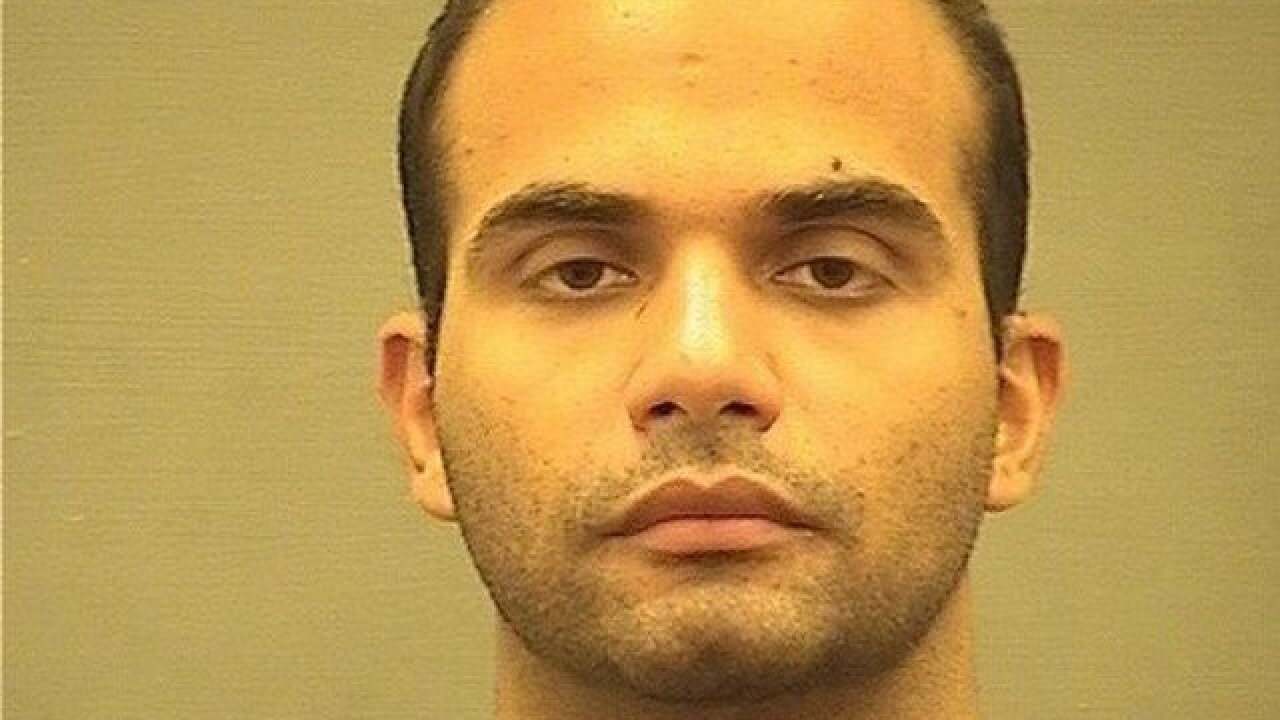 George Papadopoulos didn't think he'd be in this situation, the former Trump campaign aide made clear in a memo to a federal judge before his criminal sentencing.

He was barely qualified for his role as a foreign policy adviser in a campaign focused on improving relations with Russia, his lawyers wrote. A meeting he suggested between Donald Trump and Vladimir Putin during the campaign never happened. And he never realized the seriousness of a mysterious European professor telling him that Russia had "dirt" on Hillary Clinton.

Even when FBI agents first approached him at his mother's house in January last year, Papadopoulos didn't realize the conversation would turn to Russian interference in the presidential election.

Papadopoulos is set to be sentenced on Friday afternoon by Judge Randolph Moss in DC District Court for lying to investigators about his contact with individuals tied to Russia while they pursued more interactions with the campaign. With the sentence, the young man whom Trump administration officials called a "coffee boy" and whose family members have argued is caught in a spy conspiracy will become the first Trump campaign affiliate to have his criminal case reach its completion in the court system.

Papadopoulos has asked the judge for extreme leniency. He hopes to be excused from probation immediately after the sentencing because of the last 13 months he's spent since his arrest, his memo said.

"George told the agents he had no knowledge of anyone on the campaign colluding with the Russians and it would not have been in anyone's interest to undermine the democratic process," his lawyers wrote in the memo last weekend. "While his offense was grave, Mr. Papadopoulos did not intend to derail the federal investigation."

Both Papadopoulos' mother and his now-wife, Simona Mangiante, whom he met through LinkedIn during the 2016 campaign, have been his outspoken defenders since his plea. However, he did not submit to the judge any letters from friends and family that spoke to his personal character or supported his request.

The special counsel's office prosecutors want a more substantial sentence and have asked the judge for up to six months of prison time, which would fall within the court's guidelines for his crime. They allege Papadopoulos thwarted an ongoing national security investigation and contributed to them losing track of Joseph Mifsud, the professor who knew about the "dirt" on Clinton, before they could effectively question him. And, the prosecutors add, Papadopoulos has been difficult for them to handle since he was arrested in July 2017.

"The defendant did not provide 'substantial assistance' " after that arrest, prosecutors wrote to the judge, "and much of the information provided by the defendant came only after the government confronted him."

"The sentence imposed here should reflect the fact that lying to federal investigators has real consequences, especially where the defendant lied to investigators about critical facts, in an investigation of national importance, after having been explicitly warned that lying to the FBI was a federal offense," the prosecutors added.

A week before his sentencing, Papadopoulos' legal team took a final swipe at the administration. He publicly contradicted, in his court filing, congressional testimony from Attorney General Jeff Sessions about Sessions' response to the Putin-Trump meeting proposal.

Only one other criminal defendant in the Russia probe has been sentenced. That was Alex Van Der Zwaan, a London-based Dutch lawyer who worked for the law firm Skadden Arps and assisted Paul Manafort and Rick Gates in rolling out a public relations effort for Ukrainian politicians for whom they worked. Van Der Zwaan pleaded guilty to lying to the FBI in February and admitted to hiding his communications with Manafort's team in 2016 from federal investigators. He received a sentence of 30 days in prison and a $20,000 fine. Van Der Zwaan was deported after he served his time in a low-security facility in Pennsylvania.

Van der Zwaan had asked federal Judge Amy Berman Jackson for no jail time, and the government had asked for at least some imprisonment. Jackson, at his sentencing, emphasized Van Der Zwaan's responsibility as a lawyer, the seriousness of the crime and his upbringing that allowed him to understand right from wrong.