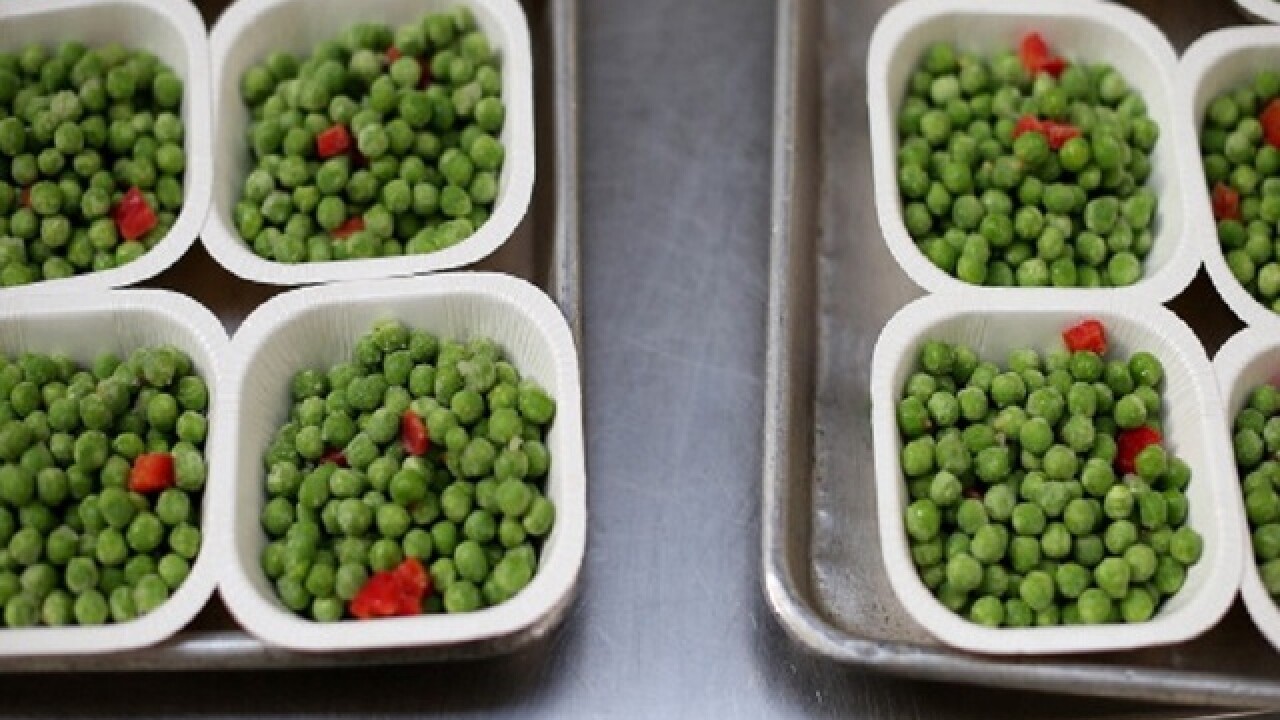 Justin Sullivan
<p>SAN FRANCISCO, CA - FEBRUARY 27: Bowls of frozen peas sit on a tray in the kitchen at Meals On Wheels of San Francisco on February 27, 2013 in San Francisco, California. Programs for the poor like Meals On Wheels, which delivers meals to homebound seniors, could be affected if $85 billion in federal spending cuts come down due to sequestration. (Photo by Justin Sullivan/Getty Images)</p>

By: Mina Abgoon
Posted at 10:30 PM, Apr 25, 2016
A frozen foods company that sells its products nationwide is recalling 15 frozen vegetables sold under various names, citing a potential listeria contamination.
CRF Frozen foods is recalling green peas, mixed vegetables, white sweet corn, and several other vegetables sold  as"True Goodness" by Meijer, "Wellsley Farms Organic," "Organic by Nature," and "Schwan.”
The items were sold in 35 U.S. states and parts of Canada. The recall was reportedly issued after routine testing found Listeria in one lot of petite green peas and white sweet cut corn.
See the U.S. Food and Drug Administration's website for details regarding the recalled items.
The FDA describes Listeris as “an organism which can cause serious and sometimes fatal infections in young children, frail or elderly people, and others with weakened immune systems. Although healthy individuals may suffer only short-term symptoms such as high fever, severe headache, stiffness, nausea, abdominal pain and diarrhea, listeria infection can cause miscarriages and stillbirths among pregnant women.”
Scripps Only Content 2016