For some in Ferguson, protests happening across the country are deja vu

For some in Ferguson, protests happening across the country are deja vu 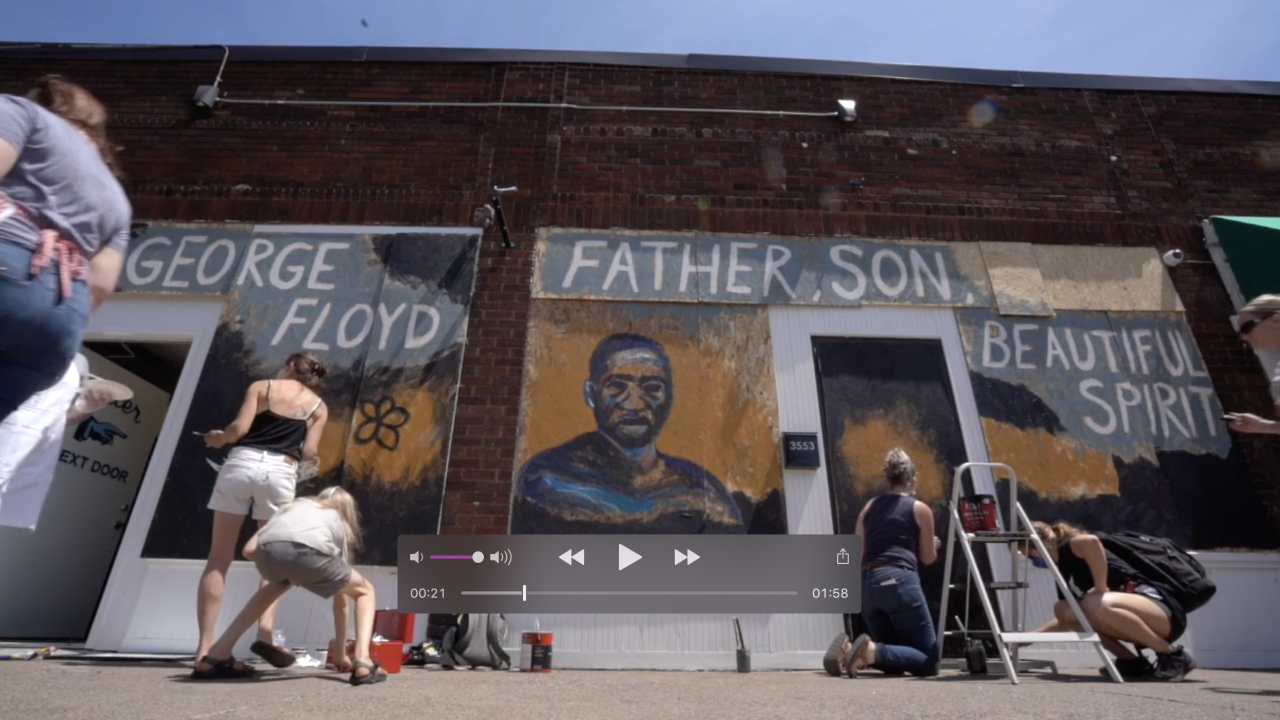 East Canfield drive in Ferguson, Missouri is quiet these days.

Even as cities across the country burn, a plaque that bears the name Michael Brown sits on the road’s sidewalk untouched; no protesters or agitators in sight.

"Definitely, it brings up 2014,” said Michael Brown’s father, Michael Brown Sr. “[George Floyd’s death] definitely took the scab up off the wound so, you know, I’m feeling all the emotions.”

In 2014, Michael Brown, an unarmed black teenager, was shot and killed by a white officer in what is remembered as a spark for the current racial justice movement that has materialized into riots and protests across the country.

George Floyd’s death has caused that movement to soar to new heights as the National Guard has been deployed to help tame riots in 21 states.

As a Ferguson resident, Edwards marched in the protests following Brown’s death. He says since then he’s seen some changes in leadership within the Ferguson Police Department, but across the country he says he has not noticed a change in how black Americans are perceived and treated by law enforcement.

“We're hurt, we’re frustrated, we’re pissed off, and it’s not going to end until we get some answers,” he said.

Edwards says the riots, vandalism, and looting we are currently seeing is the manifestation of anger from not being heard. He says while he might not agree with the actions, he understands why they are happening.

“It ain’t going to get better,” Shotwell said.

Shotwell is in his mid-sixties and has lived in Ferguson for 15 years. After the 2014 protests and riots, he said he moved to Illinois to escape the turmoil but returned in 2017. He says while he too has yet to see change in how black Americans are treated he does not agree with the riots and looting.

“A lot of [these agitators] don’t know what they’re fighting for,” he said. “A lot of them are just following the crowd.”

Over the weekend, protests in the St. Louis area, like many across the country, turned violent. On Saturday night, officers from the Ferguson Police Department had to use tear gas to disperse a crowd that was throwing projectiles at the department’s windows and nearby businesses.

Come Sunday morning, broken glass peppered the parking lot and sidewalk outside as volunteers helped clean it up.

Brown Sr. says until people are heard and understood, he fears it will not stop.

"We definitely have to get down to the roots and start caring about each other,” he said.