Flynn may have broken law by not disclosing Russia payments, lawmakers say 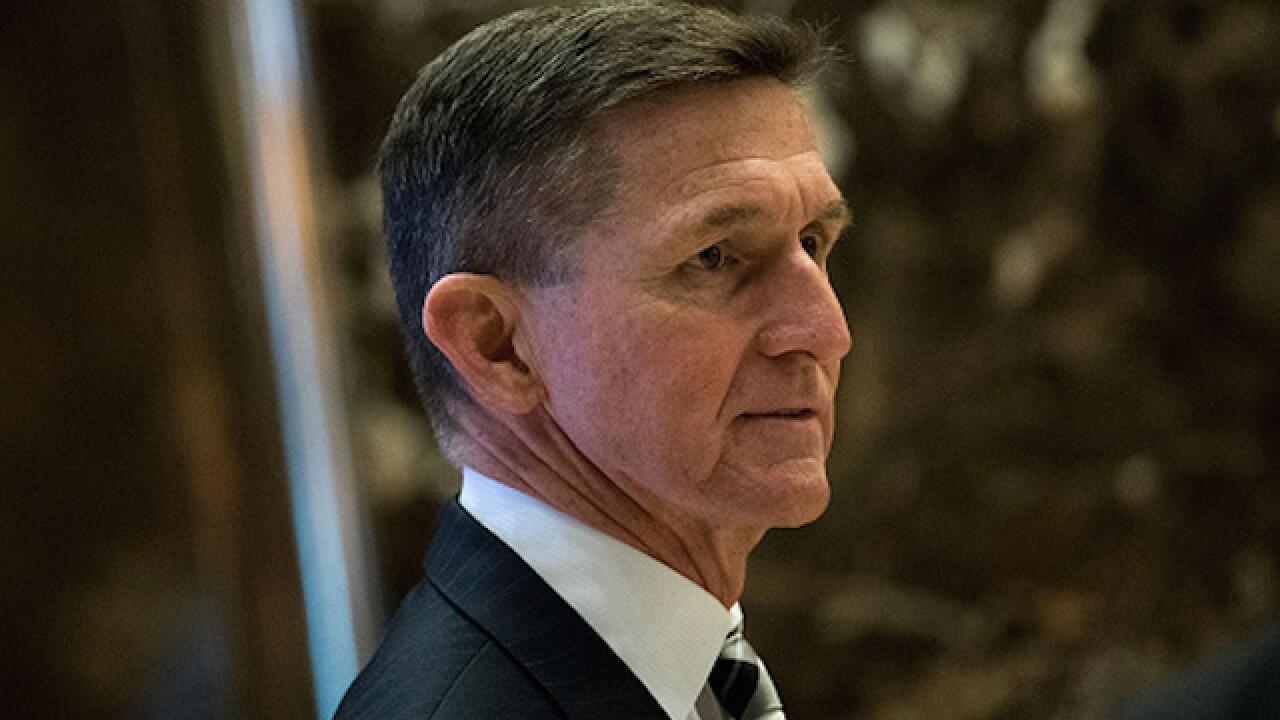 "As a former military officer, you simply cannot take money from Russia, Turkey or anybody else. And it appears as if he did take that money. It was inappropriate. And there are repercussions for the violation of law," Chaffetz said.

Chaffetz and Cummings announced their findings to reporters on the Hill following a classified gathering of the committee in which they reviewed documents that Cummings described as "extremely troubling."

"I see no data to support the notion that Gen. Flynn complied with the law," Chaffetz said, referring to whether Flynn received permission from the Pentagon or the State Department or that he disclosed the more than $45,000 he was paid for a speech he gave to RT-TV in Russia.

Chaffetz said that the committee will send a letter now requesting information from the inspector general at the Department of Defense and the comptroller of the US Army to determine how they will handle news of Flynn's security clearance. One action, he said, may be seeking repayment of money from Flynn -- possibly in the tens of thousands of dollars.

Cummings noted that the security clearance states that knowingly leaving off payments from foreign governments is a felony punishable with up to five years in prison. But he and Chaffetz both said that it was not for them to decide whether Flynn committed a crime.

Flynn's lawyer, Robert Kelner, said Tuesday that Flynn was not hiding anything, noting that he briefed the Defense Intelligence Agency on his trip to Russia.

"As has previously been reported, General Flynn briefed the Defense Intelligence Agency, a component agency of DoD, extensively regarding the RT speaking event trip both before and after the trip, and he answered any questions that were posed by DIA concerning the trip during those briefings," Kelner said in a statement to CNN Tuesday.

When asked by a reporter if the White House believed that Flynn broke the law in his SF-86 letter, White House press secretary Sean Spicer said he didn't know.

"That would be a question for him," Spicer said. "I don't know what he filled out or what he did or did not do. That all happened. He filled that form out prior to coming here. It would be up to the committee and other authorities to look at that. I don't know."

The news comes after the White House declined to provide documents related to Flynn that the panel investigating him had requested, according to a letter obtained by CNN.

White House Director of Legislative Affairs Marc Short outlined in a letter to the House oversight committee how it would not complete the request from the panel, referring some requests to the Department of Defense, saying the office doesn't have custody of some of the other documents or simply stating "we are unable to accommodate" others.

A White House aide disputed that the White House was withholding anything from the committee, saying they could not provide documents they do not have access to. The aide said that they directed oversight investigators to the appropriate agencies.

The announcement about Flynn comes a week after CNN reported that Jared Kushner, Trump's son-in-law and a senior adviser to the President, has yet to detail to the federal government all of his foreign contacts, a condition of receiving his top secret security clearance, CNN has learned.

When Kushner first submitted his forms to the FBI, he left the section about foreign contacts blank -- despite the fact that he had met with a large number of foreign emissaries and leaders once Donald Trump became the president-elect and he became the point man for international contacts for the incoming Trump administration.

Whether Flynn properly disclosed payments from foreign governments on his security clearance application was the subject of the House oversight committee meeting Tuesday, as members reviewed the first batch of documents related to the investigation coming from the Pentagon.

The committee gathered Tuesday morning at the Capitol to review classified material provided by the Department of Defense in response to its March 22 request for more information on Flynn, according to MJ Henshaw, a spokeswoman for House Oversight Chairman Jason Chaffetz.

The committee has sent additional requests for information about Flynn to the White House, the FBI and the Office of the Director of National Intelligence. However, Tuesday's meeting will only include responses from the Pentagon.

Oversight investigators also revealed last month that Flynn had received $530,000 for work his lobbying firm did that, according to the committee, likely benefited the Republic of Turkey.

The House and Senate intelligence committees have been leading the primary investigations into Russia's interference in the US elections and possible coordination with top aides to the Trump campaign. However, the House oversight panel has taken a particular focus on Flynn's work -- drilling down in a series of requests.

Flynn was forced to resign from his role as Trump's national security adviser after it was discovered he withheld information about discussions he had with Russian ambassador to the US Sergey Kislyak. Flynn is one of four former Trump aides at the center of the FBI's probe and is a top target for House and Senate investigators as well.

Since he resigned, Flynn has retained a lawyer and has offered to testify in exchange for immunity from prosecution -- an offer nobody has apparently taken him up on.