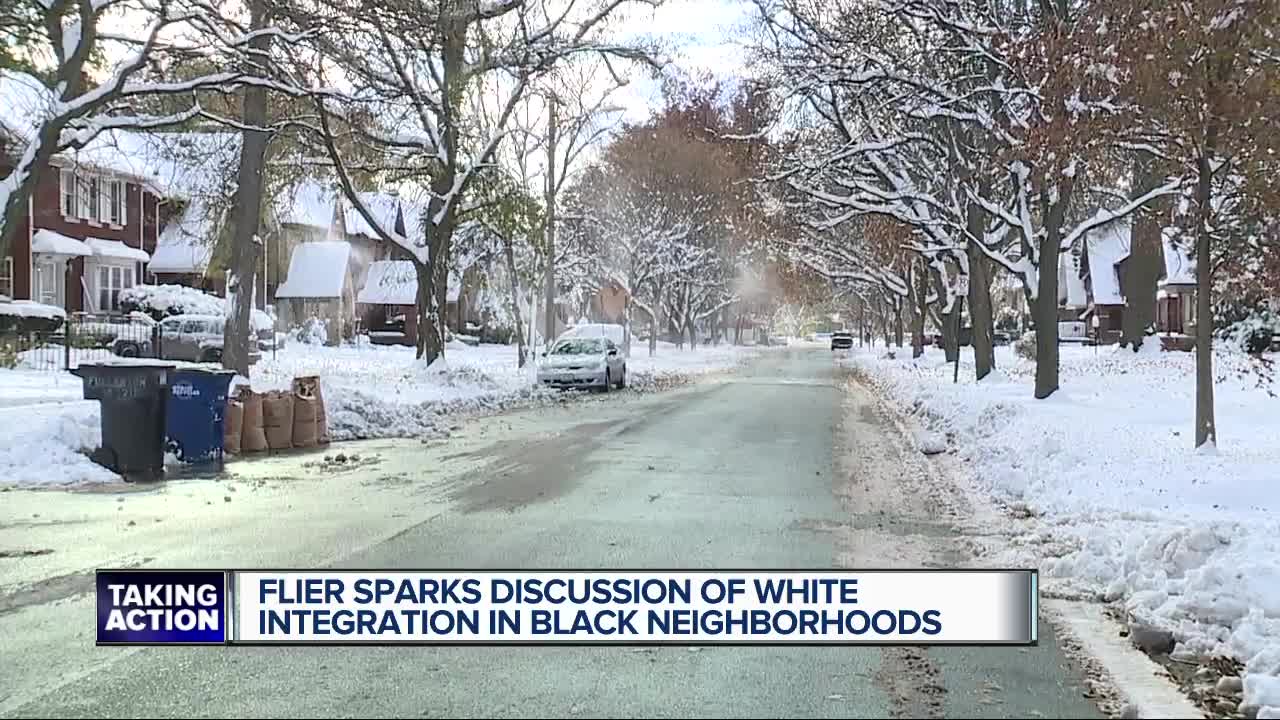 A flyer distributed around the west side of Detroit is causing concern. Is it racist? Is it real? Is it reversing Detroit history? 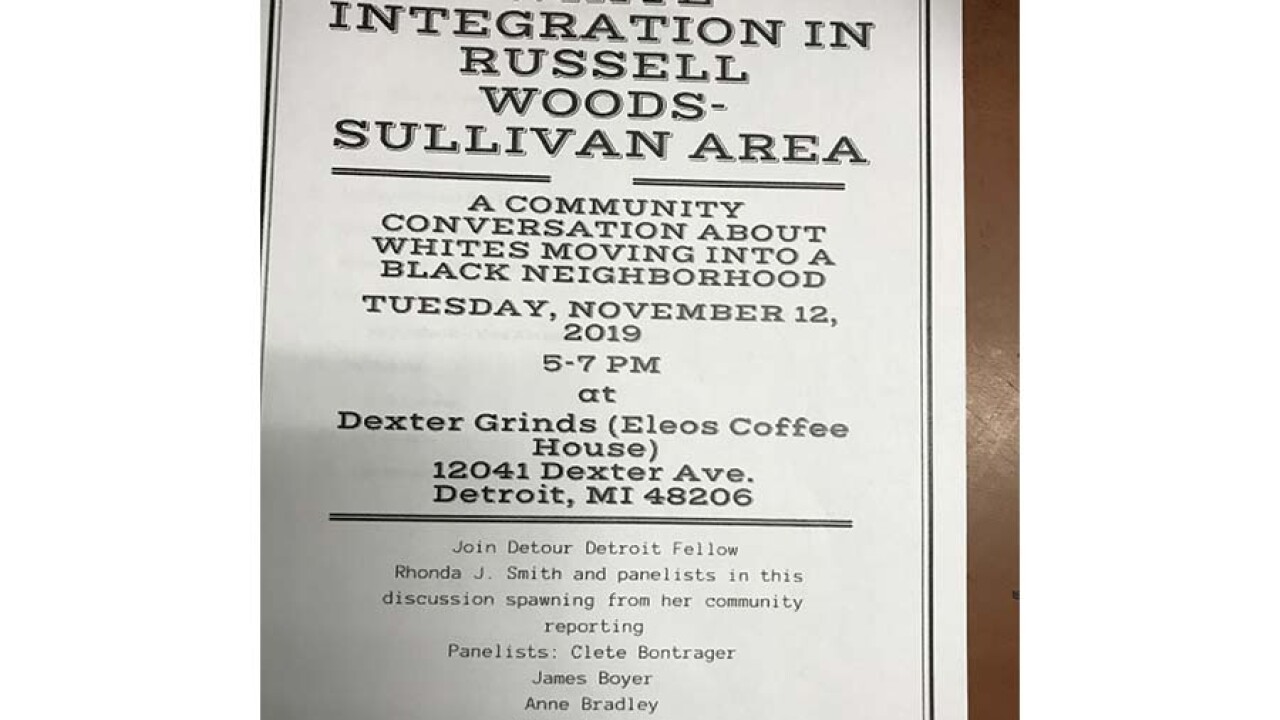 DETROIT — A flyer distributed around the west side of Detroit is causing concern. Is it racist? Is it real? Is it reversing Detroit's history?

The flyer is an advertisement for a community discussion about "White integration into the Russell Woods-Sullivan area." The neighborhood has been majority black for years, but gentrification has recently brought more white people to the area.

Rhonda J. Smith organized the meeting and wrote the flyers. She says she chose the wording deliberately to hit some nerves. She's lived in the Russell Woods-Sullivan neighborhood for more than 20 years and is seeing a change with more white people moving into homes.

"I was tired of hearing the same story about the white gentrifiers and the black victims," Smith said. "I wanted to see if there is another angle I can approach."

She's a fellow with the Detour Detroit online newsletter.

Smith says some of her black neighbors have complained to her about new white residents walking their dogs and messing up their yards. And another neighbor said they are coming in and taking over, but they didn't exactly say what that means.

Race is always a hot issue in Detroit. "White flight" happened for decades in the city. This neighborhood is not far from where the 1967 riots broke out.

This story was originally published by Jim Kiertzner on WXYZ in Detroit.