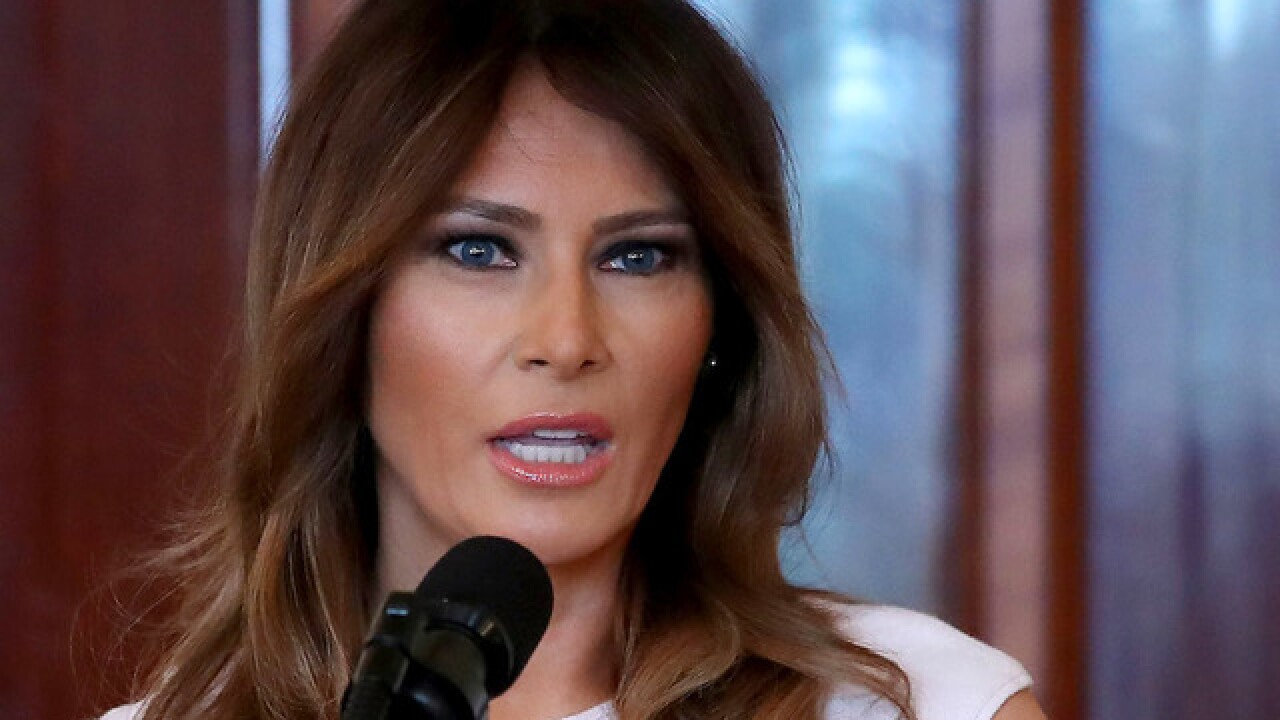 Copyright Getty Images
Mark Wilson
<p>WASHINGTON, DC - FEBRUARY 26: First Lady Melania Trump speaks at a luncheon for governors spouses in the Blue Room at the White House, on February 26, 2018 in Washington, DC. The nation's governors are in town for their annual meeting with the President. (Photo by Mark Wilson/Getty Images)</p>

Trump had been experiencing an issue with her kidney that her office described as benign, but requiring medical attention.

Trump, who turned 48 last month, entered Walter Reed in nearby Bethesda, Maryland, on Monday morning and is expected to remain hospitalized for several days following the operation, according to the statement from her communications director, Stephanie Grisham.

She is the first US first lady to undergo such a serious medical procedure while in the White House since Nancy Reagan had a mastectomy in October 1987. Rosalynn Carter underwent surgery to remove a benign lump from her breast in April 1977. Weeks after Betty Ford became first lady, she was diagnosed with breast cancer and underwent a mastectomy in September 1974.

On May 7, Trump, a relatively private first lady by comparison to her most recent predecessors, was once again front and center, this time to unveil her formal platform, Be Best. She kicked off the initiative with a Rose Garden speech lasting 11 minutes, the longest public speaking engagement during her 16-month tenure as first lady.

Be Best is a three-pronged platform with a focus on opioid addiction and families, general physical and emotional well-being of children, and kindness and safety for kids using social media. The latter caused a firestorm of controversy because it encompasses cyberbullying, a tactic that Melania Trump's husband, the President, has often been accused of fueling.

In March, the first lady addressed the criticism she has faced by taking up the issue during opening remarks to a meeting she convened at the White House for tech industry leaders from Google, Snap, Twitter, Facebook, Amazon and others.

"I am well-aware that people are skeptical of me discussing this topic," she said. "I have been criticized for my commitment to tackling this issue, and I know that will continue. But it will not stop me from doing what I know is right."

Melania Trump has also appeared with her husband several times in recent weeks. He was seated in the front row during her Be Best speech, after which he made remarks praising her commitment to helping children, and he was again second to speak, after his wife, during the Military Mothers and Spouses Ceremony on Friday in the White House East Room.

"She's become a very, very popular first lady. I'm reading that ... They love Melania," the President said. A new CNN poll released May 7 had the first lady's favorable rating up 10 points since January to 57 percent.