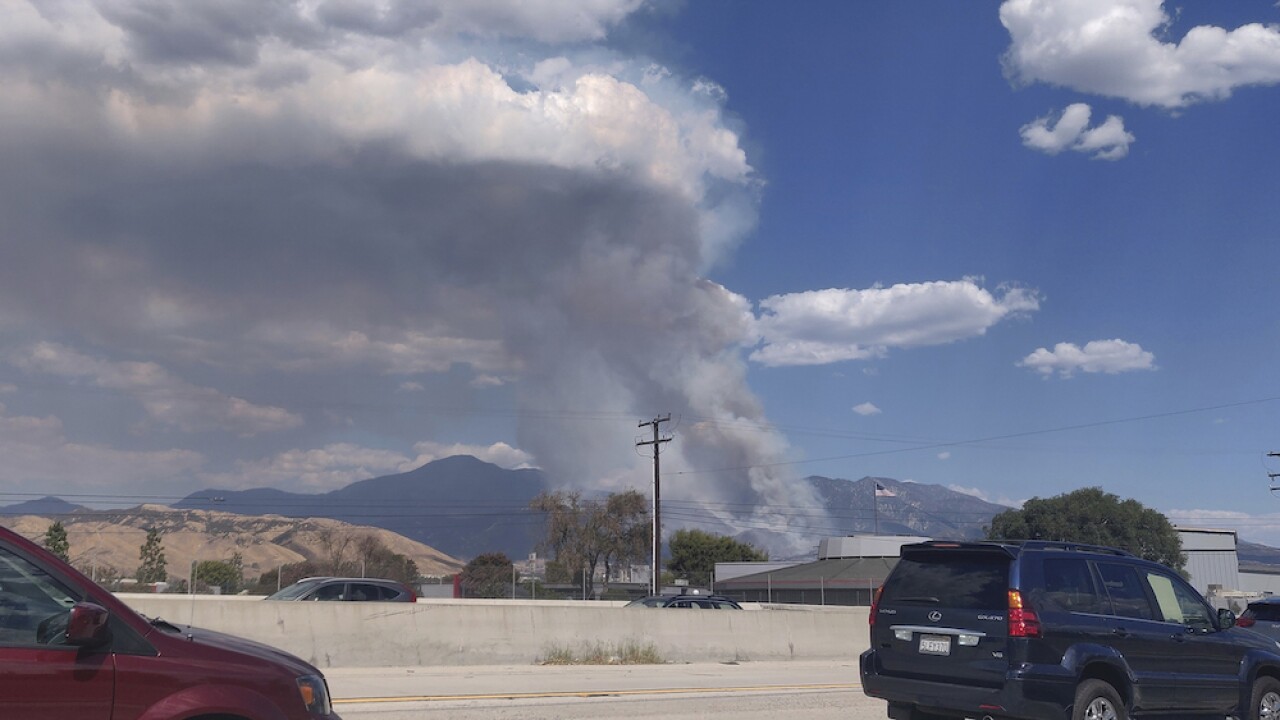 Ringo H.W. Chiu/AP
A plume of from El Dorado Fire is seen from the Interstate 10 in Loma Linda, Calif., Saturday, Sept. 5, 2020. In Southern California, a fast-moving fire in the foothills of Yucaipa has prompted evacuation orders for Oak Glen, a farm community that just opened its apple-picking season to the public. Cal Fire's San Bernardino unit said the fire has scorched at least 800 acres and was burning at a "moderate to dangerous" rate of spread. (AP Photo/Ringo H.W. Chiu)

The agency says in a news release that the death occurred Thursday as crews battled the El Dorado Fire.

The name of the firefighter is being withheld until family members are notified.

The El Dorado Fire was sparked on Sept. 5 by a pyrotechnic device used during a gender reveal party. According to a press release from Cal Fire, "those responsible for starting fires due to negligence or illegal activity can be held financially and criminally responsible.”

Thursday's death marked at least the 36th death in a series of wildfires that have ravaged the West Coast dating back to mid-August. It's the first death recorded in Southern California — previous wildfire-related deaths had occurred in Northern California, Oregon and Washington state.