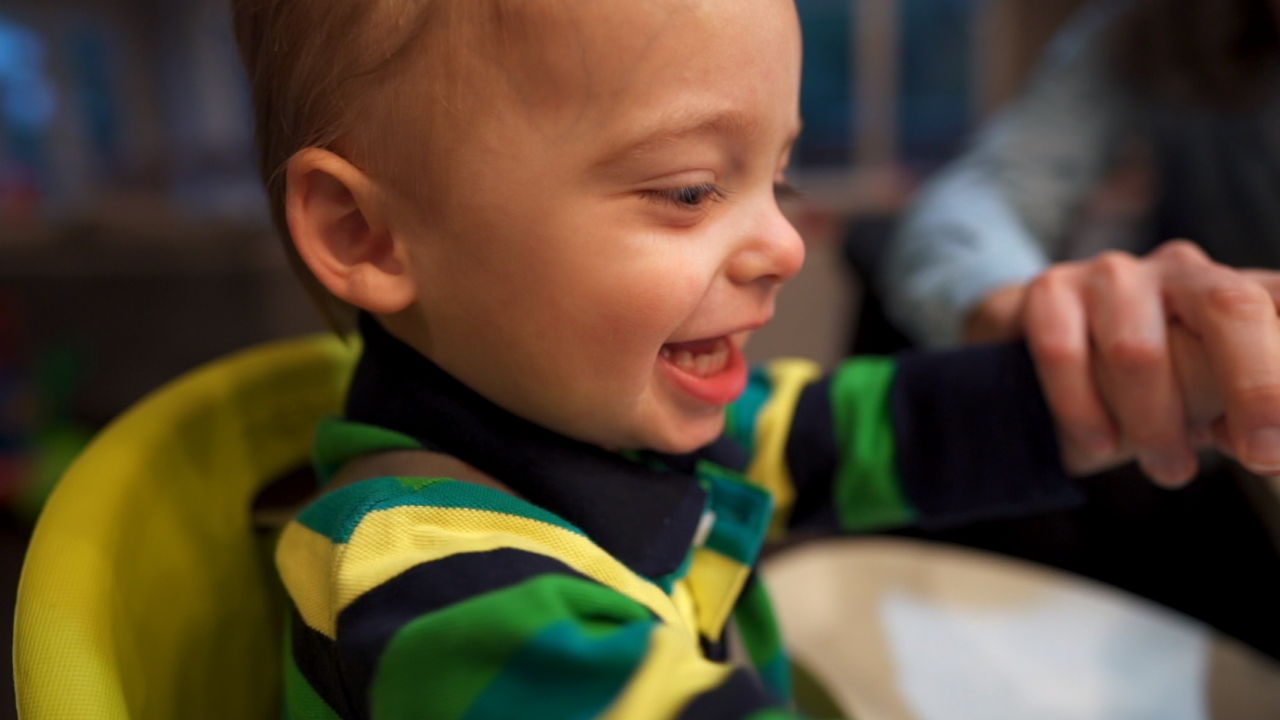 A Denver family is trying to raise $3 million in order to cure their son with a rare genetic disease.

Doctors told Amber Freed that her 2-year-old son is one of 34 people in the world to have this rare neurological genetic disease.

“The disease is so rare, it doesn’t even have a name,” Freed said. “It’s called SLC6A1, because that is the gene that it effects.”

The disease causes Maxwell to have trouble moving and communicating, and soon it will only get worse.

“The most debilitating part of the disease will begin between the ages of 3 and 4,” Freed said. “So, we are in a fight against time.”

“I noticed early on that Maxwell wasn’t progressing as much as Riley,” Freed said. “I noticed he couldn’t use his hands. The doctors told me that every baby can use their hands. That’s when I realized there was something wrong with him.”

After multiple visits to the doctor, Freed was able to find a genetic specialist to give Maxwell a diagnosis.

“He looked at me and said, ‘Something is very wrong with your son. I don’t know if he’s going to live,’” Freed said. “My soul was just crushed. It was a sadness I didn’t even know existed on earth. You never think something like this could happen. I left my career, and I had no other choice but to create my own miracle and to find a treatment forward to help Maxwell and all those others like him.”

Freed searched for scientists trying to create a cure, which she found at the University of Texas Southwestern Medical Center in Dallas.

“We’re working with diseases where kids are born with a defective gene,” said Steven Gray, an associate professor at UTSW in pediatrics. “Our approach is to replace that gene to fix the condition at the level of their DNA. We’re taking the DNA that those patients are missing and packaging that into a virus and use that virus as a molecular delivery truck to carry those genes back in their body and fix their DNA.”

“It’s a rare disease, no one has ever heard of it,” Freed said. “But one rare disease messed with the wrong mother.”

Freed said she has raised $1 million to help with research for the cure and will need an additional $3 million, in order to let Maxwell and many others continue to enjoy life.

“I want Maxwell to have every opportunity that children should have in this life,” Freed said. “When he is having a good day, I just try and soak him in as much as I can. We don’t take anything for granted in this house.”

If you want to help donate for the cure, you can do so by visiting MilestonesforMaxwell.org or click on this GoFundMe page.