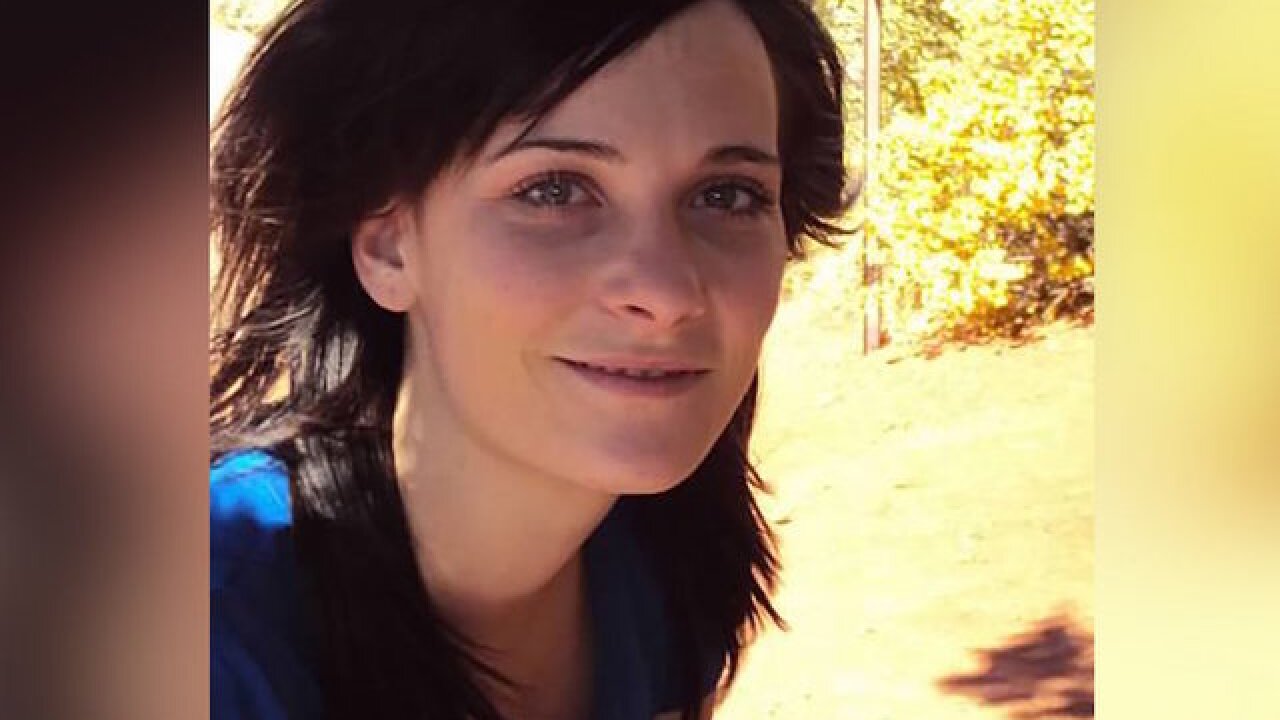 The family of a woman who died last year in a Nevada jail cell has filed a wrongful death lawsuit, claiming jailers failed to follow procedures after she told them she had previously had seizures due to a drug dependency.

Kelly Coltrain died in July 2017, four days after she was arrested in Mineral County, Nevada, for driving on a suspended license.

A 253-page report done by the Nevada agency that investigates in-custody deaths says it appears that jailers failed to follow policies and procedures and those violations might be criminal.

The report points to laws on inhumanity to prisoners involving substantial harm, a felony, and oppression under color of office, a gross misdemeanor.

The family's lawsuit filed last week contends that Coltrain told a sergeant at the county jail that she had a history of seizures related to her drug dependency. The suit maintains Coltrain got no medical help and the jail staff was "deliberately indifferent" to her condition and their failures caused Coltrain's "protracted, extensive, painful, unnecessary death."

A medical examiner's report says heroin was found in her blood, and her death, ruled to be an accident, was due to complications of drug use.

"It is unconscionable to refuse treatment to an inmate with a history of seizures when on notice of that fact," the family's lawyers, Terri Keyser-Cooper and Kerry S. Doyle, said in a statement provided to CNN. "The jail was on notice of a serious risk of harm and death to Kelly and ignored it. ... These defendants allowed Kelly Coltrain to die. Her death was entirely preventable and avoidable."

The report from the Nevada Department of Public Safety Investigation Division says that, though Coltrain briefly withheld information about her health history, she eventually told the sergeant about her seizures and Coltrain asked another deputy to go to the hospital.

And later she appeared on video surveillance to be struggling physically.

"Staff was also aware that over a period of time she was vomiting and exhibiting withdrawal symptoms," a letter from a detective to Mineral County District Attorney Sean Rowe said. "The investigation also revealed that regular welfare checks did not occur."

The letter was written in April after the investigation wrapped up, but evidence from the probe became public recently after Coltrain's family decided to sue.

Brent Ryman, an attorney who is representing Mineral County, said: "While I cannot comment on the specific facts of this case due to pending litigation and the personnel issues involved, I would like to again express my condolences, along with those of the sheriff and Mineral County, to Kelly's family for their loss."

Ryman said an outside group, Legal and Liability Risk Management Institute, will review jail policies and amend them, where appropriate.

"(Sheriff Randy Adams) is fully committed to providing professional, appropriate and safe medical care to all jail detainees," he said.

CNN was unsuccessful in attempts to reach Rye, the district attorney in Lyon County. He told the Reno Gazette Journal: "The review of the case, in our opinion, did not establish any willful or malicious acts by jail staff that would justify the filing of charges under the requirements of the statute."

Coltrain died despite asking to go to a hospital and later vomiting multiple times in her cell, one that was monitored by a video camera, the family's lawsuit says.

Coltrain, who was living in Texas but had been in Nevada for a family event, was arrested the morning of July 19 after a traffic stop for speeding revealed that she had missed court dates there for previous violations and her license was suspended.

She was put in a "max cell," where jail policy requires that inmates be monitored at least every 15 to 30 minutes and that a physical check be performed twice an hour on inmates who are lying down, as Coltrain was, investigation documents show. The report says video shows jailers didn't stop by as frequently as policy mandates.

She died July 22, but jailers didn't notice for hours and didn't enter her cell or attempt to offer aid when she was found unresponsive, the lawsuit says. Her body lay in the cell at least five hours longer, until officers entered to take pictures of the body, the suit says.

Sergeant: Inmate told me she just wanted to sleep

According to interview notes, the sergeant, who retired this year after more than 22 years of service, told an investigator that Coltrain used the jail phone at her booking, made a call that got her upset, and then admitted to him that she had a dependency on benzodiazepines, a class of medication with sedative properties. (Coltrain's autopsy said benzodiazepine results were below reportable limits in her blood.)

Coltrain did not eat her initial meals then started to eat a little, the sergeant said. On the day she died, the sergeant brought dinner to her, and as she started to eat he noticed vomit on the floor. He also thought her jail uniform might be soiled so he brought her fresh clothes and a mop.

Video shows Coltrain try to mop the floor while still seated on her bed.

The sergeant went back to the cell and, according to his testimony, asked Coltrain if she was OK. He says she told him she was fine.

He told a follow-up investigator that Coltrain told him she did not feel good and just wanted to sleep.

Coltrain died less than an hour after that encounter, the lawsuit says. Video shows her shaking as if having a seizure.

Another deputy at the jail told an investigator that Coltrain wanted to go to the hospital on the first day to get Xanax and told him she had a history of seizures.

The report says the other deputy told Coltrain: "Unfortunately, since you're DT'ing I'm not going to take you over to the hospital right now just to get your fix."

He told her she didn't get to go to the hospital when she wanted, that she would go if jailers felt her life was in danger.

The jail in Mineral County, which has about 4,500 residents, is across the street from a hospital.

The lawsuit names the sheriff, the two deputies, the county and others as defendants.

The plaintiffs are asking for monetary damages, though the amount was not specified.