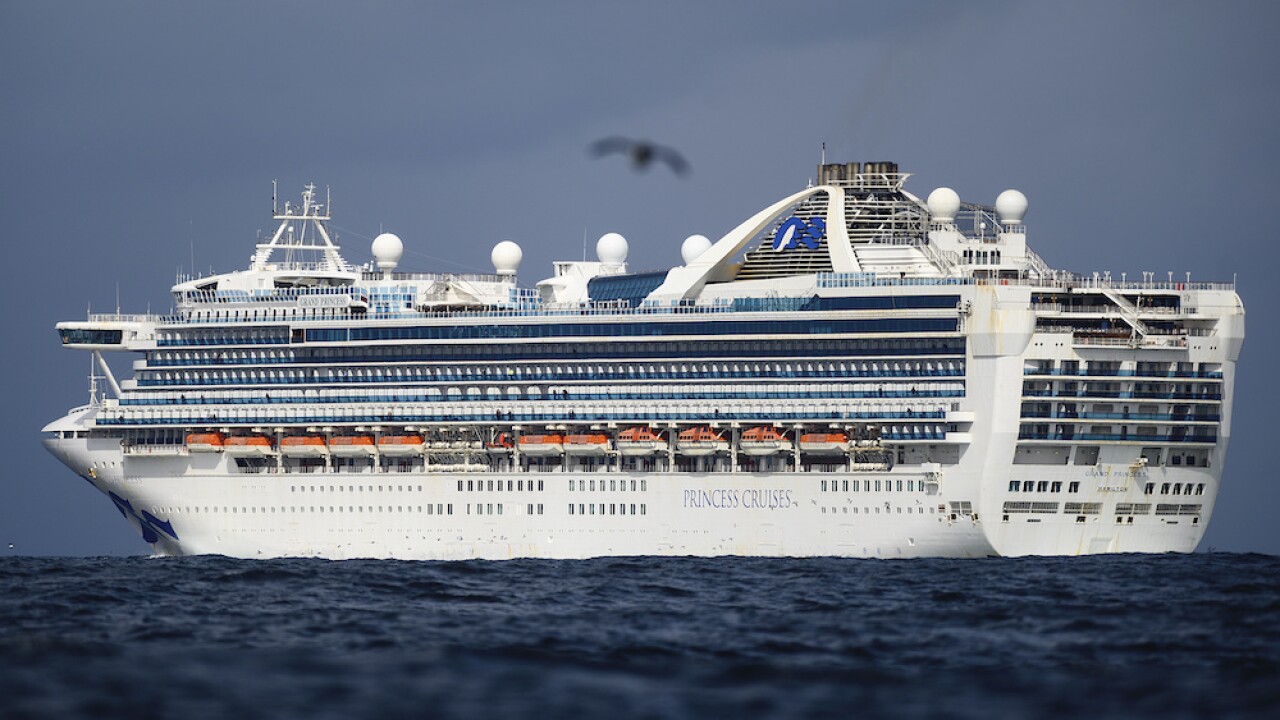 Copyright 2020 The Associated Press. All rights reserved
Noah Berger/AP
Carrying multiple people who have tested positive for COVID-19, the Grand Princess maintains a holding pattern about 30 miles off the coast of San Francisco, Sunday, March 8, 2020. The cruise ship is scheduled to dock at the Port of Oakland on Monday. (AP Photo/Noah Berger)

The family of a man who contracted COVID-19 on the Grand Princess and later died is suing Princess and Carnival Cruises, saying the companies should have known passengers on board were sick and should not have accepted more passengers.

64-year-old Ronald Wong and his wife boarded the Grand Princess in March in San Francisco, Mexico. A month later, Wong died in a California hospital after testing positive for coronavirus.

In the lawsuit, Wong's family claims the cruise line and its parent company should have known a passenger on the ship's previous voyage had tested positive for COVID-19.

After reports emerged that several passengers had contracted the virus, the Grand Princess docked at the Port of Oakland on March 9. A total of 131 people aboard the ship tested positive for the coronavirus, and five later died.

The lawsuit filed by Wong's family is one of roughly a dozen filed by passengers on the Grand Princess and their families.

A spokesperson for Princess Cruises said the company does not comment on pending litigation.