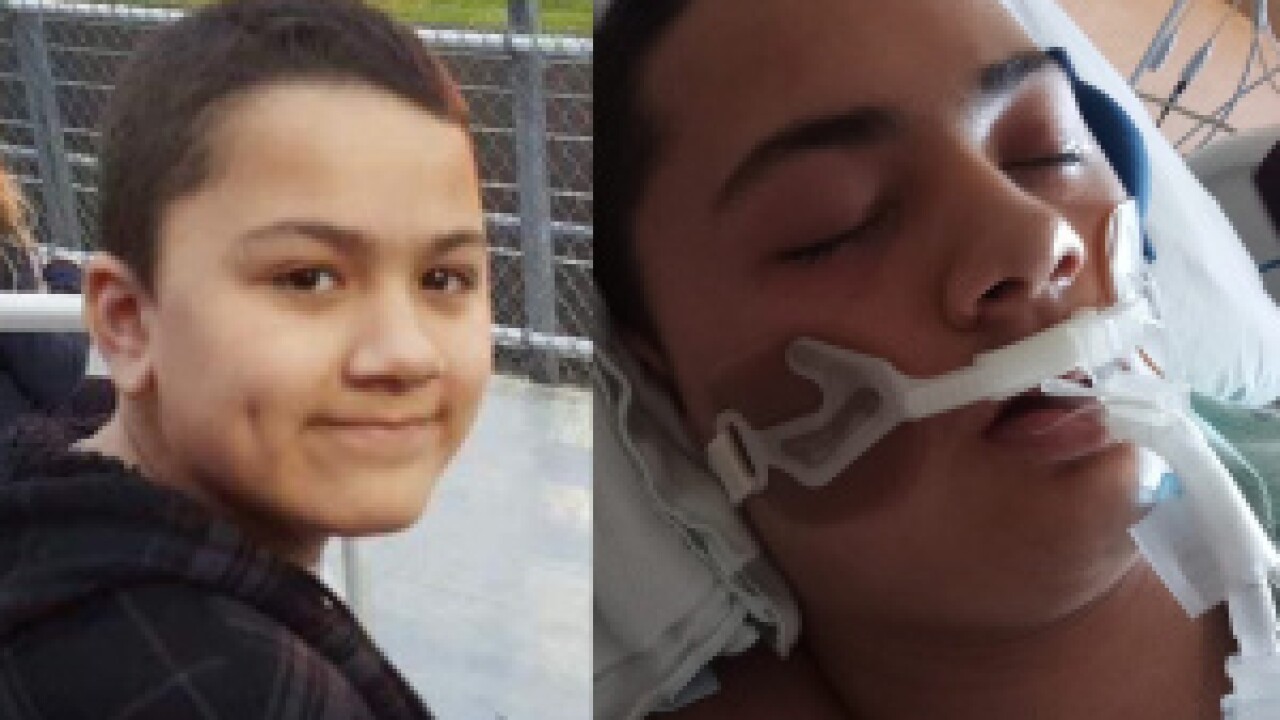 A day after they were given hope that a new facility would treat their 14-year-old son, a Monroe County, Michigan, family says they're again scrambling to find a new hospital to take him

Bobby Reyes was declared brain dead after suffering an asthma attack in late September. Doctors at CS Mott Children's Hospital told the family it was time to say goodbye.

However, they went to court to get more time to find a new facility to take him. On Wednesday the family said a doctor at Allegiant Health Care of Phoenix had agreed to accept him for treatment.

However, the family's attorney now says the doctor did not have the approval of administrators of Allegiant and they have disagreed with his decision.

Beause of this, the transfer will not be taking place and the family posted an emotional video to Facebook saying the plug would be pulled on Friday.

The attorney for the family says he will ask a court for a stay of the decision to end care for Bobby, so the family can find another place to take the teen.

The motion is expected to be heard in court on Friday.