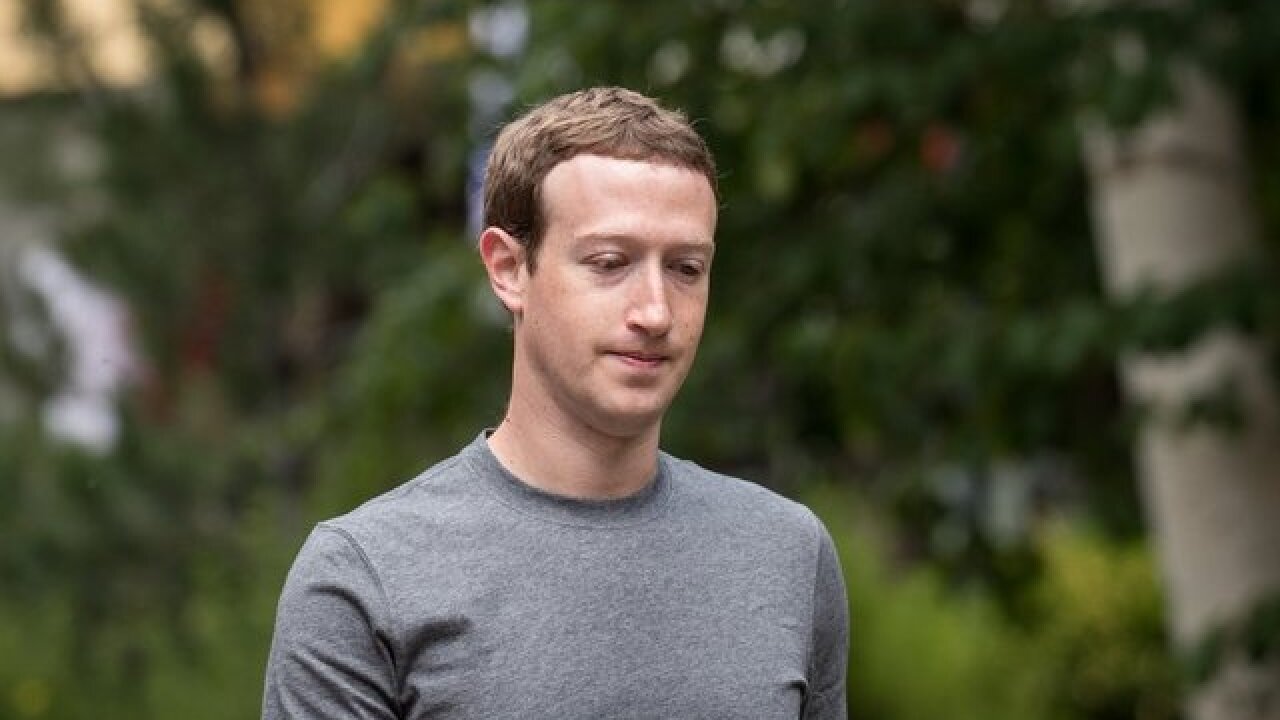 The Facebook CEO pledged in a post on Wednesday to take a series of steps to protect user data and said he is ultimately responsible for whatever happens on the platform.

"We have a responsibility to protect your data, and if we can't then we don't deserve to serve you," Zuckerberg wrote in a Facebook post. "I've been working to understand exactly what happened and how to make sure this doesn't happen again."

News broke this weekend that Cambridge Analytica, a data firm with ties to President Donald Trump's campaign, reportedly accessed information from about 50 million Facebook users without their knowledge.

Facebook says the data was initially collected by a professor for academic purposes in line with its rules. The information was later transferred to third parties, including Cambridge Analytica, in violation of Facebook's policies.

The controversy wiped away nearly $50 billion from Facebook's stock price earlier this week and prompted politicians on both sides of the Atlantic to call for Zuckerberg to testify.

Facebook is now facing lawsuits from investors and users as well as a "delete Facebook" movement. The latest member of the latter: Brian Acton, the cofounder of WhatsApp, which Facebook acquired for $19 billion in 2014.