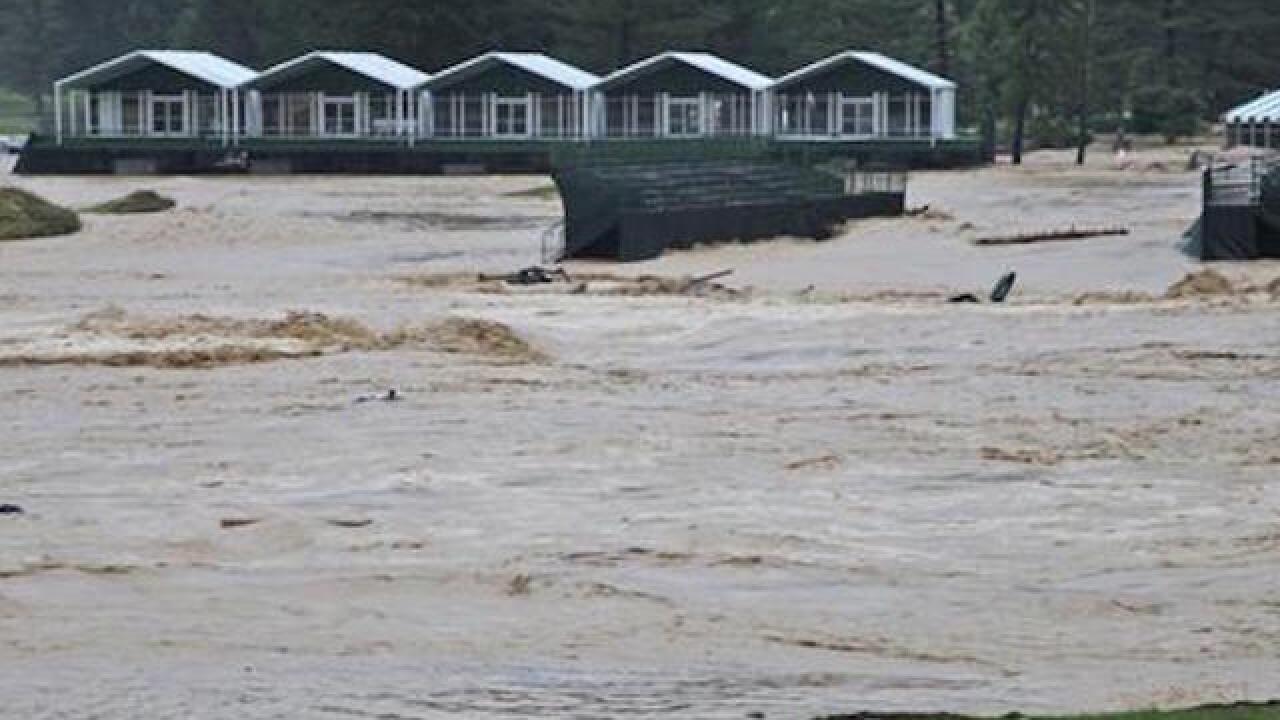 BETHESDA, Md. (AP) — The PGA Tour announced Saturday that the Greenbrier Classic scheduled for next month has been canceled because of the devastating flooding in West Virginia.

The tournament had been scheduled for July 7-10. Tour officials say the Old White TPC at the Greenbrier Resort, the host course, suffered extensive damage from the flooding and "is beyond reasonable repair to conduct the tournament."

PGA Tour Commissioner Tim Finchem said officials were heartbroken by the devastation in West Virginia and offered their thoughts and prayers.

"Canceling the Greenbrier Classic is certainly the most prudent course of action as our foremost concern is the well-being of those who are having to live through this tragic situation," Finchem said.

More than 150 players had committed to playing the Greenbrier, which was set to follow the Bridgestone Invitational. The PGA Tour is at Congressional this weekend for Tiger Woods' Quicken Loans National.

"All of our focus needs to be on helping all of the people of our great state. So many have lost loved ones, their homes, and have no place to go," Greenbrier owner Jim Justice said. "All of us are united with only one common goal: to help the people through this terrible time."

The Greenbrier Classic began in 2010. The PGA Tour is committed to holding the event through 2021.

"We know we will have the opportunity to return again next year and we look forward to that time," Finchem said. "But for now, that is of secondary concern. The priority is safety of the residents and their recovery from this disaster."