Exploding stars responsible for half the calcium in the universe, including our teeth and bones 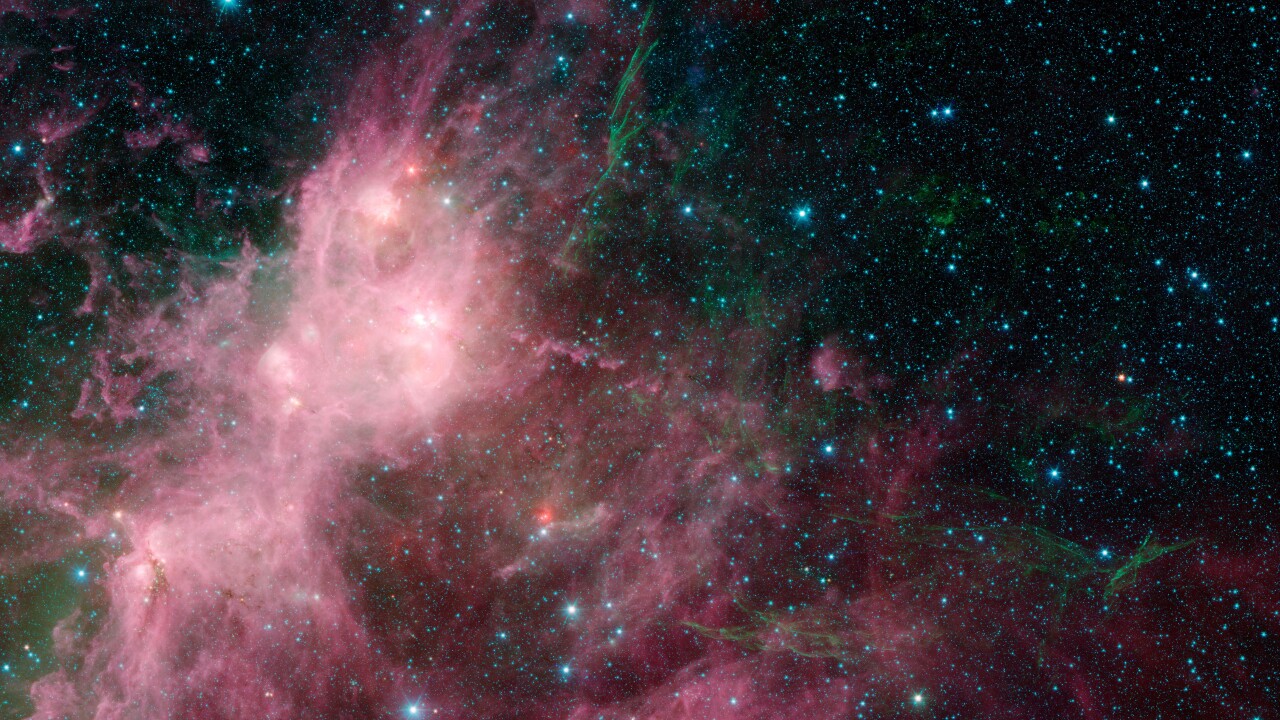 AP
This image made available by NASA shows infrared data from the Spitzer Space Telescope and Wide-field Infrared Survey Explorer (WISE) in an area known as the W3 and W5 star-forming regions within the Milky Way Galaxy. The stringy, seaweed-like filaments are the blown out remnants of a star that exploded in a supernova. The billowy clouds seen in pink are sites of massive star formation. Clusters of massive stars can be seen lighting up the clouds, and a bubble carved out from massive stars is seen near the bottom. (NASA/JPL-Caltech/University of Wisconsin via AP)

Maybe music artist Moby was right, and “we are all made of stars.” New research suggests the calcium in our teeth and bones came from star explosions.

Researchers from Northwestern University looked at a calcium-rich supernova with x-ray imaging, which provided a glimpse into the last month of the star’s life and ultimate explosion.

The findings, published in The Astrophysical Journal, suggest a calcium-rich supernova is a compact star that gives off an outer layer of gas as it’s dying. When it explodes, the star’s matter collides with material, emitting bright x-rays.

The explosion is so intensely hot and high pressure, it allows nuclear fusion to produce a massive amount of calcium in mere seconds. Typically, a star creates a small amount of calcium slowly by burning helium.

Half the calcium in the universe likely came from calcium-rich supernovae.

“These events are so few in number that we have never known what produced calcium-rich supernova,” said Wynn Jacobson-Galan, a first-year Northwestern graduate student who led the study. “By observing what this star did in its final month before it reached its critical, tumultuous end, we peered into a place previously unexplored, opening new avenues of study within transient science.”

The observed explosion was named SN 2019ehk in the Messier 100 galaxy. If that sounds a little too fantasy, just know it was 55 million light years from earth.

“Without this explosion, you wouldn’t know that anything was ever there,” Margutti added. “Not even Hubble could see it.”

The team was able to look at images from the Hubble Telescope of the area of SN 2019ehk before the explosion to compare before and after.

The researchers are working on a follow-up study that includes how the supernova is evolving after the explosion, according to statements made to CNN.