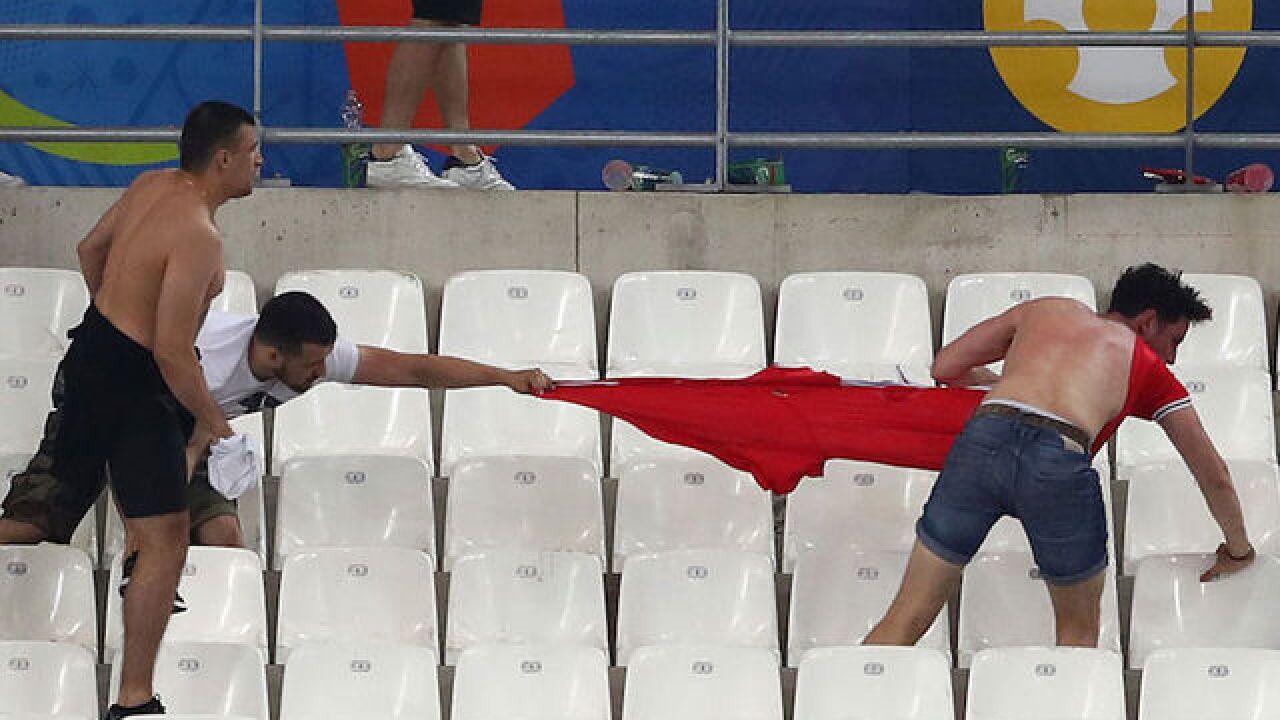 Following the conclusion of the 1-1 draw between Russia and England, fans clashed in Marseille, France, which sent several fans to the hospital.

The day was spent by French police trying to keep the peace as fans converged for the European Championship, a quadrennial soccer competition among European national teams. Saturday marked the third straight day of violence in the French city.

According to the BBC, six people were arrested Saturday. Brittish political leaders are condemning the violence in France given the nation's heightened terrorism threat following last year's attack outside of a soccer stadium in Paris.

The international competition is in just its second day of group play.