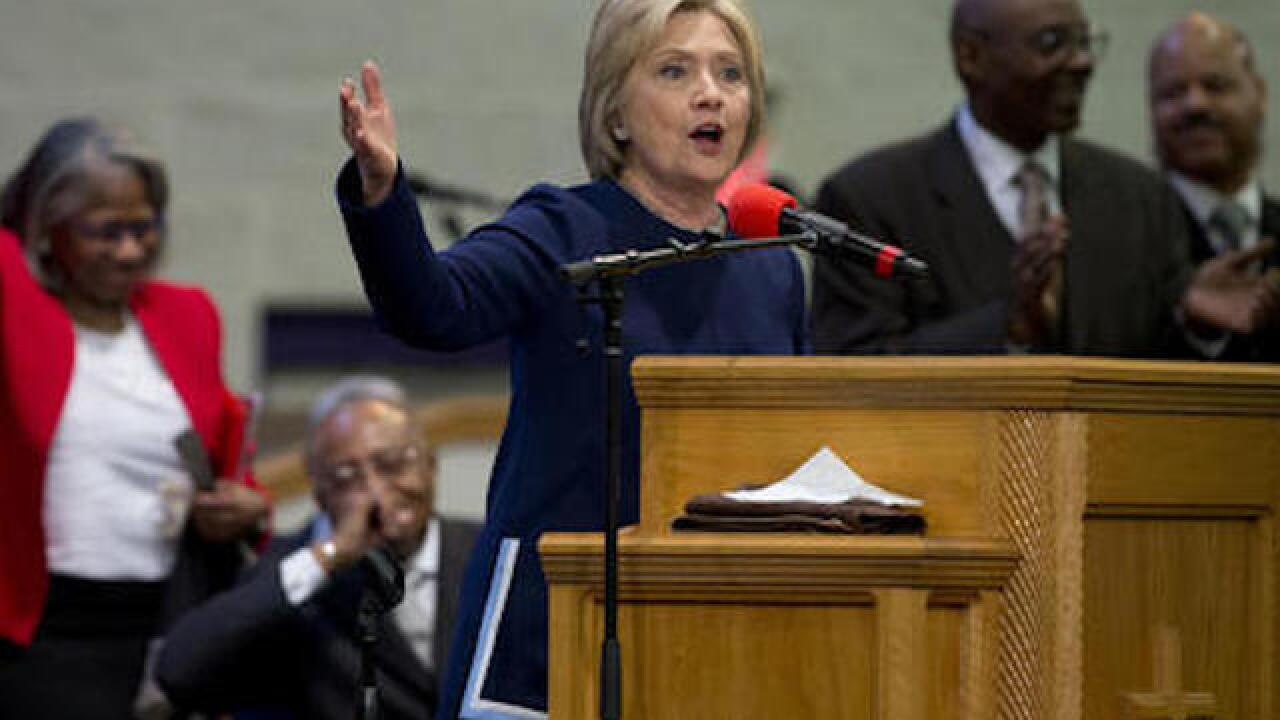 WASHINGTON (AP) — Hacked emails released in daily dispatches over the weekend by the WikiLeaks group showed Hillary Clinton's campaign staff worried about a response to the gay community's backlash over a comment concerning former first lady Nancy Reagan and AIDS. Also among the documents are transcripts of Clinton speeches and question-and-answer sessions that Goldman Sachs hosted in 2013, appearances for which she received hundreds of thousands of dollars.

The documents were among thousands of emails hacked from the accounts of Clinton campaign chairman John Podesta.

U.S. intelligence officials have blamed the Russian government for a series of breaches intended to influence the presidential election. The Russians deny involvement.

Among the revelations from Podesta's hacked emails:

RESPONSE TO BACKLASH FOR PRAISING NANCY REAGAN ON AIDS

Hillary Clinton's aides fretted over how to respond to backlash from the LGBT community after Clinton lauded Nancy Reagan for starting a "national conversation" about AIDS in the 1980s, emails released Sunday show.

Activists blame President Ronald Reagan for what they view as a devastatingly slow response to the AIDS crisis.

Clinton immediately tweeted an apology after her initial remarks last March. But her aides felt the LGBT community was unsatisfied and agreed to release a more detailed response.

An initial draft of Clinton's statement began by stating: "I made a mistake." The line was changed to "I said something inaccurate" with the phrase "I made a mistake, plain and simple" added later.

Hillary Clinton generally avoided direct criticism of Wall Street as she examined the causes and responses to the financial meltdown during a series of paid speeches to Goldman Sachs, according to transcripts disclosed by WikiLeaks.

Three transcripts released Saturday did not contain any new bombshells showing she was unduly influenced by contributions from the banking industry, as her primary rival Bernie Sanders had suggested. Still, her soft-handed approach in the speeches was likely to act as a reminder to liberals in the party of their concerns that the Democratic presidential nominee is too close to Wall Street to be an effective check on its excesses if elected.

Clinton's campaign neither confirmed nor denied that the speech transcripts and leaked Podesta emails are authentic, but there have been no indications that they were doctored before being released.

Clinton told the "Builders and Innovators Summit" she'd had to go on "The Clinton Apology Tour" after WikiLeaks in 2010 published diplomatic cables leaked by Chelsea Manning, formerly known as Bradley Manning. Clinton noted that the cables showed U.S. officials characterizing some foreign leaders as "vain, egotistical, power hungry, corrupt. And we knew they were. This was not fiction."

"I had grown men cry," Clinton recalled. "I mean, literally. 'I am a friend of America, and you say these things about me?'"

Clinton, a few months after departing the State Department in 2013, told a Goldman Sachs conference in South Carolina that she would have liked to see the U.S. intervene in Syria "as covertly as is possible for Americans to intervene."

She added, "We used to be much better at this than we are now. Now, you know, everybody can't help themselves. They have to go out and tell their friendly reporters and somebody else: Look what we're doing and I want credit for it."

Clinton appears to call for eliminating the filibuster rules in the Senate that make a 60-vote threshold necessary to pass most items rather than a 50-vote majority. Clinton says "we need to change the rules in the Senate" and says presidential nominees as well as "policies" deserve "an up-or-down vote."

Republicans are already incensed that Senate Democrats recently changed the rules to eliminate the filibuster for most nominations, an extraordinary step known as the nuclear option.

In the June 2013 speech, Clinton said Chinese President Xi Jinping, who had taken over as the country's leader the previous fall, was "a more sophisticated, more effective public leader" than his predecessor, Hu Jintao. Clinton said she had watched Xi "work a room," adding, "you can have him make small talk with you, which he has done with me." She said Xi's experience of visiting Iowa in the 1980s "was a very important part of his own development."