Drowsy driving is a factor in almost 10% of crashes, study finds 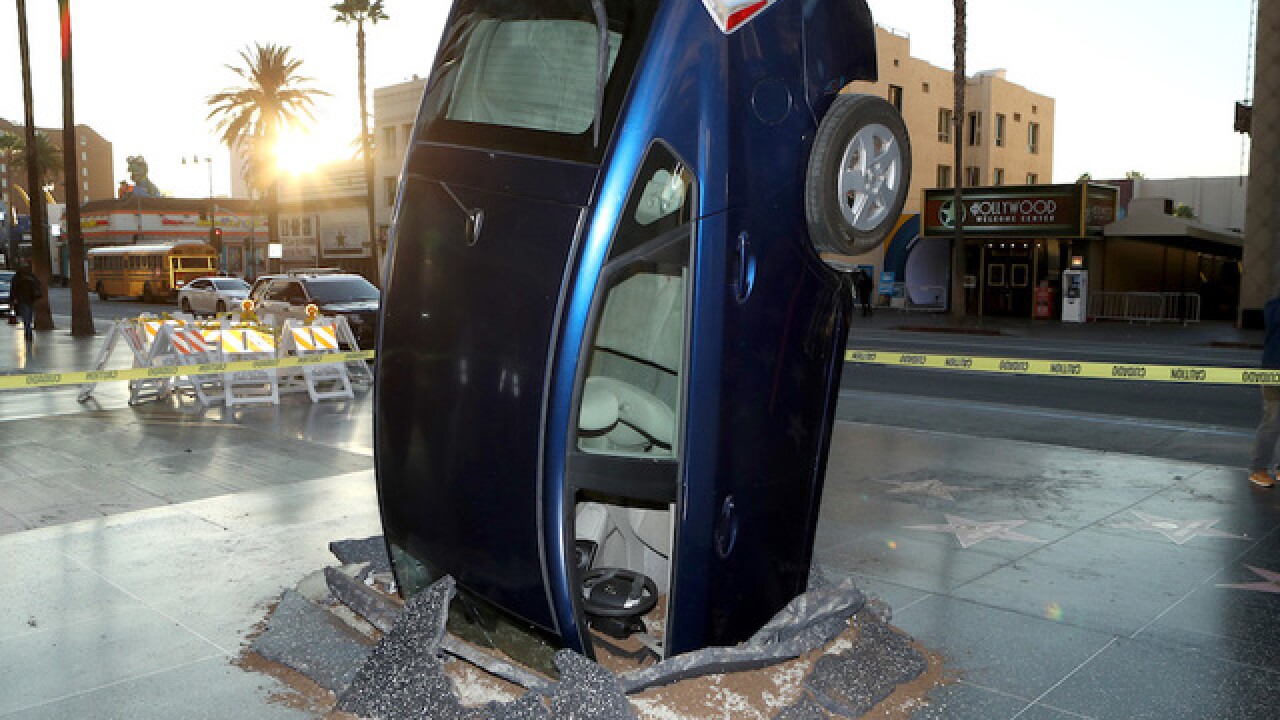 Copyright Getty Images
Randy Shropshire
<p>HOLLYWOOD, CA - NOVEMBER 15: A car 'crashed' into the ground on November 15, 2016 at the Walk of Fame in Hollywood, California, ahead of the launch of Jeremy Clarkson, Richard Hammond and James May's new show, 'The Grand Tour', on Amazon Prime Video, on Friday. (Photo by Randy Shropshire/Getty Images for Amazon Prime Video)</p>

Drowsy drivers are a bigger risk factor in vehicle accidents than previously thought, according to a study published Thursday.

And the problem gets worse when darkness falls. The research, carried out by the AAA Foundation for Traffic Safety, found that the "proportion of crashes in which drowsiness was evident was over three times as great during the nighttime hours," according to Brian Tefft, a senior researcher at the foundation.

The researchers continuously monitored more than 3,500 people from six locations across the US for several months between October 2010 and December 2013, using in-vehicle cameras and other equipment. Of 701 crashes the researchers studied, drowsiness was a factor in 8.8% to 9.5%.

Sleepiness was also a factor in 10.6% to 10.8% of crashes resulting in significant property damage, airbag deployment or injury.

The study says US government statistics indicate that only about 1% to 2% of all accidents involve driving while drowsy, but research has suggested that the problem might be much bigger.

"Experts have long regarded such statistics, derived from police reports based on post-crash investigations, as vast underestimates of the scope of the problem," the study says.

Although the study confirms that crashes caused by drowsy driving are a significant issue, distracted driving and alcohol-related accidents remain an even bigger problem.

According to the nonprofit National Safety Council, 21% of crashes involved cell phones in 2013. The US Centers for Disease Control and Prevention reports that 10,265 people died in alcohol-impaired crashes in 2015, accounting for nearly a third of all traffic-related deaths in the United States.

The researchers say the new study is the first to use the PERCLOS measure (the percentage of time that a person's eyes are closed) to assess the drivers' level of drowsiness. This measure has been shown to be predictive of drowsiness and lapses in attention.

Unlike instances of driving under the influence of alcohol, in which a Breathalyzer can confirm that a driver is impaired, there is no test for a driver who is drowsy.

"Drowsiness is a notoriously difficult problem to detect in an investigation conducted after the fact for a variety of reasons, principally because there is not any clear, obvious evidence for the police to see or measure after the fact like there might be with alcohol," Tefft said.

Some drivers may be reluctant to tell police that they were drowsy, and some may not even recognize that they were. In extreme cases such as fatal accidents, information about what happened before the crash can be lost when the driver dies. This is why data from sources other than police reports -- like in-vehicle cameras -- are necessary to accurately assess how many crashes are caused by drowsiness, according to the researchers.

A 2012 study in the journal JAMA Internal Medicine found that sleepiness while driving carried almost as much risk as alcohol ingestion.

Studies show that after 17 to 19 hours without sleep, you'll be functioning as if you've been drinking enough to raise your blood alcohol concentration to 0.05. Skip a full 20 to 25 hours of sleep, and you'll soon be at 0.1 -- well over the US legal driving limit of 0.08.

A report published by the CDC found that more than a third of adults in the United States reported getting fewer than seven hours of sleep daily. To avoid drowsy driving crashes, motorists are urged to try getting the recommended seven to eight hours of sleep.

"The only true countermeasure to drowsiness is sleep," said William J. Horrey, Traffic Research Group leader at the AAA foundation.