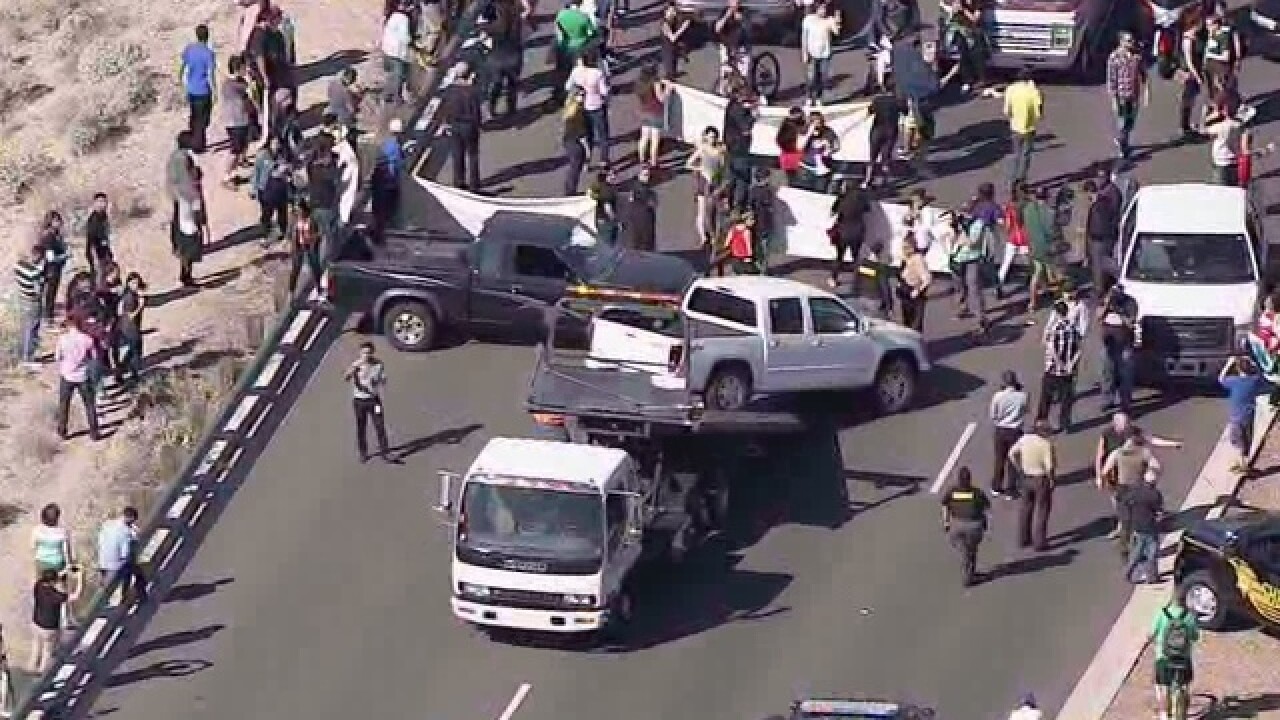 Protesters lined the streets of Fountain Hills, Arizona on Saturday morning to block traffic to the Donald Trump rally.

A tow truck was able to move two vehicles but the protestors remained. At one point, a jeep plowed into the protesters. No one appeared to injured.

No arrests were made.