Dollar store $1 steak? We put it to the test 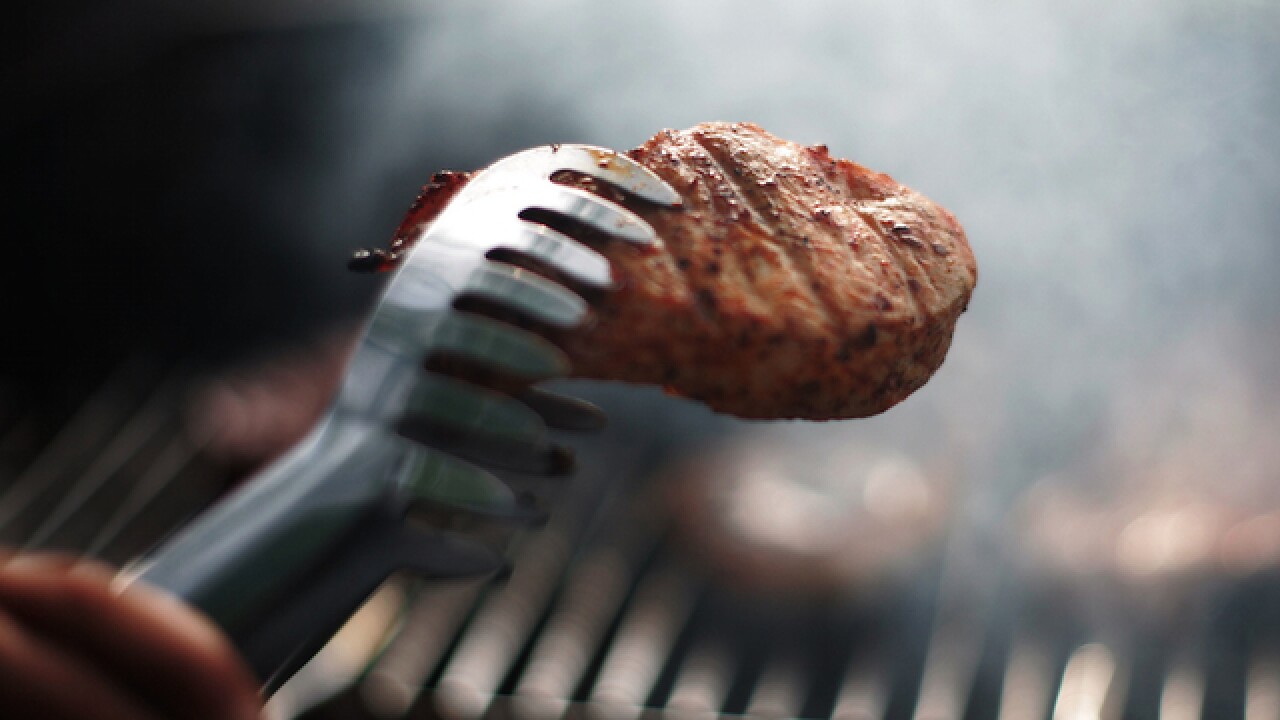 With good steak now costing more than $20 a pound, a grill out can bust the budget.

So we decided to try out some new dollar store steaks that cost just $1 each, to see if they are the real thing or a case of "don't waste your money."

"You have Choice, which is a great cut, and then you have Prime," he said.

And then you have dollar steaks from the dollar store. No joke: We went to Dollar Tree to buy a frozen piece of "USA Beef" selling for just $1, not a penny more.

But is it really steak? Bleh says yes, it's what's called a "utility" cut, the part of the cow used in institutional kitchens.

"A lot of times what you are dealing with, with utility tenders, might be bulls, or a lower grade of beef," he said.

We Put them to the Test

So to compare, he cut us a couple of fresh, Choice-grade ribeyes.

We then found some guys who know a good steak, hardworking firefighters at a nearby fire department.

They agreed to do a taste test during one of their breaks from fighting fires, responding to accidents and all the other helpful things they do during a day.

It was a tough sell to these tough men, who shook their head when they saw the thin dollar store steak come out  of its shrink-wrapping.

Todd Kleier was polite about it, saying "usually steak we spend a little bit more, get a better cut."

But he agreed to fire up the Char-Broil, then put all three different steaks on the sizzling grate.

The thin dollar store steak was done in minutes. No surprise, since it weighed in on our scale at just four ounces, and after cooking shrunk to a mere 1.9 ounces ... most likely a result of its "30 percent tenderizing solution" listed on the label.

Fire Chief Gary Auffert said it didn't taste too bad, but then said, "It's pretty chewy, tastes a little rubbery." Kleier agreed, saying, "yes, its definitely very rubbery. The flavor is OK, but it's chewy."

We then asked them to taste the fresh ribeyes from the butcher shop and supermarket.

It was not even close: Our firemen all preferred the butcher shop steak.

Chief Auffert said right away, "It has a better flavor, tastes more like steak."

Joe Marrin agreed, saying "the fat in the butcher's cut really gives it a lot of flavor. Yes it's the best one." Kleier though, really liked the supermarket cut. "That's good, good texture, good flavor," he said.

The dollar store steak had few takers. "Uh ... I guess it was meat," one firefighter said.

But it is real meat, prepared by a company that specializes in food for the military, schools and other institutions, and it meets all USDA guidelines.

Joe Marrin put it best. "It's not terrible," he said.

And at just one dollar per steak, Dollar Tree employees told us they are flying off the shelves this summer. (It was even sold out at the first store we checked.)

Some food blogs say the one dollar steaks are great for steak sandwiches, stir fry, or mixing into steak fajitas, since they are already thinly cut.

So if you are not sold on buying these for a neighborhood cookout, consider some alternative uses, and that way you don't waste your money.