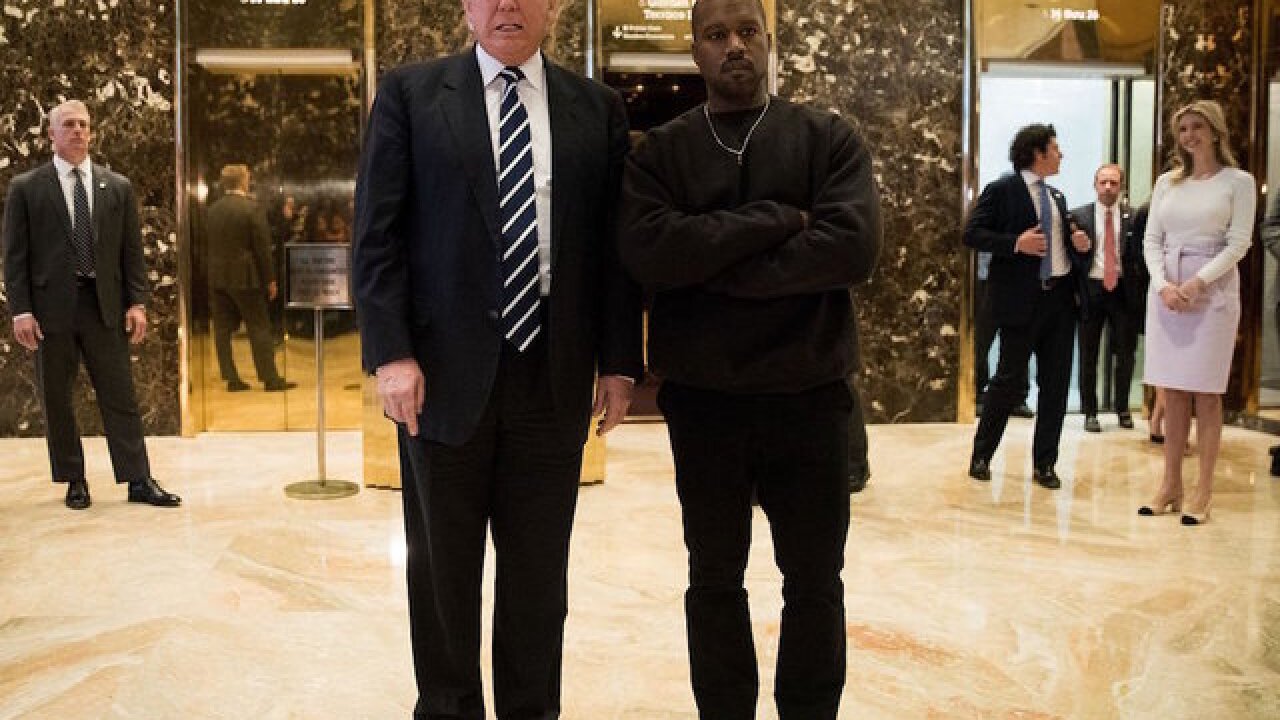 © 2018 Cable News Network, Inc.
Drew Angerer/Getty Images
<p>Kanye West has doubled down on his support for Donald Trump, releasing a new song amid days of mounting controversy over his outspoken backing of the President.</p>

Kanye West's recent comments outraged a lot of people this week. And there's one group who no longer wants to hear any of it: the morning show hosts at Detroit radio station 105.1 The Bounce.

During a Facebook live video of the station's early show on Thursday, The Morning Bounce's hosts Shay Shay and BiGG announced they'll no longer play the rapper's songs.

On Tuesday, West appeared at TMZ's headquarters, where he said: "When you hear about slavery for 400 years ... For 400 years? That sounds like a choice."

During the Thursday morning radio show, Shay Shay also called West "reckless" for saying icons like Martin Luther King, Jr. and Malcolm X are "too far in the past and not relatable."

The Detroit hip-hop station is not alone.

The next morning, Hot 97, where Darden's show airs, tweeted , "'The Kanye boycott has begun.'"