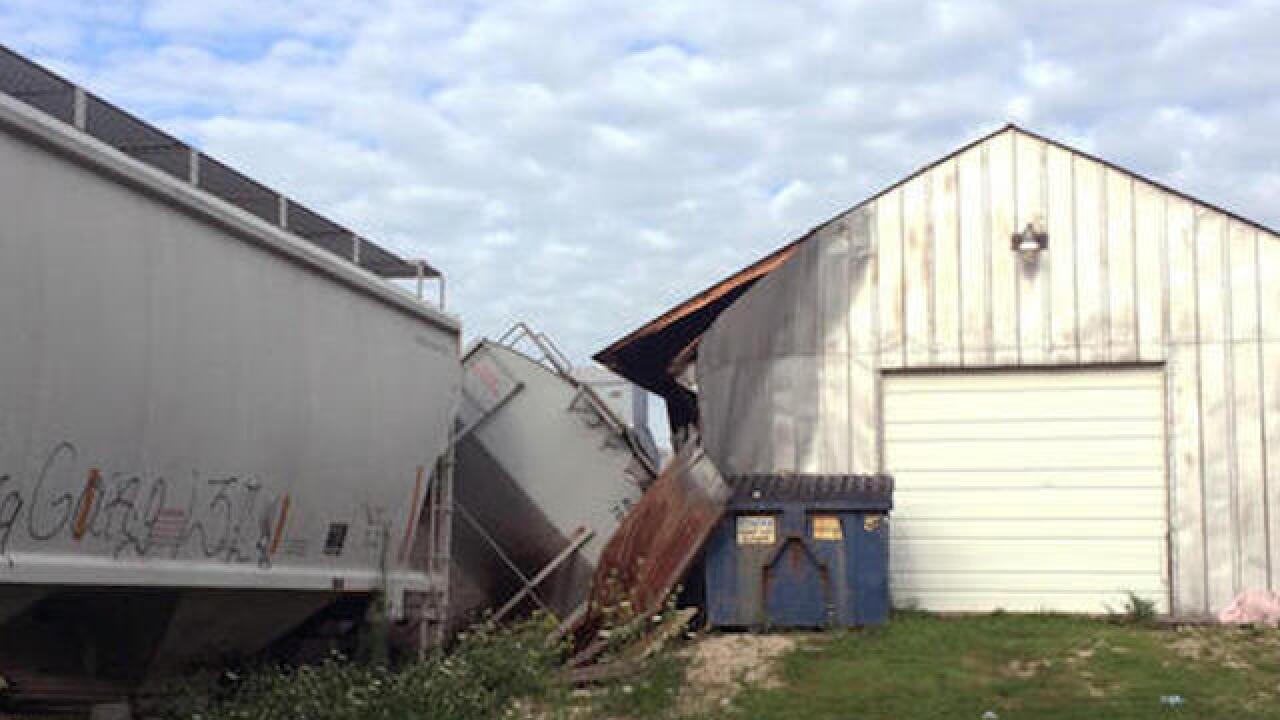 Police Chief Hugh Anderson says the accident occurred around 4 a.m. Tuesday as crews moved rail cars and changed connections in Charles City. He says it appears that the track separated and the grain car tipped about 45 degrees into the back of the bar.

Anderson says a patrol officer called him to say a train car had derailed into Derailed, adding that "it's not every day you get to say that."

Charles City is about 140 miles northeast of Des Moines.